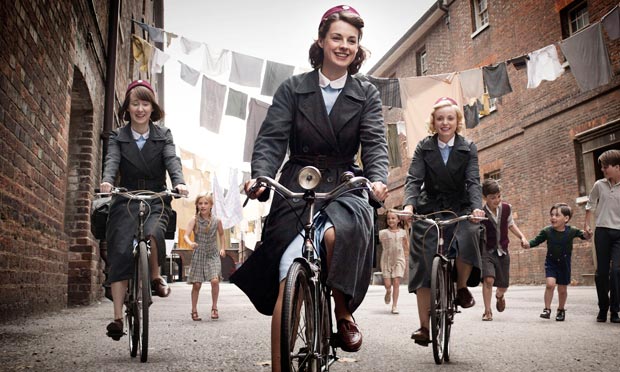 ~ Written for the Period Drama Challenge at Old-Fashioned Charm ~

Call the Midwife series 5 is showing on the BBC at the moment, and although I’ve seen a few episodes here and there over the course of the show (and always enjoyed it) it’s never been something I’ve watched religiously. I’ve not seen a single episode of the new series, so I thought it was about time I caught up – I’ve gone right back to the beginning, with the joy that is Netflix, and started watching from the very first episode of series 1.

Call the Midwife, based on Jennifer Worth’s memoirs of the same name, tells the story of a group of young midwives working in the East End of London during the 1950’s. (I know – I’m breaking the challenge rules, but I still think 50’s and 60’s counts as period drama.) It begins as nurse Jenny Lee comes to stay at Nonnatus house, an Anglican convent (who knew you got Protestant nuns?) and home for midwives. Jenny soon finds that her job isn’t going to be easy, but inevitably it’s also hugely rewarding, and it’s this conflict that sets the tone of the show.

Despite the cosy title music, period setting and dreamlike narration from Vanessa Redgrave at the beginning of each episode, Call the Midwife is definitely not for the squeamish. It might be broadcast at the Sunday teatime slot, but it’s not always an easy watch. I’ve cried at pretty much every episode so far - some of the stories are so sad, but there are also a lot of happy moments and plenty of humour. It's a good balance. The show tackles some huge issues – obviously birth, death and relationships – but also religion, poverty, disease, family, society, prostitution, even incest at one point. The midwives’ own stories are usually secondary to that of the patients and their families, so each story is usually seen from an outsider’s perspective. But the characters involved are always treated with empathy, as real people, not stereo-types. There’s a real warmth to the show and the kindness shown by the primary characters on a regular basis is one of the things that makes it so special. It’s a nice show, that depicts the best of human nature in some of the most difficult circumstances. In fact, the nuns in particular are so non-judgemental that I’d find it hard to believe – if it wasn’t that way in the book too. 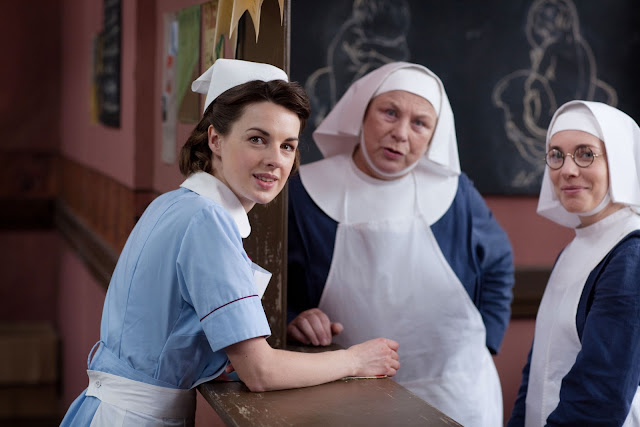 There are a few Call the Midwife books (I’ve read most of the first one…) and a lot of the stories (from the first book anyway) do make it into the show, especially the first series. Obviously a lot of new plots have been created, as have new characters and story-lines for existing characters. Some main characters – Cynthia for example – are also a bit different in the book. The tone of book and series is very much the same, although I’d say the show has more happy stories than the book does. The book’s a pretty easy read, but even more intense than the show. 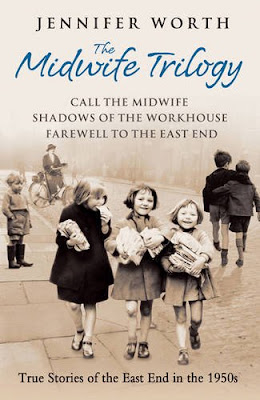 I love the friendship between the midwives, although they’re all so different, and even in later series when the line-up changes a bit, the new characters fit in great. My favourites are Trixie (the glamourous one) and Chummy, played to perfection by Miranda Hart in her first ‘serious’ role. There’s a few other famous faces too: Jenny Agutter (Bobby from The Railway Children) plays the reverend mother, Sister Julienne and Pam Ferris (Miss Trunchbull from Matilda) is the no-nonsense Sister Evangelina. 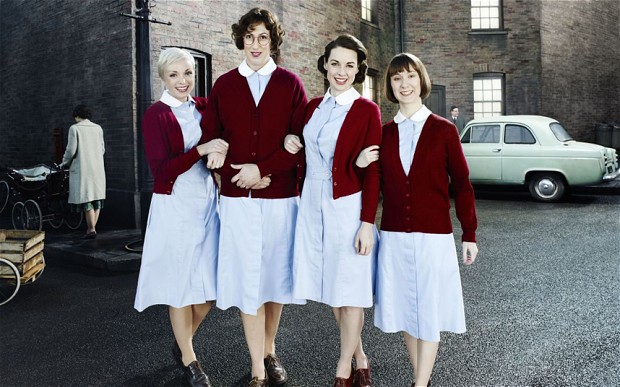 As it’s a show about midwives, we do always get a childbirth scene. Sometimes more than one. Like I say, it’s not for the squeamish. There might be sugar coating elsewhere, but the birth scenes are always realistically messy. I do wonder, though, who exactly puts their tiny babies up to play the new-borns? Someone’s pushing their acting careers very early. 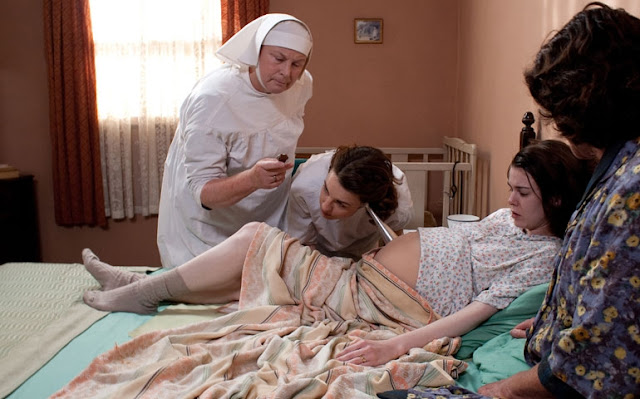 The midwives aren’t always on duty though, which is good, because it means we get some light relief, and also some lovely costumes. I especially love Jenny’s clothes – those fifties skirts and little jumpers. I hadn't though about it but she wears a lot of yellow. Trixie always look fab too. I think her white dress (below right) is one of my favourite outfits. 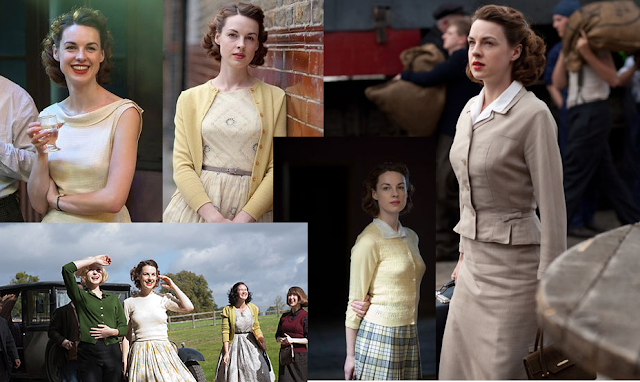 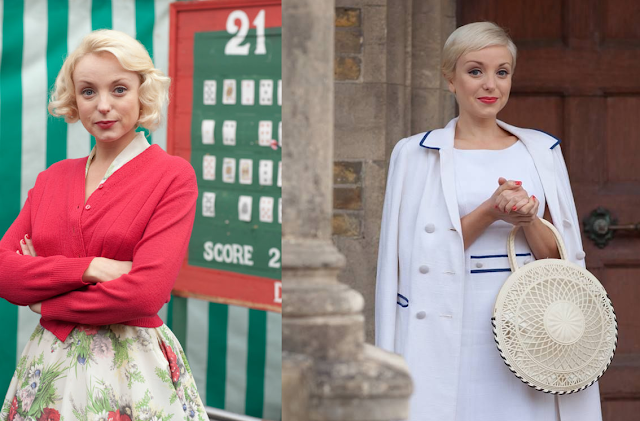 Overall, I would really recommend Call the Midwife. If you like a good weepy, a good laugh, and can cope with a lot of grim medical realities and poverty, then this is for you. It’s a got a real old-fashioned feel, although it doesn't shy away from the hard-hitting stuff, and the characters are easy to relate to. The only thing I’d say is that every episode is quite similar, so you can’t really binge-watch. You have to leave yourself a bit of a breather - or at least time to dry your tears and compose yourself anyway.