Page to Place 2# Cranford (A.K.A Knutsford) 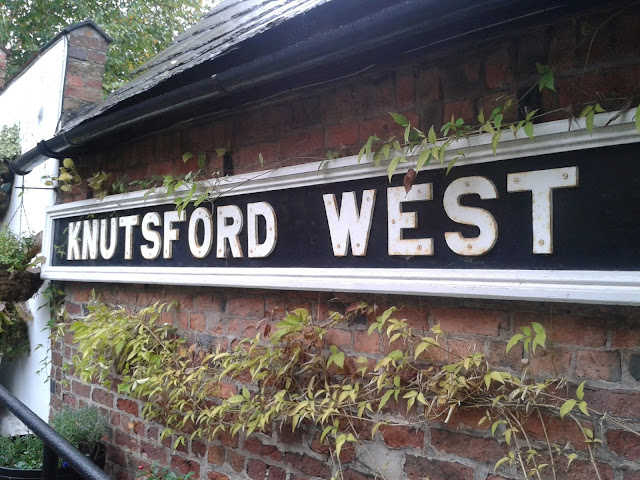 Last week I went to visit my friend Hannah, in her home town of Knutsford in Cheshire. We went into Manchester for a bit of shopping, a film (Crimson Peak - would recommend!) and a meal at the Hard Rock Cafe, and the following day we mooched around Knutsford itself. This was a great opportunity for another 'Page to Place' (see: the Forest of Dean) as someone else who once called the town home, was the Victorian author Elizabeth Gaskell (North and South, Wives and Daughters) who's novel Cranford is set in a fictionalised version of Knutsford. 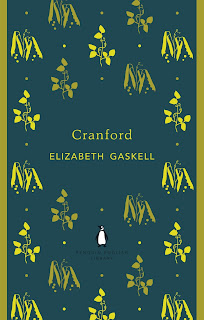 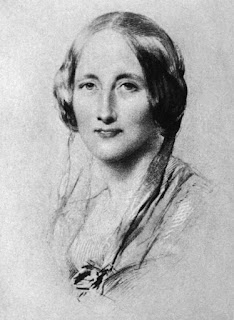 Cranford - first published in 1851, as a serial in the Charles Dickens edited journal Household words - tells the story of a small town, its people and the changing customs and values within it. A collection of comic stories about everyday life, Cranford is a cosy (edit: just re-watched the series and that is definitely not cosy. More like emotional roller-coaster, seriously.) old-fashioned sort of book, that affectionately portrays life as Elizabeth Gaskell knew it. It was also adapted as a BBC series in 2007 (that's the best known version, anyway) starring Judi Dench. Michael Gambon, Imelda Staunton, Jim Carter, Phillip Glennister - oh, there's loads in it.

They didn't film in Knutsford because, as Elizabeth Gaskell predicted, the place has changed with the times - but it's still a nice little town, with many of the original buildings still in tact - albeit with modern shop signs etc. The town is impressively old, having apparently been visited by King Canute (the name derives from 'Canute's Ford') and is recorded in William the Conqueror's Doomsday book of 1086. But the place is definitely more Elizabeth Gaskell's Knutsford than Canute's. There are plenty of plaques about, telling us where the people Gaskell based her characters on were supposed to have lived, or marking places she used to visit. I got a bit snap happy with all the plaques, the locals probably though I was a crazy tourist.

(Some of the original cottages) 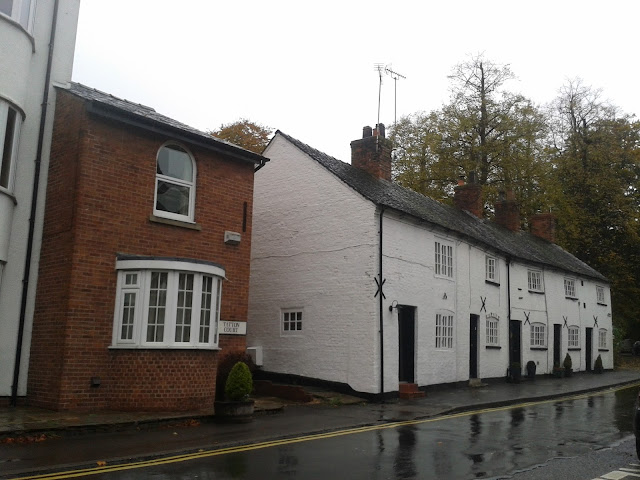 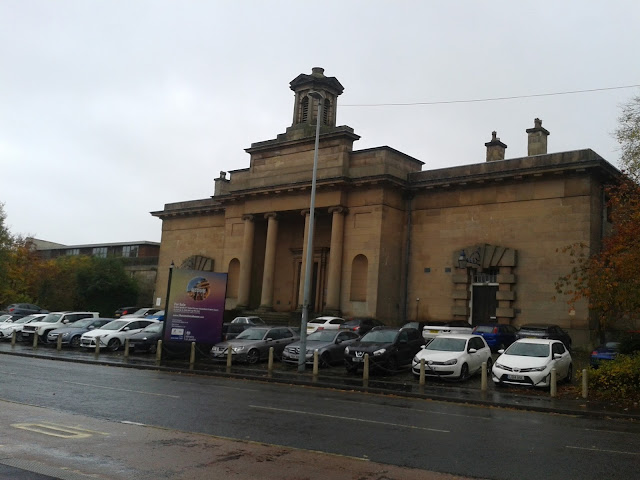 Elizabeth Gaskell is actually buried in Knutsford too, so I went to see the grave as well. A bit morbid, but there you are. She's buried in the churchyard of the chapel where she used to attend services. 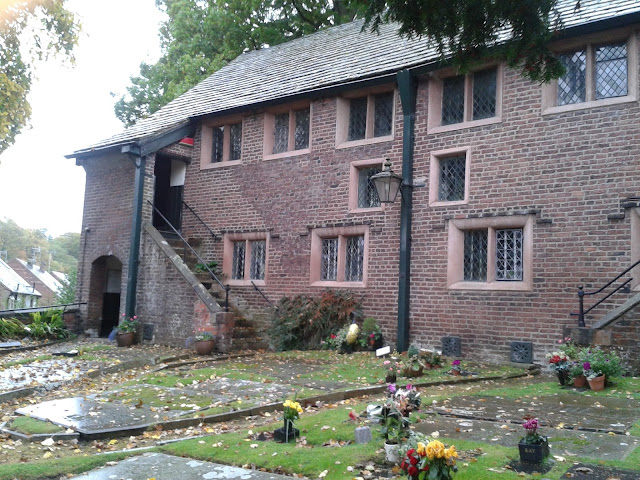 As a place, I'd say Knutsford still retains some of the old-fashionedness depicted in Elizabeth Gaskell's novel. They still have a May Day parade each year, with floats and kids dressed up as traditional things like Henry VIII's wives, and they crown a little girl as May Queen (picked by the ladies in the WI!) The first May Queen was actually crowned a few years after Gaskell died, but it still seems like a tradition from another time. Hannah took me into the heritage centre to see the original May Queen dress and some of the crowns from over the years. 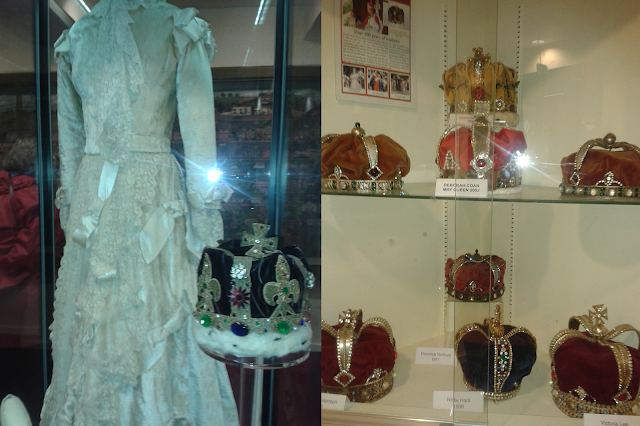 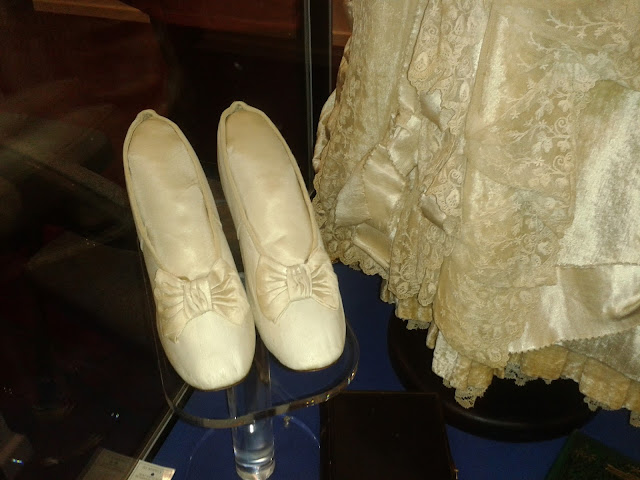 Also in the heritage centre is a tapestry - just made a few years ago - by the school children and people of the town (Hannah discovered she's down in the official book, as she did a few stitches) which depicts whole of Knutsford in what looks a bit like cross-stitch. And it looks really good! 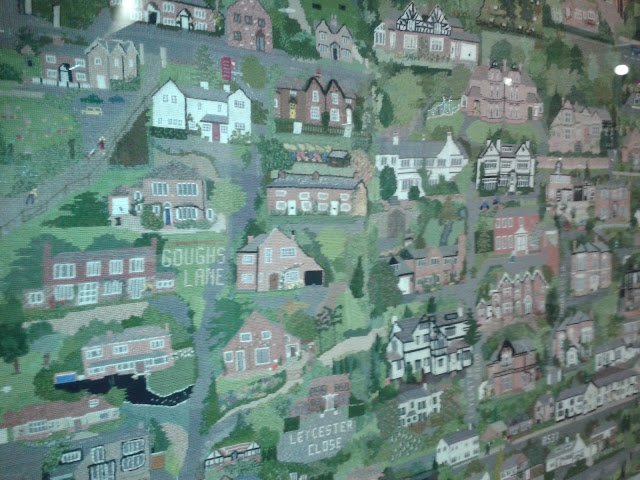 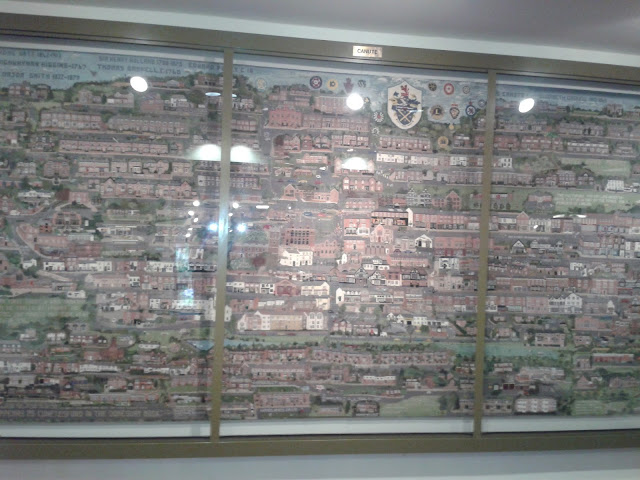 (I've probably included enough pictures by now, but as I've got more and I made Hannah stand about in the rain while I took them, I feel duty bound to include them here. So here's some more of the sights of Knutsford...) 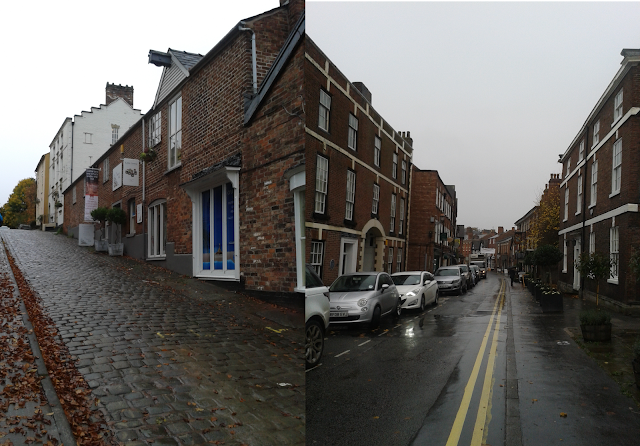 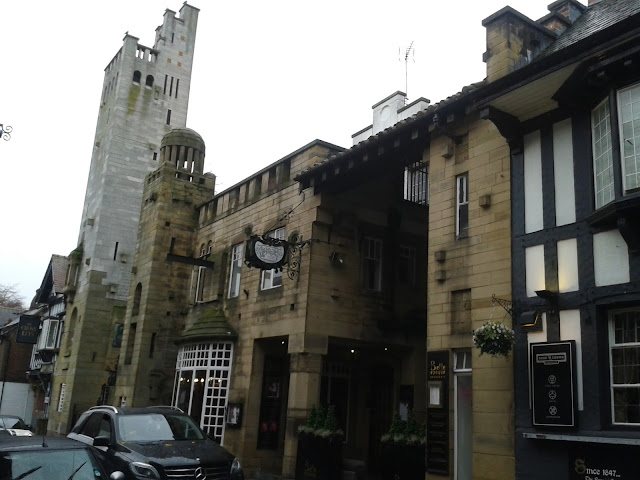 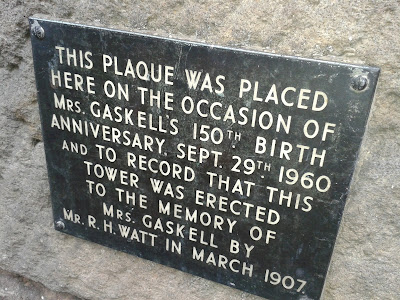 (The church where Elizabeth Gaskell was married) 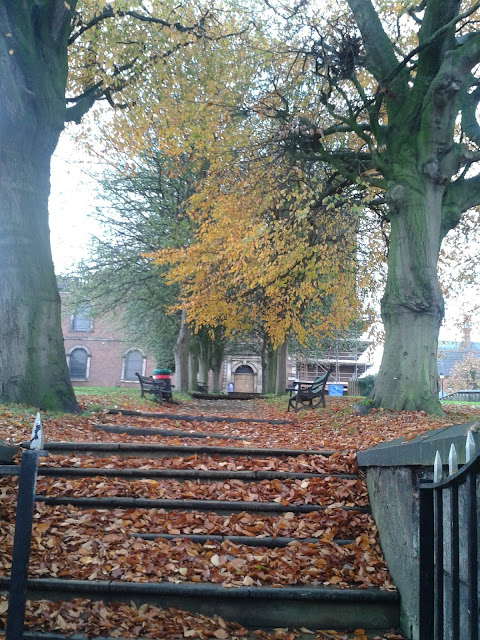 On the borders of Knutsford, is also the entrance to Tatton park - I haven't been into the grounds but I have been down by the lake. The house itself is featured in loads of period dramas, most notably Pride and Prejudice... 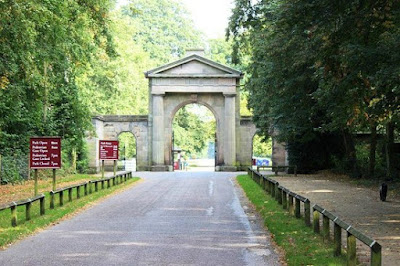 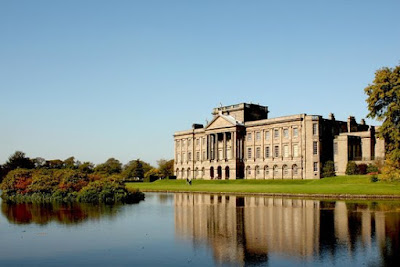 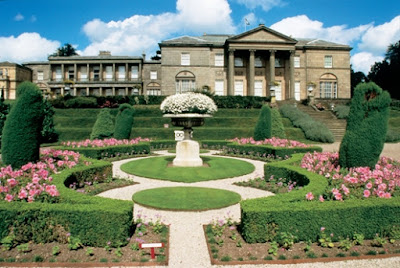 So there we have it. Knutsford is an interesting sort of place, and people love Cranford. The book is one of Elizabeth Gaskell's best known, and the series was really successful - so much so that they did a Christmas special - Return to Cranford (Tom Hiddleston was in that one.) It makes a good subject for a Page to Place to, so thanks to Hannah for showing me around!