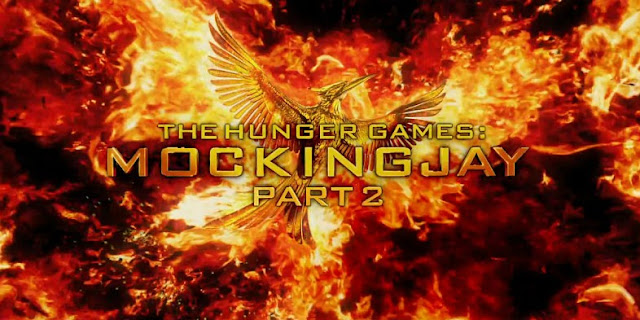 Based on the second half of the final book in Suzanne Collins' best selling Hunger Games trilogy, Mockingjay: Part 2 is the last film of the series and the end of an era. As a big fan of the first two novels, I felt majorly let down by Mockingjay the book, but hoped that some of it's issues would be ironed out on the big screen. I was right to hope. Stretching the least loved of the series out into two movies was a risk, but (although I still think they could have done it in one) the tactic worked. The Mockingjay films were better than I'd hoped and 'Part 2' is a worthy finale.

For those who don't know, the series is set in a dystopian vision of North America, where every year, each of the twelve districts that surround the affluent Capitol must send two school age children to compete in a battle to the death known as the Hunger Games. Katniss Everdeen (played in the films by Jennifer Lawrence) is the bow-and-arrow-toting heroine, who volunteers for the games in place of her sister in the first book, and by Mockingjay has helped stir up the oppressed districts into full blown war against the Capitol. 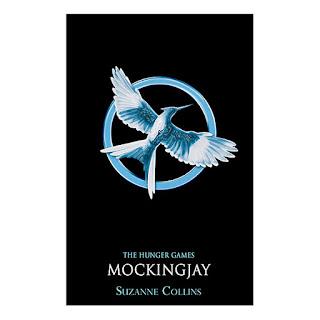 Mockingjay is the first of the novels not to feature the Hunger Games themselves, as Katniss is now in District 13. Grim and militaristic,  the people of Thirteen seem to see themselves as revolutionaries, but all they've ever done is hidden themselves away underground while the other districts suffered, and now they're letting the districts fight their battles for them. I hate Thirteen, I really do. (Plus, they have Nuclear weapons! Not that I'm pro-nuclear or anything, but couldn't they have nuked the Capitol long ago?) The first half of the book takes place almost solely in Thirteen, where Katniss spends the majority of her time doing propaganda films, when she should be on the front line.  As well as the new setting, we're also missing some key characters  - Peeta and Joanna are prisoners in the Capitol for the early part of the book and when we do get them back, Peeta isn't... Peeta. I love Gale (and if I was the one in the love triangle, he'd be my pick) but the fact is that Katniss is more interesting when Peeta's about. There's more of a contrast between the two characters, and Katniss can get on with her life instead of worrying about Peeta (Gale can look after himself, she doesn't need to worry about him.) Speaking of side-lined characters, what is the point of Delly Cartwright? A new and largely pointless addition in Mockingjay,  couldn't Delly's role have been filled by Madge, a character who was set up to be important in the first two books, before Collins appeared to forget about her. (In the film they replace Delly with Prim - just as they replaced Madge with Prim in The Hunger Games, she gave Katniss the Mockingjay pin.) 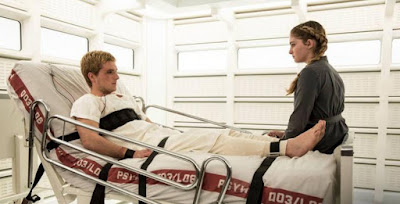 So lack of Peeta and a definitive structure are some of the problems, but basically, the final book just wasn't as good as the first two. It was confusing, it was boring a lot of the time and it was depressing. When our protagonist finally re-locates to the Capitol I lost the plot completely. What was a pod? Why were they in the sewers? Where have all the Capitol's inhabitants been evacuated to? I loved parts of the ending (although not certain deaths) but the tone was off. I understand that Suzanne Collins was trying to show the life-long effects of war, but that doesn't exactly make for a triumphant conclusion. Everyone was too damaged to be happy, so I wasn't happy. And why was Gale dismissed so easily? Being such a big part of Katniss's life, it was cruel not to give him a happier ending. 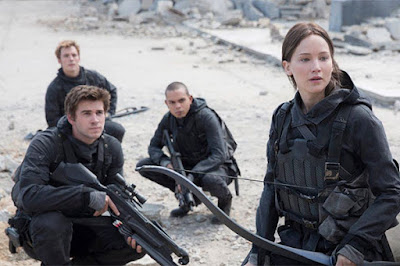 Anyway, I was hoping the film would help me envision the story better. I liked 'Part one' although, admittedly, it was a bit slow and Mockingjay (Part 2) definitely stepped it up a gear. A faithful rendition of the novel with only a few minor differences, it definitely made sense of some of the more confusing scenes from the book, and characters that had been meaningless names to me on the page - Boggs, Cressida, Castor, Pollux - became real people I could differentiate between. Unlike in the book, Katniss isn't sent to the front, instead she stows away in a carrier, while Joanna covers for her back in Thirteen. She doesn't kill an innocent Capitol woman, she doesn't have a visible breakdown and she voluntarily goes back to District 12 rather than being exiled. None of these departures bothered me much, but I do think they should have made more of the big pivotal death of a beloved character towards the end.

Overall this was a very good adaptation, of a mediocre book, in an otherwise fantastic series. This was also the film in which I finally 'got' the buzz around Jennifer Lawrence. I knew she was good, but this, I thought, was her most powerful performance as Katniss so far. Her speech to the loyalist soldier who holds the gun to her neck was my personal highlight. The rest of the cast do a good job too (Donald Sutherland as President Snow is perhaps the stand-out) although I wish there had been more chemistry between Katniss and Liam Hemsworth's Gale. There's some there with Peeta, but you never really feel the heat between Lawrence and Hemsworth - which is odd, for two such beautiful people.


This film had plenty of action, stirring themes of revolution, inequality and terrorism, (although I did think the 'radicals' sneaking into the city disguised as refugees felt a bit awkward considering the current situation) there was some great acting and it stuck mostly to the book. Catching Fire is still my favourite, but Mockingjay Part 2 gave it a good run for it's money. Definitely worth a watch.

The Book - Disappointing compared to the fast-paced first two books, but still some great scenes.

The Film - Action packed and stirring with some strong central performances. A fitting finale.