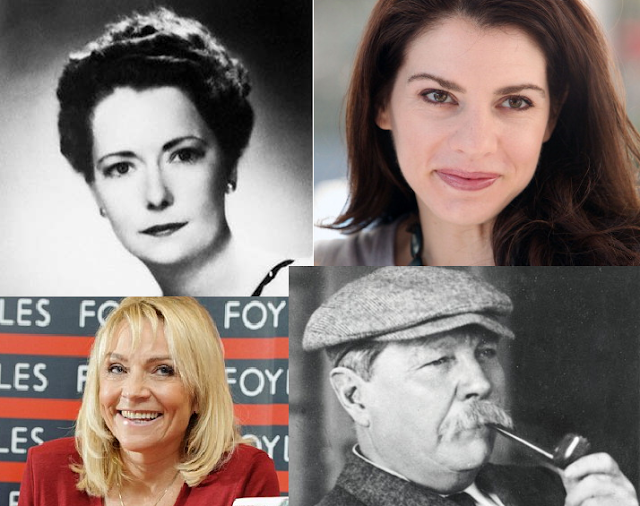 Bit of a random post, this one, but something I've been thinking about for a while. Often, when I read a book or watch a film, I'm struck by how much I empathise with the central character. You might say this is just good writing - you want your protagonist to be likeable, relate-able. But often there's more than just an 'everyman' quality to these characters. Being honest, I think I usually have more in common with characters in books, than I do with people out in the real world. Why is this, then? Well, my theory is that authors put more of themselves than they realise into their characters - that's the common factor. These characters, they're all booky/writery types. How often do you meet a character, in film or fiction, that wants to be a writer? A lot. How often do you meet aspiring writers in real life? Well, still a lot, to be fair. But not as much. They say write what you know, but do you really just have to write about yourself?

I'm not saying it's impossible to create an individual character, but it's also easy for a writer's own traits to sneak into their character profiles. That's physical as well as personality traits mind you. Again, this is just a little theory I've got, but have a nosy at the pictures below, and see if you don't agree with me. Just a little bit? 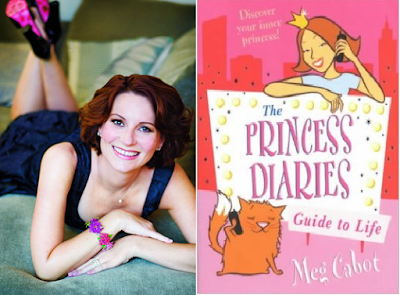 So Meg Cabot doesn't look all that much like Anne Hathaway, who played Princess Mia in The Princess Diaries films (although, she's not strikingly un-like...) but when I first saw a picture of her I though she looked just how imagined the Mia Thermopolis - although obviously older. The triangle shaped hair (not to be rude or anything) that Mia goes on about  - like "an upside-down yield sign" - is definitely there. And she's tall too.

"...It was an arresting face, pointed of chin, square of jaw. Her eyes were pale green without a touch of hazel, starred with bristly black lashes and slightly tilted at the ends. Above them, her thick black brows slanted upward, cutting a startling oblique line in her magnolia-white skin."

Now this one is weird, right? The above quote is from the first page of Gone with the Wind. I don't know what colour Margaret Mitchell's eyes were, but I'm betting they were green.

"In my head, Bella is very fair-skinned, with long, straight, dark brown hair and chocolate brown eyes. Her face is heart-shaped—a wide forehead with a widow's peak, large, wide-spaced eyes, prominent cheekbones, and then a thin nose and a narrow jaw with a pointed chin. Her lips are a little out of proportion, a bit too full for her jaw line. Her eyebrows are darker than her hair and more straight than they are arched. She's five foot four inches tall, slender but not at all muscular, and weighs about 115 pounds. She has stubby fingernails because she has a nervous habit of biting them."

There isn't a specific description of Bella in the Twilight books (they're from her point of view after all) but she does go on about her paleness, and the dark hair with hints of red in it. Reading the description above though (from a Q&A with Stephanie Meyer on her website) Meyer could basically be describing herself, don't you think? Or her teenage self, anyway.

The above pictures were the cases in point that I could back up with proper descriptions from the books. Below - well, these were my other findings. In a lot of these cases, it's probably the casting directors, writers or producers that have made the decision to go with an actor very like the author in appearance (or made-up to look like them). We don't know for certain, for example, the colour of Elizabeth Bennet's hair (I don't think - correct me if I'm wrong!) or what Bridget Jones really looks like. But similar personality traits to the author, and a similar 'aura' if you like, means that the below castings didn't seem out of place. 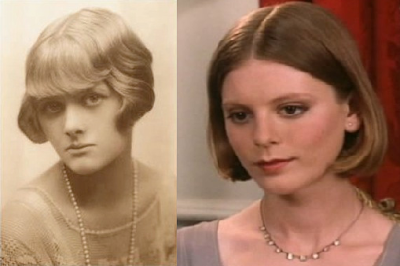 The heroine of Rebecca envies the titular character's dramatic colouring and thinks of herself as a plain, drab person. From the above picture, I'd say that Daphne Du Maurier was actually quite beautiful, but you can see how she might be considered little and mousy. Emilia Fox cuts a similar figure, playing the second Mrs. De Winter in the 1997 mini-series (which also stars Charles Dance as Maxim and Diana Rigg as Mrs. Danvers.) 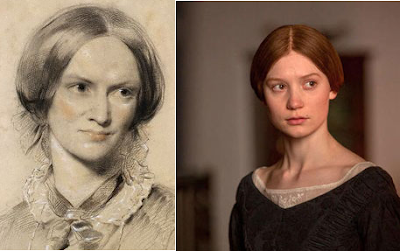 Charlotte Bronte wasn't celebrated for her looks as far as I can gather, and she emphasises her heroine's plain appearance in her most popular novel, Jane Eyre. For some reason it's a huge struggle for film-makers to cast a plain leading lady (I wonder why!) but they do at least try to make-under the stunners they cast. Kind of defeats the point, although I won't be a hypocrite - I'm never overly disappointed when they cast a too-handsome Rochester. 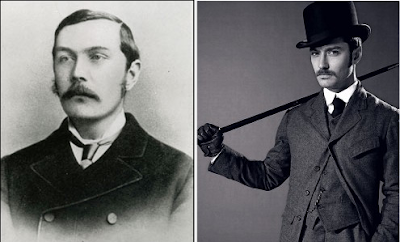 "..a heavily built, elderly man with a gray moustache...".

The above pictures show Sir Arthur Conan Doyle in his youth, and then with a few more years on him. Recent adaptations have gone with the younger look for Watson (who,after all, is recently out of the army when we first meet him) but generally we think of Sherlock Holmes' sidekick as the plumper, older gentleman as so often depicted. Either way, he's quite Conan-Doyle-ish - although that might just be the moustache. 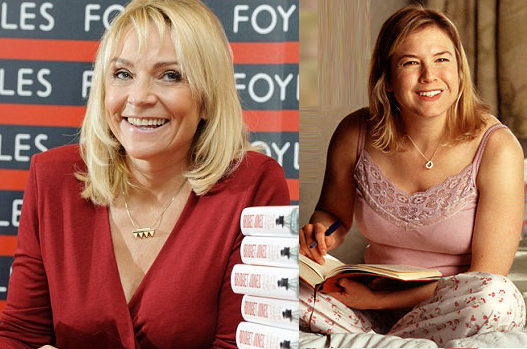 We don't really get a description of what Bridget looks like - only that she struggles with her fluctuating weight. Still, I can't imagine her as a brunette. Maybe it's just that unfortunate stereotype of the ditsy blonde? And I'm sure she talks about getting her roots done at some point, but that could be for any colour.

Again, we don't get a proper descripton of Elizabeth, other than her 'fine eyes', although we do know that she's considered second in beauty to her sister Jane - who is very pretty. I'm sure Jane Austen was probably considered at least 'tolerable' looking when she was younger. Reading her letters, she gets asked to dance a fair bit. 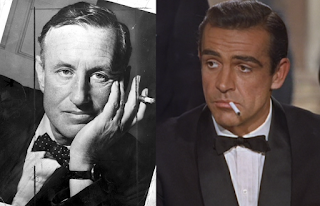 (from Wikipedia) "Bond's physical description has generally been consistent: slim build; a three-inch long, thin vertical scar on his right cheek; blue-grey eyes; a "cruel" mouth; short, black hair, a comma of which falls on his forehead. Physically he is described as 183 centimetres (6 feet) in height and 76 kilograms (168 lb) in weight."

From what I've heard, Ian Fleming saw himself as a bit Bondish himself. Not surprising really, I'd imagine being James Bond is most men's fantasy. I can see that there might be some similarities between Bond and his creator - both dark haired, very English, suave. Similar height and build? Either way, I'm not really a fan - Jason Bourne all the way!

This one doesn't really count - too tall for a start! But I always get the feeling that Tolkien would have quite liked to be a Hobbit. Sitting in Bag End, smoking his pipe, going down to the Green Dragon for a quick pint. Or maybe he would have missed the scholarly life too much. Who knows?

So there we are, a bit of food for thought. But I was surprised just how many authors I found with a similar appearance to their character. Can you think of any others?