Starter for Ten (and other campus novels) 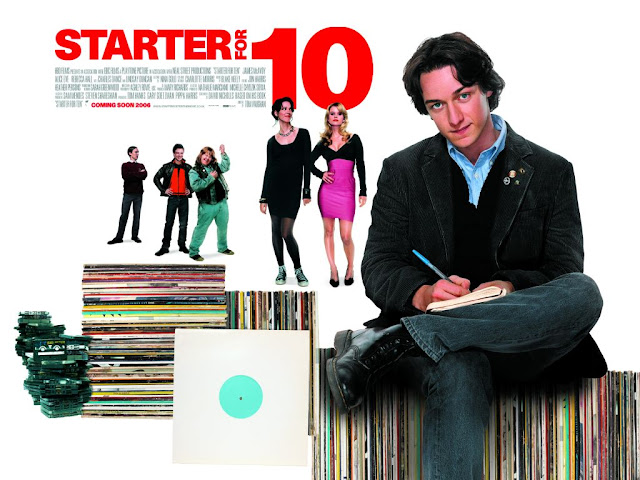 So, September is well and truly here, as I could tell this morning when I stepped out into what was basically a cloud, and walked passed loads of depressed looking kids in blazers. I wanted to post something 'back to school'-ish, but that got me thinking. I'm headed back for my second masters year in a couple of weeks (it's part-time) and I've discovered that although there are countless YA novels set in high school, surprisingly few depict university life. And by the time you've moved into adult fiction, all the characters seem to have graduated.

One of the few I've come across, is David Nicholls' Starter for Ten. It's not my favourite campus novel (I give that honour to Circle of Friends) but it's one of the best known - and the film's really good. So here's my review, along with an intro to a couple of other great books about  - or featuring - university. From the author of One Day - which incidentally, also begins at university -  Starter for 10 is the story of Brian, a working-class kid who leaves for Bristol University with high expectations and a burning ambition to join the university challenge team. For anyone who doesn't know, University Challenge is a long-running British quiz show, where different universities compete for the title. (But you probably worked that one out already.) The questions are ridiculously complicated, and if you're sitting watching it and manage to get more than one right throughout the whole episode, you usually feel very smug. Even if it's that one reference to popular culture that gets all the contestants scratching their heads.

Although the show is still going strong (my second cousin was on it, don't you know) Starter for 10 is actually set in 1985 - back when students were still expected to care about politics and everyone's clothes were in different shades of brown. Brian goes off to Bristol thinking everything's going to be great, and... it's not really. Used to being the clever one, at university he's just average. Used to being a bit posher than his friends, he's now the 'working-class' one. His living arrangements and roommates are also terrible. But he does go to parties, meet girls and even get on to the University Challenge team, as was his dream. And the story goes from there. 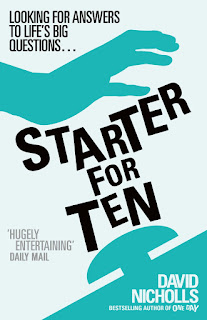 Starter for 10 was a quick read, it was realistic and it made me laugh - now and again. The problem was, I hated Brian. On a scale of 0 to that Mickey-Blue Eyes scene in the restaurant (if you haven't seen it, it's here) Brian's cringe-worthiness is right up there with Hugh Grant's attempt of a mobster voice. Everything he does is so embarrassing it's hard to read about. And he's not that nice either. He thinks he is, and I suppose he's not purposely malicious, but he looks down on people and I don't like the way he treats girls. If you've read One Day, I could describe him as all the annoying parts of Emma Morley, with a few of Dexter's flaws thrown in. However, film Brian, is not as bad. James McAvoy's charm does a lot to cover Brian's sins, and it helps that we can't hear his thoughts.

As a whole, I really liked the film. Released in 2006, it's an enjoyable comedy, more light-hearted than the book, and the cast is great. In the novel, I felt that neither of the love interests strayed far from their stereotypes - the cynical, feminist, working-class girl (brunette) and the beautiful but shallow rich girl (blonde) - but Alice Eve and Rebecca Hall made these characters seem like real women. Benedict Cumberbatch also does a bit of screen-stealing turn as the intense post-grad student who captains the University Challenge team. Also, look out for Dominic Cooper and James Corden, as Brian's friends from back home, Mark Gatiss as Bamber Gascoigne, Charles Dance as Alice's father and Catherine Tate - who is much to young to be playing McAvoy's mum.

Starter for 10 is a nice easy read, and if you enjoyed One Day I'm pretty sure it'll be your cup of tea. And maybe I'm being a bit harsh on Brian - I guess you wouldn't like that many people if you could hear exactly what they were thinking, especially at eighteen. The film really is worth a watch and the ending is clever but inevitably cringe-inducing. Just be prepared.

The book - A good plot, an easy read, but I'm not so keen on the characters.
The film - Fun with a great cast, but if you liked the more serious side to the book, this may seem like fluff.

And some more campus novels...

Summers of the Sisterhood: The Fourth Summer
-Ann Brashares 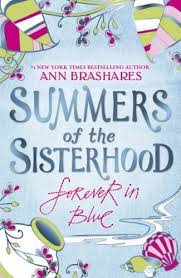 The fourth in the Sisterhood of the Travelling Pants series, this book follows Carmen, Bridget, Lena and Tibby, throughout the summer following their first year of college. Carmen is struggling to find her identity without the friends that have always been a part of her, Lena takes an Art class and discovers that Kostos isn't the only one she can fall for, Bridget goes to Turkey on a dig, and struggles being 'the girl with the boyfriend' and Tibby and Brian's relationship has a bit of a bump in the road.

Although the school year is not in progress, this book captures a lot of the feeling of living away from home for the first time. The new people you'll meet, the different opportunities you'll have, but mainly that feeling of being more independent than before. Would recommend. 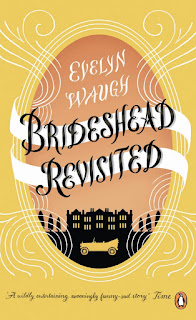 I just started reading this, and the very beginning is set at Oxford university, just after the first world war. It's at Oxford that the protagonist, Charles Ryder, makes friends with fellow student Sebastian, who later invites him back to Brideshead - the ancestral home of Sebastian's family of Catholic aristocrats. The story revolves around Charles's time with the family, and his fascination with the disappearing world that they live in. There's an old TV series, starring Jermey Irons, and a more modern film, with  Matthew Goode and Ben Whishaw.

The early scenes at Oxford, create a surprisingly recognisable impression of life at University, despite being set a century ago (Charles first meets Sebastian when he passes his ground floor rooms after a night out, and throws up through the window) and the rest of the book seems intriguing so far... 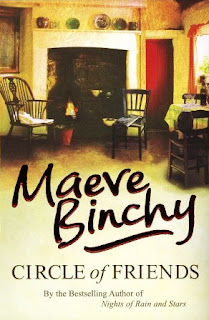 A bit old fashioned, with a terrible title, Circle of Friends is still one of the books I've read that best captures the university experience. It's 1950's Ireland, and best friends Benny and Eve are all set to start at University College Dublin. Setting out on this new stage of their life, they meet the beautiful but manipulative Nan Mahon, and handsome player Jack Foley.

It's what you might call an 'old-lady book' to look at, but it's got great characters and an engrossing plot. I love Benny especially, and love to hate some of the others. And again, it's interesting to read about people at uni in such a different time and place, but living  through the same kind of stuff that students do today. 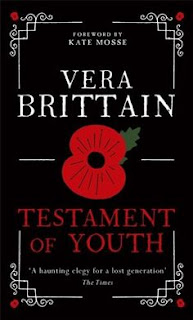 Back to war-era oxford, Testament of Youth is the memoir of Vera Brittain, who's dreams of graduating from Oxford were disrupted by The Great War. This is a huge, slow-moving but often heart-breaking book about the real cost of the war, and it's effect on those left behind. The beginning, however, is all about Vera's time studying for exams and getting into Oxford, at a time when very few women went to university, and those that did weren't actually awarded degrees at the end of it.

You get to see quite a bit of Oxford university life, just before the war, and also afterwards, when Vera returns there to finish her studies (she left to do war work as a nurse). Again, it's interesting to see the differences and similarities between then and now.

You can see from my choices that I'm still not very widely read - but I'm working on it! And if anyone knows any other good university set novels, just leave me a comment :)