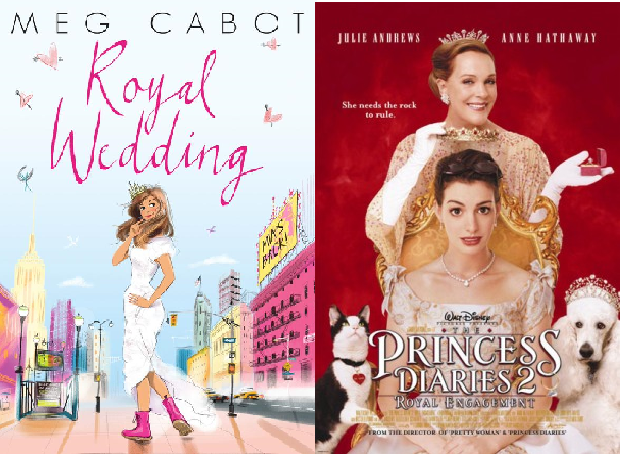 Earlier this year we heard some whispers. Was there a third Princess Diaries film in the works?Heather Matarazzo (AKA Lilly Moscovitz) seemed to think so, and tweeted as much. As it turned out, this was little more than wishful thinking (Anne Hathaway's too much of a 'serious actor' nowadays.) But off the back of the rumours, I made an even more exciting discovery. There was a new book coming out. An eleventh, to be exact. The Princess Diaries: Royal Wedding.


Long delayed sequels are, as a rule, a bad idea. Sisterhood Everlasting, Bridget Jones 3 - and don't get me started on Go Set a Watchman. However, as it wasn't that long ago that the tenth book came out (and we've had Mia's college blog since then) I wasn't expecting Meg to have lost the plot. In fact, I was pretty excited. An adult Princess Diaries, featuring a Mia who's all grown up and set to marry the man she's been in love with her whole life? (apart from the time she was crazy about Josh Richter. Or those two years she dated The Guy Who Hates It When They Put Corn In The Chilli. But I digress.) What could go wrong here? Well, a lot could have. But not a lot did. Thankfully, this book didn't destroy my image of beloved characters and crush my dreams (see above titles), although it didn't live up to it's potential either.

For this post, I've decided to contrast Royal Wedding with The Princes Diaries 2: Royal Engagement. The second Princess Diaries film may be a very different story from the book I just read, but both are (as far as I know) meant as the final instalment of the series, both show a depiction of Mia's life after high school, and both are concerned with Mia's upcoming nuptials.

First of all, here's my confession. I love the Princess Diaries 2. It might be a truly terrible film, but there's a lot to enjoy in there. The film begins with our favourite teen Princess -  now a self-assured young college graduate  - flying out to Genovia to live, having split up with Michael (???) and not seeming too bothered about it, either. Once in her native land, she falls foul of an ancient Genovian law that states a Princess must be married before she can become Queen (in the books Genovia is a principality, so she's never going to be queen anyway. But whatever.)  Our heroine is then forced to make a difficult choice: will she agree to an arranged marriage with the adorable Andrew, Duke of Kennilworth (who she doesn't love) or allow pretender to the throne, Lord Devereaux (AKA Chris Pine) to steal her both her crown and her heart?

It sounds great, but there's plenty more 'huge departure from the book' moments. That's because this film resembles nothing ever written by Meg Cabot. Mia's in it, Lilly's in it, Julie Andrews' extremely toned down version of Grandmere is in it. It's set in a place called Genovia... and that's about all. 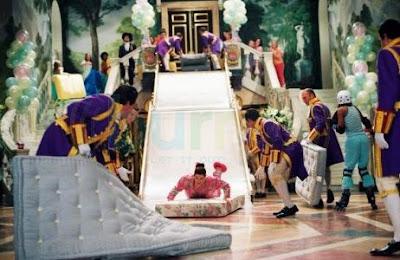 What this film does have, however, is everything you'd expect to see in a story about an engagement. Wedding planning, a Hen do (or bachelorette party, as Mia would call it) couple drama between the bride and groom, general drama at the actual wedding, a pretty wedding dress (that I'm sure Kate Middleton took some inspiration from) ... all the stuff we're actually pretty short on in the 11th book. 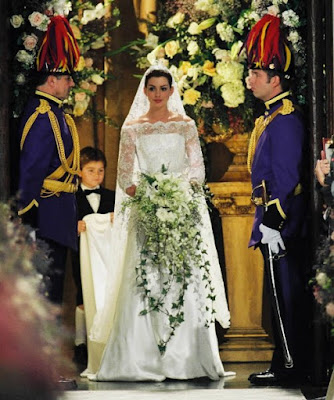 Royal Wedding began well, on this front. We had a fabulous proposal from Michael, in a very 'Isle Esme'-eque setting (if you're not getting the reference you need to re-read Breaking Dawn). Then the world finds out about it all and everyone begins to talk weddings. In fact, the focus was so much on dates being set and press releases being issued that I began to hope for some more plot - although this was definitely a case of be careful what you wish for.

No sooner were we getting to the fun stuff (wedding dress fitting! An up-coming bachelorette party planned by Lana!) than we're hit with about a gazillion plot twists at once. Some more believable than others, and some that were horribly rushed. For example, a certain pairing - made possible by the token shock death (why do they do this to us?) - felt more contrived than Serena and Dan re-uniting at the end of Gossip girl. Just why?

Then there's the issue of Olivia. If she had been the only big reveal, things would have been fine. In fact, this was the part of the story I was most interested in. Is it unlikely, and random? Yes. Has it been done solely so Meg Cabot can connect her new tween series to her most popular work, thereby selling more copies? Almost definitely. Is Olivia an engaging enough character to make none of this matter? Yeah, I reckon so. I like her anyway. 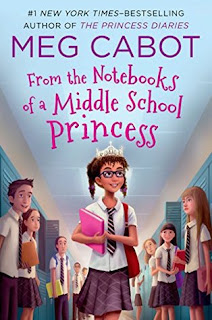 The thing is, Olivia's existence wasn't the only reveal. It was one of many. And every shocker that was thrown at us seemed to come totally out of nowhere and then rush forward to an un-satisfying conclusion. Some of this stuff was really game changing, but it was treated like no big deal. I mean, I love Mia, but do I feel like she's ready for all this? Marriage to Michael, yes. All the other stuff? Not really.

A big part of A Royal Engagement is about Mia's readiness to rule. Unlike in the books, newly graduated Mia has already moved to Genovia and is preparing to take her seat on the throne. Can she conform to Genovian traditions? Can she manage the press and avoid creating scandal? The press presence is a big part of both Engagement and Wedding. Despite generally being a good girl, in the book Mia gets hit with plenty of headlines like 'Princess of Gen-HO-via' (when she's seen sneaking out of Michael's apartment) but in general she seems to cope with the media attention pretty well. In Engagement Mia actually does do some scandal worthy things, as reported on by Elsie Kentworthy (AKA Mrs fake Scottish accent) but she manages to put it all to rights in the end. 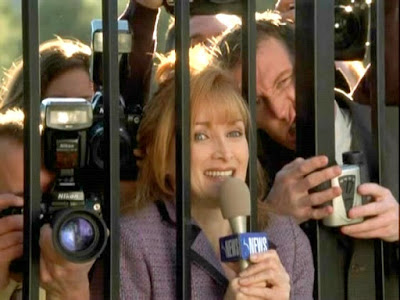 While we're on the subject of Elsie, lets talk accents. In no way is Princess Diaries 2 a credible film anyway, but they could at least have fixed on a typical Genovian accent and stuck with it. Aside from the 'Scottish' news reporter, the Genovian populace seem to be an odd mix of French and American. The palace staff and government are American, all except for whatever weird cockney hybrid the maids are supposed to be (who could forget Brigitte and Brigitta?) Grandmere is accented English and Lord Devereaux and his uncle (supposedly native Genovians) are American. Then there's the 'Princesses of the world' who come to Mia's bachelorette/slumber party. They all seem to be American too, despite the fact that the US don't have a royal family. And why is Raven even in this film?

Despite the serious cheese and all-round oddness that is The Princess Diaries 2, the will they/won't they dynamic between Anne Hathaway and Chris Pine makes it all worthwhile. Apart from that terrible hair, Pine shines in one of his first leading man roles and Anne Hathaway is at her best when doing romantic comedy - in my humble opinion anyway. 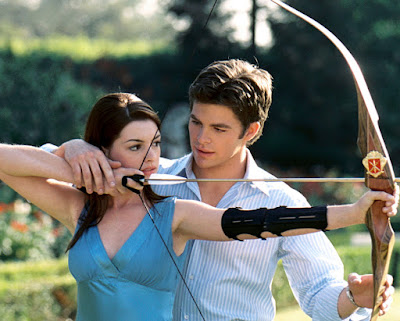 Although I love this couple in the film, nothing really beats Michael and Mia, does it? (Except maybe Joe and the Queen!)  The best thing about the new Princess Diaries novel, was seeing Mia and Michael still going strong, and more in love than ever. The book kept all of our favourite people totally in character (I love that Lilly's a lawyer now, such a perfect fit for her) but Michael has definitely grown on me over the years. I used to hate him, would you believe? Mainly because he wanted to go bowling instead of the prom back in book 5. 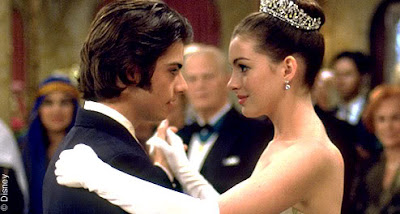 Seriously though, they are a great couple. And that's what this book is about isn't it? Mia' gets her happy ending and her Prince charming - or rather, her Prince consort. We get to drop in on what everybody's up to, and a new Princess is introduced for a new generation. Lets hope Olivia gets her happily ever after too.

The Princess Diaries #11 Royal Wedding - Not as funny as the books, but still fun. Not totally soul destroying.

The Princess Diaries 2: Royal Engagement - Fun, silly, and empowering! But not all English people are like those maids, you know.