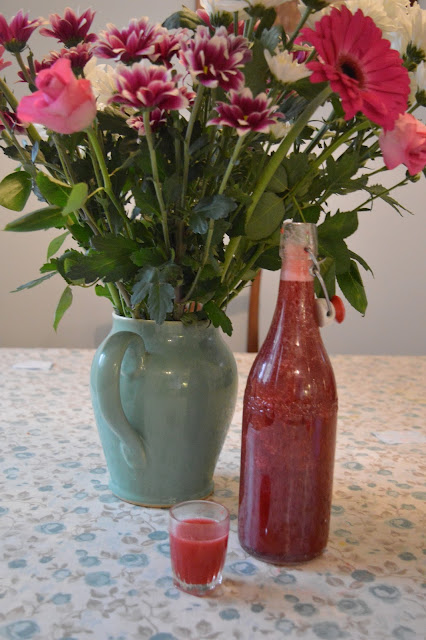 We've had some great weather here lately, so for my next 'page to plate' I thought I'd go for a recipe suited to summer. I've been re-reading Anne of Green Gables, and one of my favourite scenes features the infamous 'Raspberry cordial' Anne gives to her friend Diana. The one that turns out to be redcurrant wine... 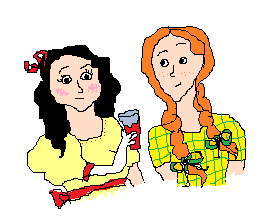 “Marilla is a very generous woman. She said we could have fruit cake and cherry preserves for tea. But it isn’t good manners to tell your company what you are going to give them to eat, so I won’t tell you what she said we could have to drink. Only it begins with an R and a C and it’s a bright red color. I love bright red drinks, don’t you? They taste twice as good as any other color.”
- Anne of Green Gables, Chapter XVI

When I was younger I always thought the cordial sounded delicious. Anything brightly coloured is appealing when you're little, and 'cordial' is a great word  - I'd never had any kind of cordial before. I thought it was about time I found out whether this stuff is as tasty as it sounds; although, in fairness, the book doesn't actually give us a description of the taste. Diana is too busy getting drunk to notice it's not actually cordial she's drinking.


The most straightforward recipe I found was on the BBC good food website. I've copied it pretty much word for word, so I can't take any credit for this one I'm afraid. Although, the photos are mine - and so's the cartoon! (Although I did it on paint, so don't judge...) 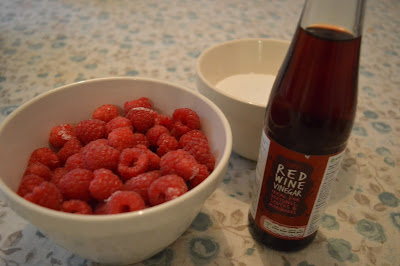 1. Put the sugar, raspberries and vinegar into a pan. Mash over a low heat until smooth and syrupy. 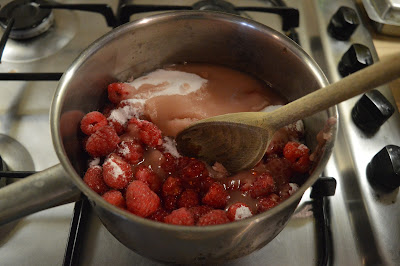 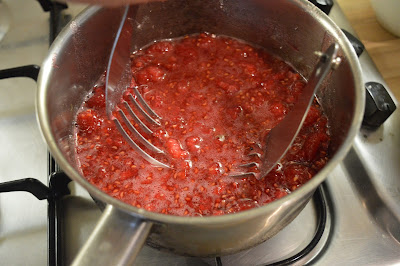 2. Using a fork, rub through a sieve into a clean pan, so that as much juice as possible drips through. 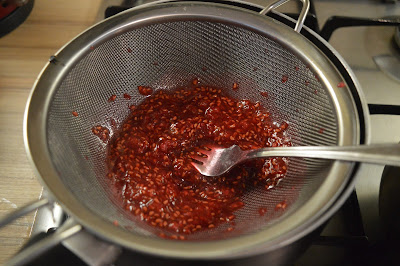 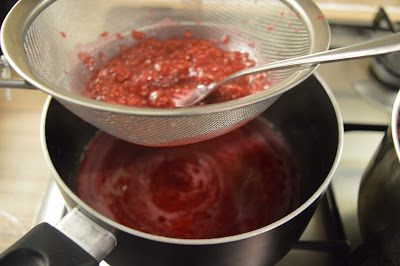 3. Tip the seeds from the sieve into a separate bowl and stir in 300ml of water. Sieve this mixture over a third pan (or the one you used at the beginning, if you're lazy like me) to remove as much of the pulp from the seeds as possible. 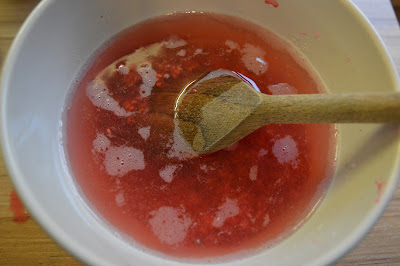 4. Add this second mixture to the first then stir well and boil for one minute. I also added a squeeze of lemon to tone down the sweetness a little. Pour into a stoppered bottle and pop into the fridge to chill. 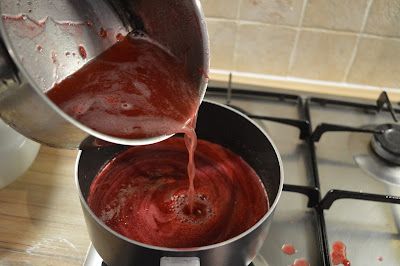 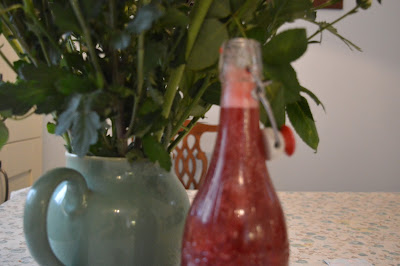 This is a really simple recipe that'll take you fifteen minutes, max. Serve with fruitcake and cherry jam like Anne, or dilute the sweetness of the cordial with ice and soda water for a refreshing summer beverage. You could even add something alcoholic to create a raspberry flavoured cocktail?

On balance, the raspberry cordial tasted pretty much as I expected - very sweet, a bit tangy and genuinely tasty - although, I still think I'd go down the ice and soda water route. Try it for yourself!