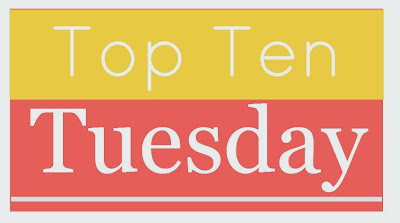 Top Ten Tuesday is a weekly meme created by The Broke and the Bookish, for people to post and share their bookish lists. There's a new topic each week. I thought it was about time I tried something new, and as I love my lists this seemed like a great place to start! This week's topic is a freebie - pick your own.


Top Ten Classics that are (more-or-less) Easy to Read 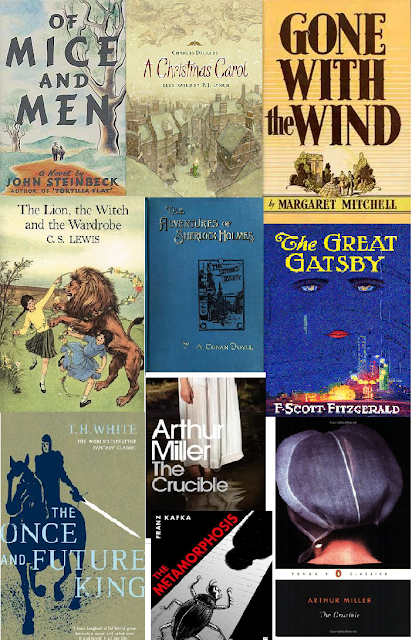 Reading 'the classics' is a strange concept. These are supposed to be the best books out there, but you're usually told that you should or need to read them. Not that you may like or want to. People often read classics as a challenge, or because they're forced to at school or university. Yes, they've 'stood the test of time' but this can seem like code for old-fashioned and wordy. Who decides which books become classics, anyway?

It might not like sound like it, but I like classics. Anything that's ever been made into a period drama is probably on my 'to-read' list, if I haven't got round to it already. Still, I understand the frustration  of slogging through paragraphs of pointless description or over-complicated wording (or songs, if you're reading The Lord of the Rings.) I've spoiled plenty of good books for myself by resorting to Wikipedia summaries (university life in a nutshell) and the time I spent reading The Sound and Fury cover to cover - in determination to finish something on my Global Literature module - is time that I wish I had back.

Below I've complied a list of classics that - although not necessarily my favourites - are surprisingly easy to read. Either because they're short and sweet, modern in tone or short on description, these are classic books that you won't just have to pretend you've read.

1. Of Mice and Men - John Steinbeck 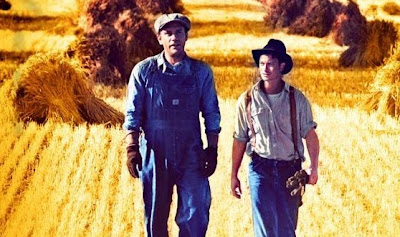 Ah, the book we all had to read for GCSE English - if you weren't reading To Kill a Mockingbird. Chosen by schools the country over as it's short, straightforward and the themes are easy to analyse - remember Candy's Dog and how this foreshadows the end of the novel? It made us feel so clever. But really, this is a great book. Desperately sad, but there's humour too. Full of engaging characters and thought-provoking ideas. And did I mention, short? 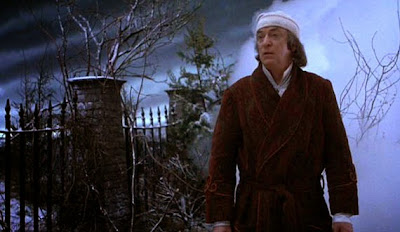 The problem with Charles Dickens, is that his books are so long and intimidating. He may have other faults but as I've only read A Christmas Carol so far, I can't account for them. We all know this story back to front - and if you don't you must have been living under a rock every Christmas for your whole life. There have been countless adaptations and parodies, but there's a reason for that. It's a good story, well told. And again, short.


3. Gone with the Wind - Margaret Mitchell 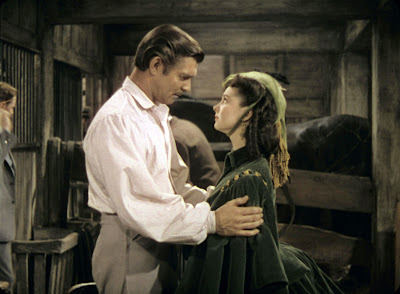 Margaret Mitchells' only novel may be a massive, sprawling epic, but it's also surprisingly fast paced. It's not too wordy, there's loads of juicy dialogue and the characters are complex and unforgettable. Set during the American civil war but written in the 1930's (so the writing style is relatively modern) Gone with the Wind was a huge best- seller before it was an Oscar winning film. This is historical romance at its very best. 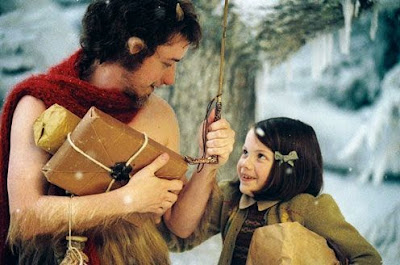 I know what you're thinking: of course it's easy to read, it's a children's book. But have you ever tried reading Treasure Island, or Robinson Crusoe? The Chronicles of Narnia are simply and comfortingly written, but the stories themselves are exciting and original. The Lion the Witch and the Wardrobe is the most famous and one of the best, although my personal favourite is The Horse and his Boy. Forget about the religious allegory and focus on the great fantasy adventure. 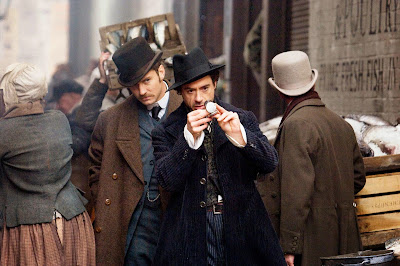 You thought Harry Potter was the first series to get people queuing outside book shops? Think again. Sherlock Holmes was hugely popular back in the day, and having read a few of the short stories I can see why. Intriguing mysteries, clever writing and great characters - the author might have got sick of Holmes, but the readers never did. I'd recommend The Adventures (although you might prefer to start at the beginning with A Study in Scarlet) which is a collection of short stories. You can dip in and out and you don't necessarily have to read them in order. 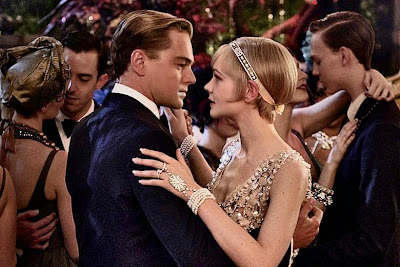 If I'm being honest, I'm not a Gatsby fan. I just don't 'get' it. But that doesn't mean you won't. It's nice and short and although the text is descriptive, it's not stodgy. It's pretty easy to read and the story is a classic tale of unrequited love, set against the lavish background of the Roaring 20's. Which, you know, is cool. 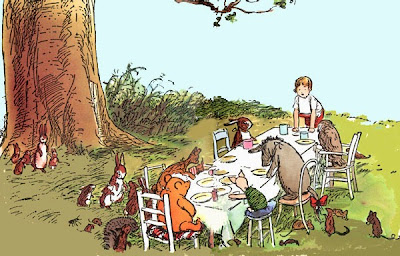 Everyone's heard of Winnie the Pooh, but how many people have actually read the books? There are two - Winnie the Pooh and The House at Pooh Corner  - as well as a few poems. They're simple stories, easy to read but decidedly random, with lots of nonsense verse and loveable characters. Some  people hate the way the books were 'Disneyfied' but I think the films are pretty good too - the early ones (Winnie the Pooh and the Blustery Day/ Tigger Too/ Honey Tree) were some of my childhood favourites. 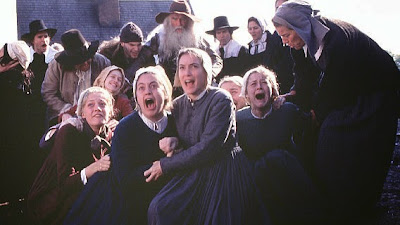 I always had a rock-solid belief that you shouldn't read plays - that they're meant to be watched, not read. But then I read The Crucible. It was gripping from beginning to end and I finished it in one sitting. Obviously it would've been better if I'd seen it on stage (preferably in the West End with Richard Armitage as John Proctor - gutted I missed out on that one) but reading it was definitely worthwhile. And plays qualify as easy reading because (hurray!) hardly any description. 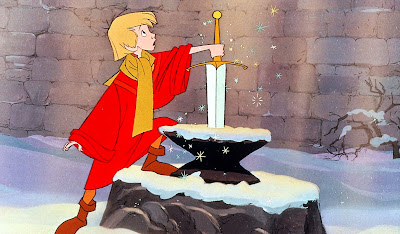 A retelling of Malory's Le Morte D'Arthur (which is definitely not light reading) this is the story of King Arthur (or Wart) from childhood to death. As the first volume (The Sword in the Stone) is a children's book, the story starts off in quite a simple, easy to read style and although the themes of the stories become gradually more adult, the light-hearted tone continues throughout the novel. The narrator tries too hard to bring contemporary references into the story but other than that, he is mainly likeable, as are the characters. It's a bit of a strange book really, but for lovers of Arthurian literature and children's fantasy novels, this is a great popular classic to break you in. 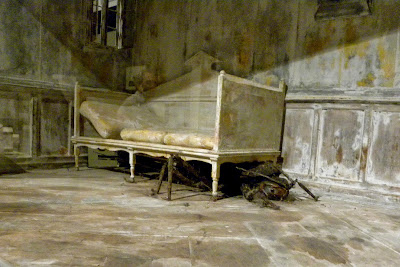 Usually found in a compilation with other short stories by the author, The Metamorphosis is a critically acclaimed novella about a young man who turns into a giant bug. Yes, really. It's also surprisingly deep and meaningful, with some sad and horrible implications about human nature. On the surface it's a weird but neatly written tale, that holds the attention and makes you wonder about things you shouldn't - like how your family would react if you suddenly became a giant cockroach- like creature that crawled on the ceiling.

So that's my list. Are there any classics out there that you found surprisingly readable? Leave me a comment and let me know what you think!