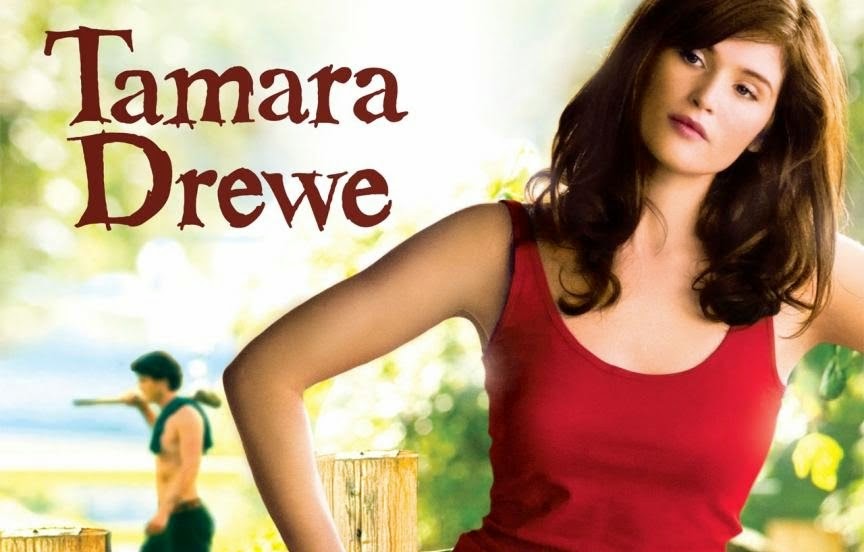 TV or Film?- Film
Famous or Obscure - Kind of obscure
Better on Page Screen - I like the film, but maybe because I saw it first.

Far from the Madding Crowd, a new adaptation of Thomas Hardy's classic novel, hits cinemas this month. As I've never read it (although I will one day - I liked Tess of the D'urbevilles) I can't really write a review. Instead I'm harking back to 2010 and one of my own favourite films - Tamara Drewe.

Based on the graphic novel by Posy Simmonds, Tamara Drewe is a modern re-imagining of the story told in Far from the Madding Crowd. Tamara, a journalist from London, returns to her childhood home in Dorset where she is pursued by three 'suitors': local farmer and handyman (also her teenage sweetheart) Andy Cobb, renegade musician Ben Sergeant and married crime writer Nicholas Hardiman. Although the story revolves around Tamara, much of the action is set at a 'writer's retreat' run by the Hardimans and seen through the eyes of one of the writers themselves - a likeable American named Glen.

The story began as a cartoon strip in The Guardian and was later converted into a graphic novel - a format usually associated with science fiction and fantasy. It's strange to see an adult story of ordinary people depicted in cartoon form, but Simmonds' illustrations are engaging and her characters are filled with personality. It's a strange format, but one that works. There's something restful about a picture book, but there are serious themes behind the often humourous drawings. The pictures grab your attention, but the story (and the characters) keep you reading. 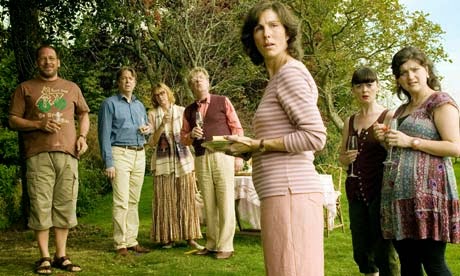 I saw the film before I had even heard of the novel and it took me a while to work out what I thought of it. Random, was my first impression. The film has an odd tone, it's darkly comedic with a rural English setting and a string of events and characters that feel a bit Midsummer Murders at times. The chippy local farmer who has lost his family inheritance to invading London townies, the glamorous young journalist from out of town, the lecherous novel writer with the long-suffering wife... its not very Hollywood.  But for some reason I really like it. There's a lot of big names too - Gemma Arterton, Dominic Cooper, Luke Evans, Roger Allam, Tamsin Greig, to name the main players. Surprisingly however, the stand-out performances come from two unknown teenage actresses, who play bored schoolgirls Casey and Jody (Jessica Barden who plays Jody, now has a part in the actual Far from the Madding Crowd - pre Tamara Drewe she was in Corrie). 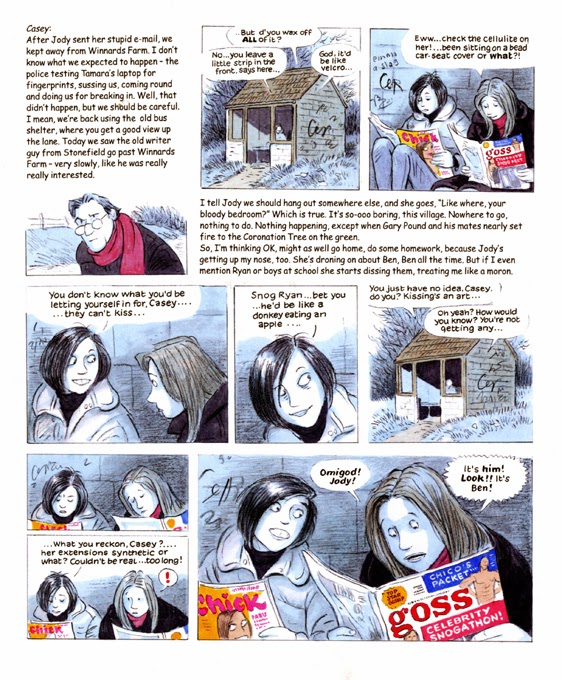 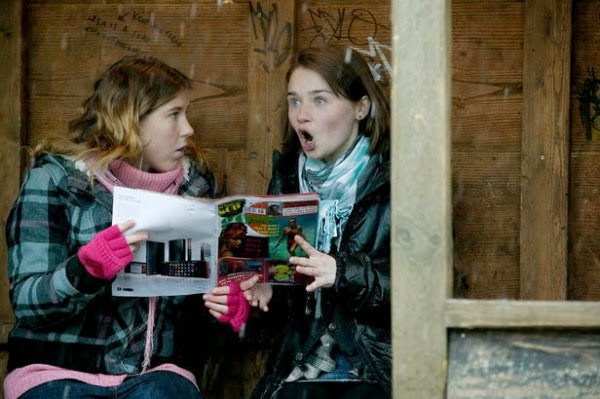 The main problem I have with the film, is the character of Tamara. She just seems a little... blank. I like Gemma Arterton - she is very beautiful and I know she can act, having seen her in Tess. But I think part of it was down to her performance. Tamara Drewe is a story that plays with the idea of how we see beautiful women - it's easy for the characters to blame Tamara for things that are actually the fault of the men in her life. It's a good message and a thought-provoking one - but it might've come across better if Tamara herself was a bit more likeable. It wasn't that I didn't like her, I just didn't care about her all that much. It's the same in the book to be honest.

Reading the book, one thing that did strike me was just how closely the cast resembled Posy Simmonds' illustrations. With one or two exceptions (Roger Allam as Nicholas was a strange choice - Nicholas is horrible in the book, but he's not so... old?). 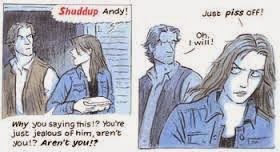 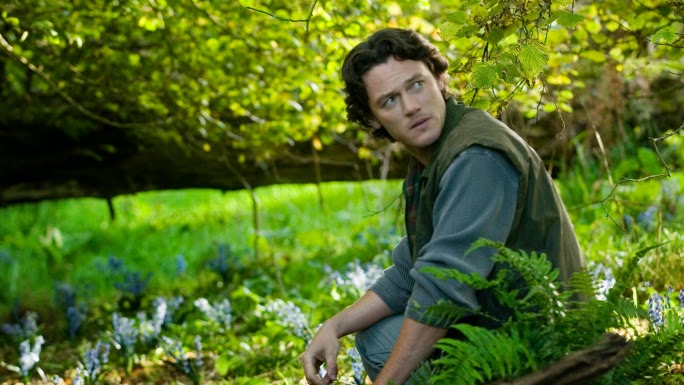 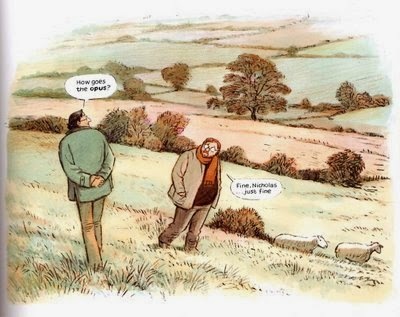 The book and film were very similar up to a point, but the very different endings (one tragic, one mostly happy) highlight further differences between the two. The film touches on some serious themes and a lot of the humour is pretty black, but it's still mostly light-hearted. The book also has plenty of humour but a more serious heart, delving deeper into a world of adultery, sexism, the media, and contemporary village life.

So if you're intrigued by the idea of an updated Hardy novel, you like British black comedy or just fancy watching two hours of a) rolling Dorset countryside, b) Gemma Arteton looking lovely or c) Luke Evans with his shirt off, this film is for you.

The book - A thought-provoking but easy read, with fantastic illustrations.
The film - A totally random but enjoyable film with lots of great British talent.

And here's the Far from the Madding Crowd trailer - see if you can spot any similarities...