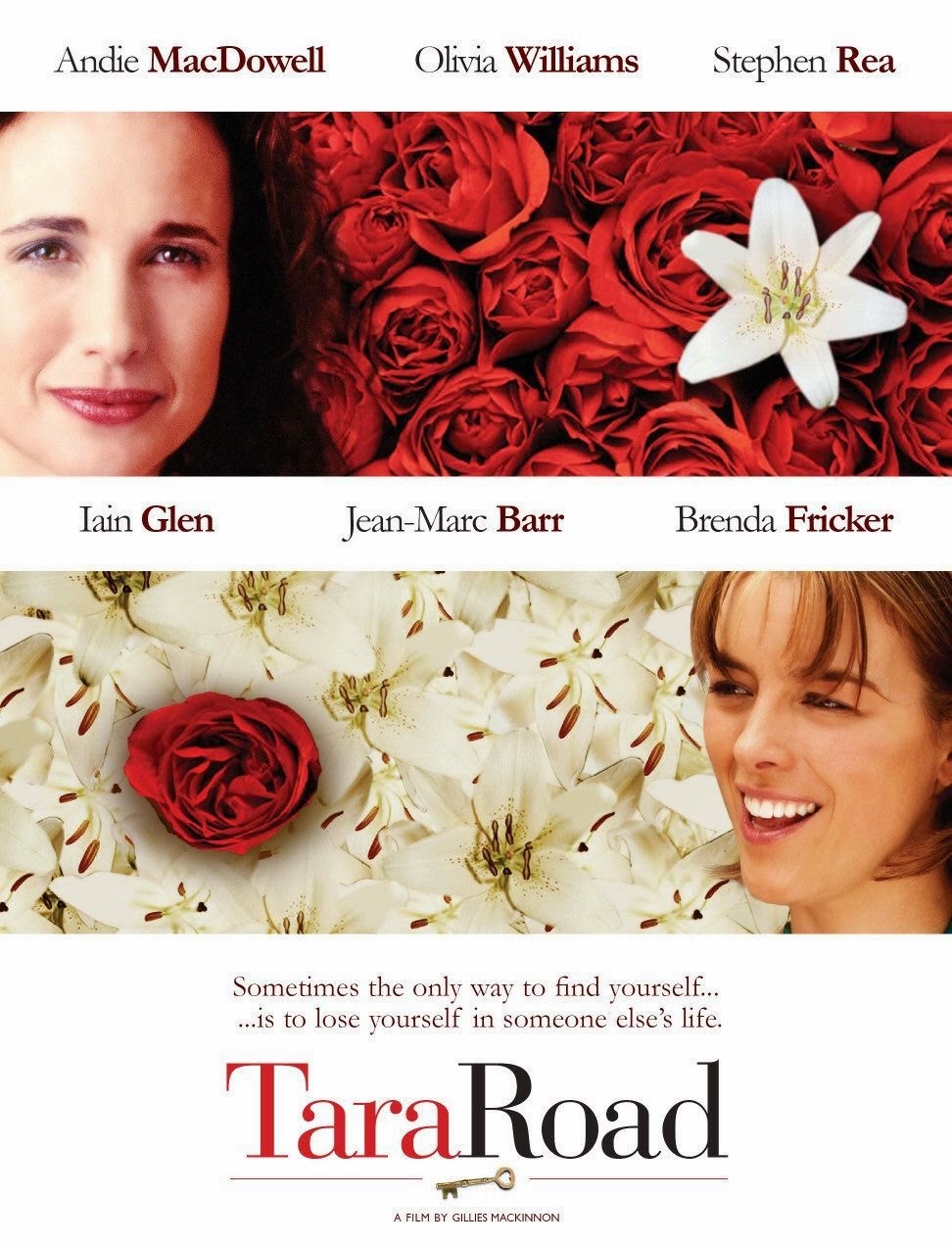 Film or TV? - Film
Famous of Obscure? - Obscure now (but it was on the 'Oprah book club' in the nineties)
Better on Page/Screen - Strangely, I'm going to say screen!

Tara Road is my second foray into reading Maeve Binchy -  and I enjoyed it! Although not nearly as much as Circle of Friends. The book (like most of Binchy's others, i'd guess) is a cosily written story set in Ireland, with some less than cosy themes and a wide cast of characters. The main players here are Ria Lynch, her husband Danny and later, the American Marilyn Vine. I say later as we don't meet Marilyn (mentioned in the blurb as of equal importance with Ria) until two thirds in. And the font is tiny, by the way. 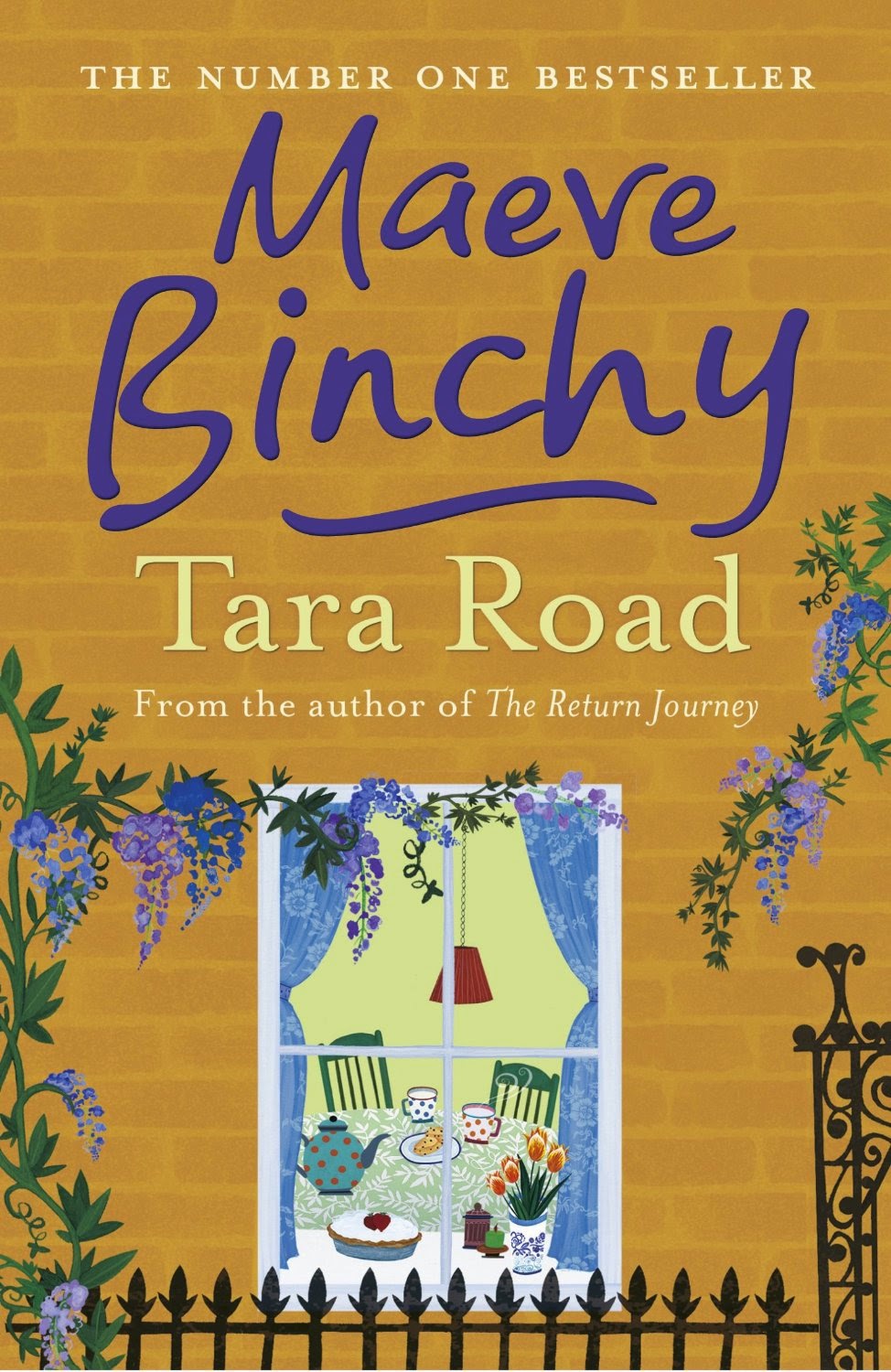 The premise is of two women with no prior knowledge of each other, but both with their own problems to escape from, who swap houses and lives for one summer. If you're thinking "this sounds just like The Holiday" you'd be right - Tara Road is definitely where they poached the idea. The novel is primarily set in Dublin, home of Ria and her family, as before we get to the house swapping, we hear about Ria's first kiss, her first job, her first real boyfriend, her marriage, her second job, her children, how she made her friendships, made her house a home - basically her entire adult life. This is great in some ways as we get to know the characters back to front. Yet - maybe because I saw the film first, in which we jump in at the point where Ria's life starts to crumble around her - everything before had an inevitability to it, like a very drawn out back-story. It felt like un-necessary torture to have to read about the happy times that I knew couldn't last, and worse, the times Ria thought were happy. 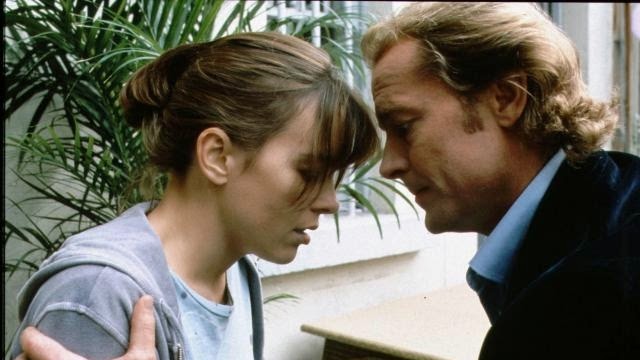 Don't get me wrong, it was still very readable. Binchy's characters (even the bad guys at times) are warm and realistic, although at the beginning I thought many of them were too close to the Circle of Friends characters that I'd known and loved (Ria/Benny, Danny/Jack, Rosemary/Nan?). However, after a while I stopped thinking of them as archetypes and got caught up in their lives. Many of the minor characters from the book remained in the film although we learnt less about them, others were cut completely. We lost Gertie with the abusive husband, Orla King with her drink problem and Colm's troubled sister Caroline. Although I missed Gertie, particularly, this was probably for the best. More heavy subjects would have dragged the drama out of feel-good territory - and I was never particularly convinced by the Caroline story anyway.

The characters that stuck around, however, did face some problems. I thought beginning the film where they did was 100% the right decision, however with less time to introduce the supporting characters, they often felt like a random collection of odd-bod neighbours. Having never seen most of them with Ria, only with Marilyn, it was difficult to decipher who was who, and what the relationships were. Colm's motivations were particularly hazy, and the turn that Rosemary's story took seemed to come from nowhere - in the book Binchy had time to plant the clues, but the film had no such luxury. Stateside, there wasn't the same problem, as Carlotta, Heidi and the rest were minor characters anyway. We hadn't spent a lifetime with them as we had with the Irish contingent. 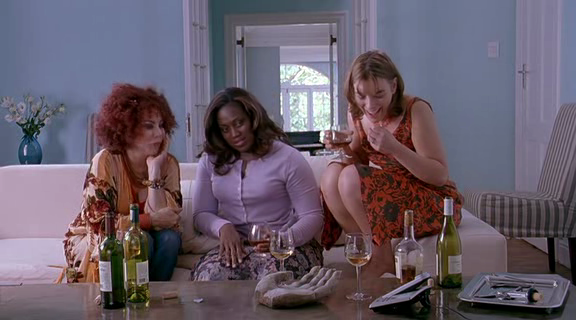 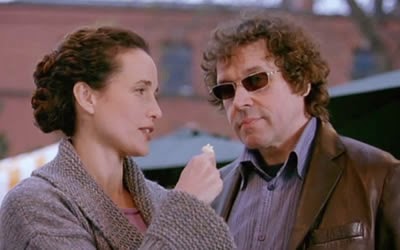 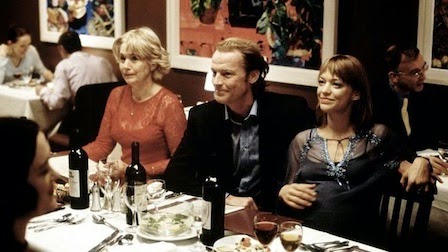 There were some changes to the existing characters too. Ria had a bit more fight, of which I approved and Danny's other woman was not as developed as the Bernadette of the book - a calm, bookish type who I found surprisingly like-able. Barney McCarthey's mistress, Polly, was also stripped of her reasonable, like-able persona (another sympathetic mistress) and turned into a bit of a joke (getting stuffed in the cupboard when the wife turned up, etc.)

When it came to casting I was surprised at the choices, although both the main actresses did a great job. Andie Macdowell with her curly black hair, looks more like a Ria, whereas Olivia Williams with the sleek auburn bob, is closer to how Marilyn is described. Not that it matters particularly. Rosemary was also cast against type, but despite being a brunette Maria Doyle Kennedy is clearly glamorous enough to pull off the part (it was also interesting to see her play opposite Sarah Bolger as Ria's daughter, as the two went on to play mother and daughter in The Tudors.)  It was odd that neither Danny nor Ria were played by Irish actors, but their accents were decent so we'l let that one slide. 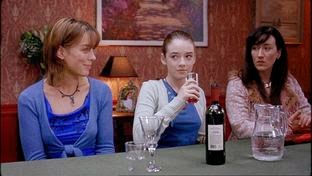 All in all I enjoyed both the book and the film. The writing was great, the world building and characters of the novel were engaging, but it took too long to get to the main story. And Ria seriously needed a good shake. I also felt the men all needed more come-uppance for their wicked ways (minus lovely Colm). The film had the aura of a nineties made for-TV-movie but it was actually not bad, fixing many of the problems I had with the novel. The acting was good and the look was right, even if some scenes didn't quite work as they should (that video of the boy's death was a bit odd - would they have kept filming?). In general Tara Road is fluff, but enjoyable fluff. Worth a read and a watch.

Book - Long, often depressing but draws you in all the same.
Film - Cheesy but enjoyable.