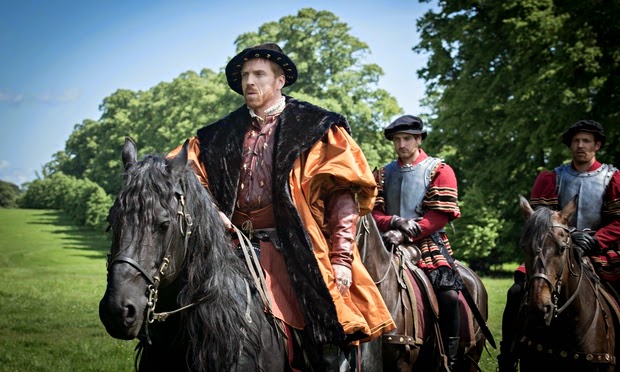 Wolf Hall, the much praised adaptation of Hilary Mantel's Thomas Cromwell novels, came to a heart-rending close last night, and - although it was  a great series - all the fuss around it did make me wonder why we're all so obsessed with the Tudors. The good news though, for those of us already expecting withdrawal symptoms, is that due to this country-wide obsession there are plenty of other Tudor themed adaptations out there, ready to fill the gap Wolf Hall leaves behind. Such as:

The Other Boleyn Girl

Based on the book by Phillipa Gregory, this is the story of Mary Boleyn, sister to Anne and sometime lover of Henry VIII. I haven't read the book but the film (2008) gives us pretty unsympathetic depiction of most of the characters, and a contraversial take on much of Anne Boleyn's story. But the costumes are lovely, the atmosphere tense and there's a lot of famous faces (Natalie Potman, Scarlett Johannsen, Eric Bana.... and Wolf Hall's Mark Rylance as Anne's father!) There was also a BBC mini-series in 2003.

Anne of the
Thousand Days

Based on the novel Anne of a Thousand Days by Edward Fenton, this is an old-fashioned but surprisingly watchable film about the doomed 'love story' of Anne (Genevieve Bujold) and Henry (Richard Burton). Anne is played as the strong, intelligent heroine and love of Henry's life (as opposed to oft-seen scheming home-wrecker) making the tragedy of her story all the more powerful. Worth a watch.

A Man for All Seasons

Another oldie, this was a winner of multiple awards and stars Paul Scofield (More) Orson Welles (Wolsey) and Robert Shaw as a convincing (and Ginger) Henry. Based on the play by Robert Bolt, it's a very 'talky' film - but I like that. More is a like-able hero and some of the big speeches are great, especially the final court scene. Also fun to see a young, freckled John Hurt as the slimy Richard Rich. 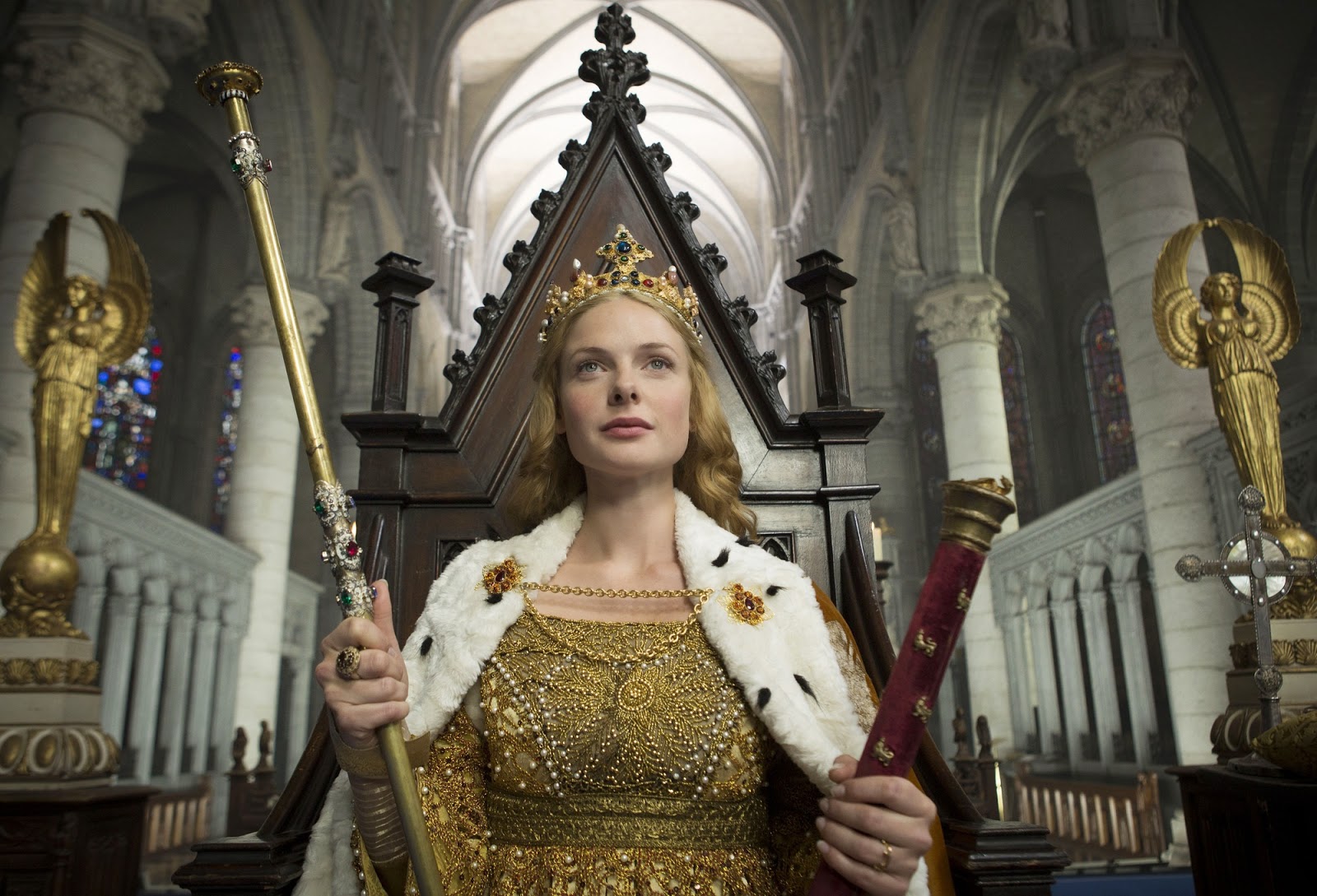 Okay, so it's not technically Tudor times but there's lots of Tudors in it - the 'White Queen' herself is, after all, Henry VIII's grandmother. Skipping back a few generations to more Phillipa Gregory, this is a BBC series set during the Wars of the Roses and based on Gregory's books The White Queen, The Red Queen, and The Kingmaker's Daughter. Focusing primarily on the romance between Elizabeth Woodville (the 'White Queen' of the title) and Edward IV (played by the beautiful Max Irons) the ten episode series takes us all the way up to Henry VII's ascension to the throne. It's exiting stuff, but if you're a Richard III supporter you may be shouting at the screen crying 'Tudor Propaganda!'

P.s  I love that this was a legitimate trailer marketed by the BBC.

The Sword and the Rose

This fun (and very cheesy) old Disney film tells the massively romantic true story of Henry VIII's sister Mary and his best friend Charles Brandon. Okay, so most of it is made up, based on the late Victorian novel  When Knighthood was in Flower by Charles Major. But it is kind of a big deal that the King's sister eloped with a man who's father was only her father's standard bearer. Glynis Johns (AKA Mrs. Banks from Mary Poppins) stars as the Princess Mary.

Many Tudor themed films and series' are based on novels (as above) but others translate straight from the history books to the big screen. Although, these are just as likely to stray from the facts. For example:

Elizabeth and Elizabeth: The Golden Age

Cate Blanchett stars as the Virgin Queen, in these entertaining if highly fictionalised films detailing her reign.

Part gratuitous sex-scenes, part dull, political talky bits with not much middle-ground, The Tudors has been ripped to pieces by critics. However, it's not all bad! It's watchable, the costumes are gorgeous and some of the casting choices (Jonathon Rhys Meyer's barely disguised Irish accent aside) are genius. Jeremy Northam as Thomas More and Henry Cavill's Charles Brandon are perhaps my favourites, but I also loved the casting of Catherine of Aragon, Princess Mary and even Joss Stone as Anne of Cleeves!

To say that Reign plays fast and loose with historical fact, would be more than an understatement. But it's Amazing. A CW original series that follows a teenage Mary Queen of Scots (cousin to Elizabeth I) during her life at the French court, this has everything - Ghosts, pagan rituals, costumes that look like Miss Selfridge just brought out a Prom range, a soundtrack involving way too much Lumineers and a love triangle involving Mary, the Dauphin of France and his bastard brother 'Bash' - I mean what's not to like? The cast includes two ex-Neighbours alumni, Susan from Narnia and Anne of Green Gables (Megan Follows) as Queen Catherine de Medici. Although I think my favourite series one character (yes, there is a second series) was Clarissa - the girl who wears a bag on her head and skulks about the castle, giving Mary advice and occasionally trying to kill people.

With the level of exposure the Tudors have always received both in film and on television, you'd think that every story had been told. But not all. One of my all-time favourite books is a historical novel by Margaret Campbell Barnes - My Lady of Cleeves - that tells the story of Anne (usually though of as Henry's 'ugly' wife) as a wife, a woman and the secret love of Hans Holbein, who painted her infamous portrait. The romance might sound a little far-fetched, but it is understated and realistically done and Anne, as a character, is easy to love. I would highly recommend - maybe they'll film it one day? 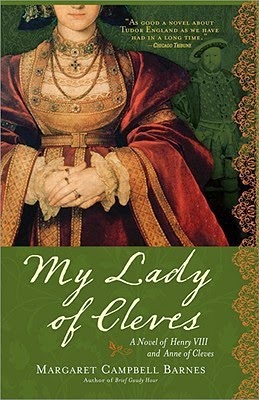 And maybe at some point they'll come to adapt C.J Sampson's 'Shardlake books' (starting with Dissolution) - a series of historical detective novels in which the hero is a hunch-backed lawyer during the reformation. They always come highly recommended - on my to read list! 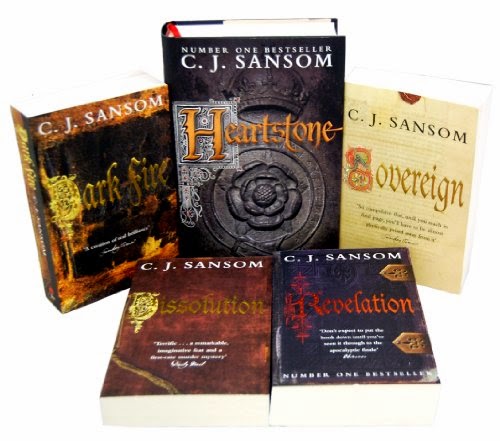 Wolf Hall might be over, but there's no need to wallow - get out there and enjoy the masses of Tudor film, television and literature on offer. Here's your starting point!