The Hobbit (The Battle of the Five Armies): Book vs Film 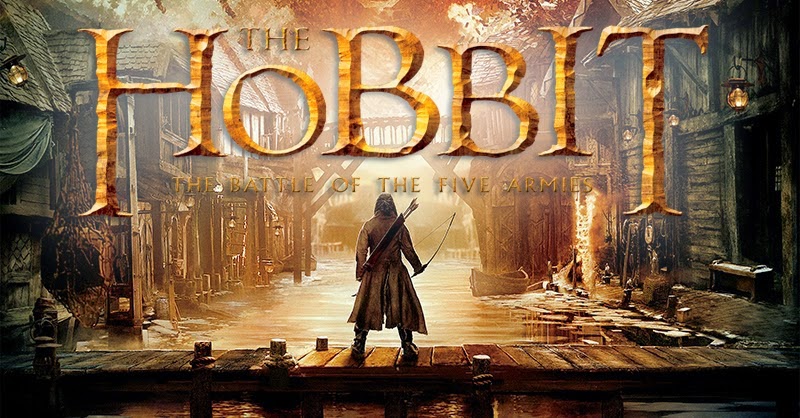 The problem with The Hobbit trilogy, is that it should have been two films. Everyone knows it - except for those who think that it should have been one and Peter Jackson, who is delusional. The Battle of the Five Armies is a film of epic proportions with some great acting, great set-pieces and interesting character development. But it feels like what it was intended to be - the ending of a film, not a film in itself. 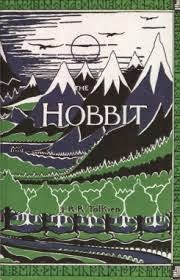 The second Hobbit film ended with the Dwarves holed up in the Lonely Mountain after a failed attempt at killing the dragon and Smaug himself  headed for Laketown, bent on its destruction. A great cliffhanger, but not exactly a climactic end. Because of the way the films were divided, the book's most action packed moment - Smaug's attack on Laketown - becomes the pre-title hook of the third film when it should have been something more. Saying that, it is good. Smaug looks fantastic and Benedict Cumberbatch voices him to perfection. Laketown looks great and although the CGI does sometimes give the impression of a video game, the vision of Smaug flying over the town burning everything in his path, is a little bit impressive. It's just over too soon - I also think they missed an opportunity by not showing the town-people's initial excitement at seeing 'the rivers golden run' just like in the songs, before realising that it's actually dragon fire.

One of my main niggles with this trilogy is that the titular character is... not the main character. The book is about Bilbo, his journey, the personal story in the midst of big events. In the films Bilbo's story is often side-lined in order to focus more on Thorin, or Gandalf, or Bard, when its not too busy trying to make us invest in the un-convincing dwarf/elf romance or boring orc councils. And Legolas brings nothing. The pre-title sequence was impressive but it failed to highlight something vital - that it was Bilbo who found out about the Dragon's weak spot. In the book we know that the thrush is witness to Bilbo's discovery and then carries this information to Bard just in time for him to shoot the dragon down - it's important not just because it makes Bilbo an important piece in bringing about Smaug's downfall, but also because it shows that the Dwarves did something right in their quest - they picked a good burglar, who found out useful information that helped to kill the dragon. They didn't just sit in the mountain being useless - although, that's mostly what they did.

The good thing about The Battle of the Five Armies is that the plot is more suited to Peter Jackson's talents than the previous two Hobbit films. It's more Lord of the Rings-esque, the big battle, the Aragorn-like hero of Bard, a noble but smug  Elf army (is it bad that I'm team Dwarves? The Elves are so self-righteous) lots of Orcs... In fact it makes you realise some of the deeper rooted problems with this trilogy. Jackson loves Lord of the Rings, he read the book and was left with the prophetic feeling that one day, these books would make a great film. And they did, three great films. But he had no such feeling with The Hobbit. Jackson loves Tolkien, he loves Lord of the Rings but does he love The Hobbit? I doubt in the same way. The dragging out of the Hobbit films seems more due to a need to cling onto Middle-Earth for as long as possible, than to bring the beloved book to the big screen. Some of the most iconic bits of the novel, for example the spiders in Mirkwood, were rushed and changed, when the source material held much more dramatic potential. Yet while these were curtailed there was somehow plenty of screen-time for Radagast the crazy rabbit man and for Gandalf and Galadriel to flirt and indulge in bad CGI battles with something that is supposed to be Sauron in a place that looks like Weathertop.

The most annoying thing is that the bits from the book are often great. Smaug and Bilbo's scenes in the second film couldn't have been better, Gollum and Bilbo's riddle game was the highlight of Unexpected Journey. And the third film picks up once it gets into the juicy political stuff - the stuff that marks an unexpected turn in the book that you didn't really understand as a child. The change in Thorin, from the heroic leader of Bilbo's company to stubborn, unreasonable Dwarf miser, Bilbo's betrayal of the dwarves that technically comes from a good place but is still difficult to watch, Bard's emerging presence as the heroic type who you like but you wish wouldn't be so pally with those Elves (just me?) It's good stuff, all very well acted. 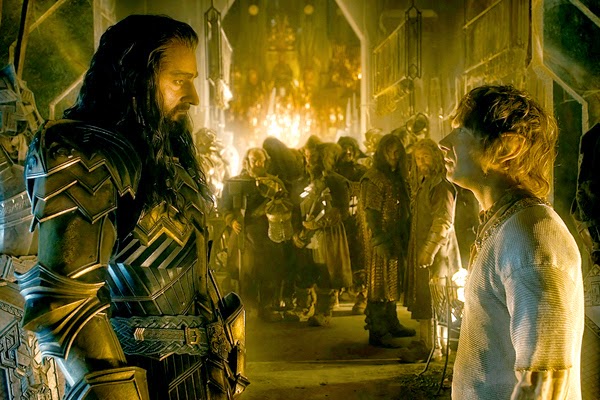 The one area in which the Middle-Earth films have never let us down is in the casting, and the scenes between Bilbo and Thorin I found especially well done. Martin Freeman has really captured Bilbo, and Richard Armitage keeps Thorin from becoming un-likeable, even in his darkest moments. Their friendship was believable, but like all the best bits of these films, it needed more time to be developed -  the time could and should have been found.

The battle itself - was pretty good. The parts with the white Orc (I hate that thing) under the ice were ridiculous and it all went on longer than neccessary. And again we could have done without Legolas  (just what is his purpose?) and Tauriel (I would have rather seen Kili die defending his king and uncle rather than some girl he just met). Still I enjoyed it all - and Billy Connolly turning up as Dain was a nice twist. 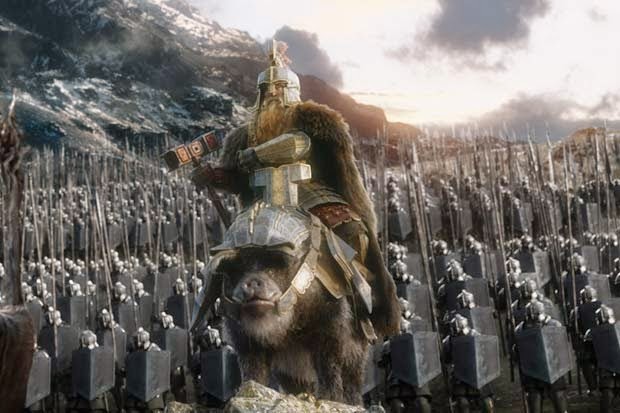 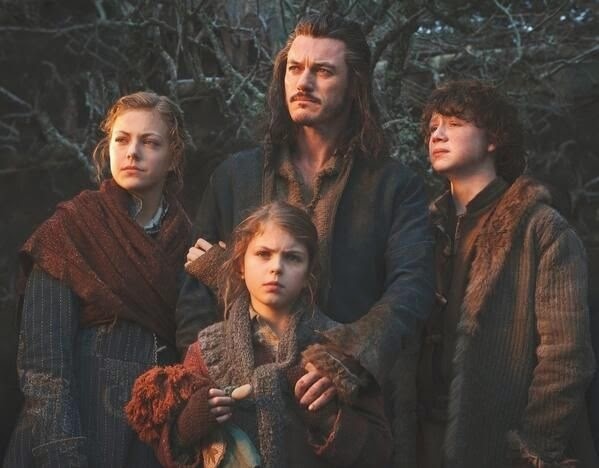 In other notes, I was pleased that they included the auction at Bag End, that the women got to fight in the battle and that James Nesbitt's kids got a part in the film (as Bard's slightly annoying daughters.) I also liked the song on the credits, nice and bittersweet to end the journey.


At the end of the day The Hobbit films are all decent. They're just not as good as they could or should have been. The  Battle of the Five Armies was better than I expected, and I did enjoy it. It's just hard to be satisfied when it could have been much more.