The Best of the Jane Austen Adaptations

It's time to pick your favourites! Jane Austen's novels are beloved by women (and men) worldwide, and in recent years have gained an even wider following through the numerous TV and film adaptations. Everyone's going to have their own favourites depending on generation as well as personal preference, but below I have listed  -  in my opinion - the best and most faithful versions of each novel, and my reasons for choosing them. 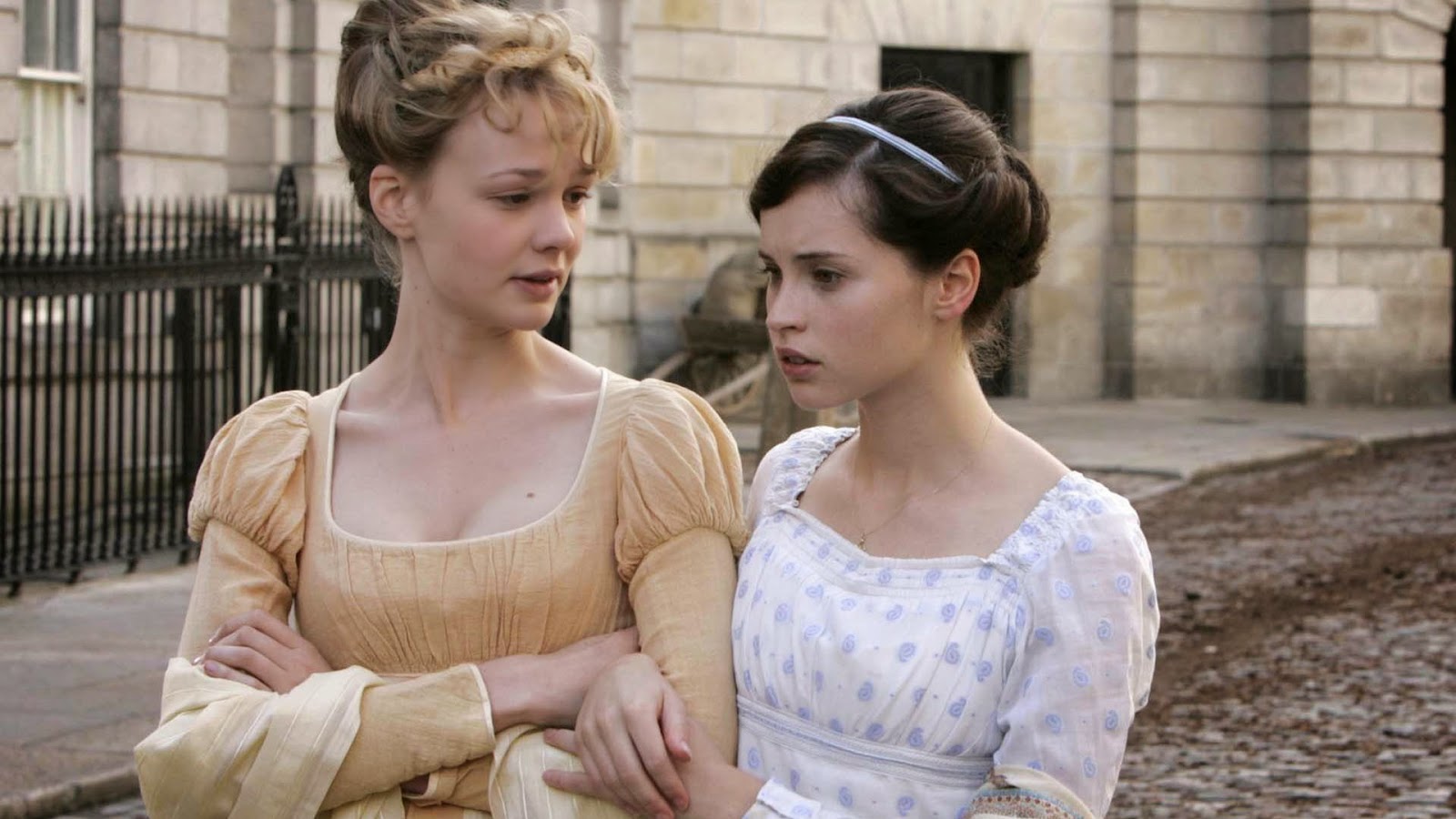 No competition for this one. Northanger Abbey was Austen's first completed novel, but the last to be published. Therefore as an early work it's not the most polished. But it's funny and truthful, with some great characters and my favourite Austen hero, Henry Tilney. The novel has not often been attempted, but Andrew Davies made a good shot of it in 2007, with a great cast (including Carey Mulligan in an early role) and a smattering of dream sequences that fit surprisingly well with the satirical tone of the story. The ending is a bit rushed, but otherwise, this was spot on.  Couldn't find a trailer, but here's a clip -  in which Catherine meets Henry... 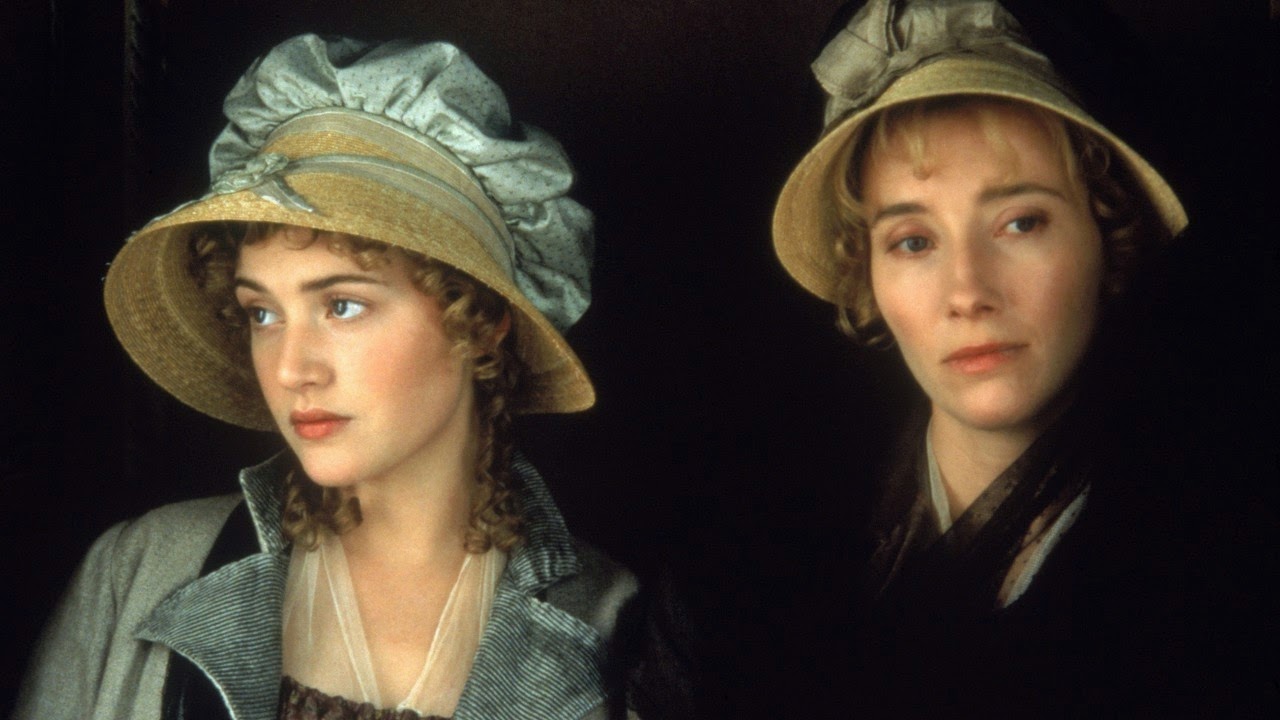 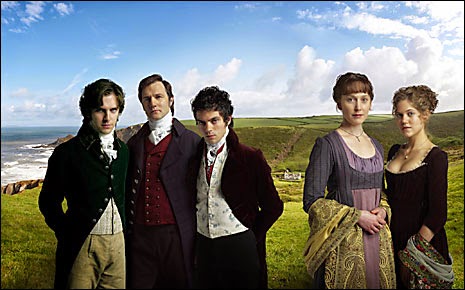 This was a tricky one for me, as I love both versions. The Andrew Davies television adaptation has plenty going for it - the leads are the right age for one (Emma Thompson is just not convincing as a nineteen year old) and Davies manages to throw in some great scenes from the book (like the duel between Brandon and Willoughby) that didn't make it into Thompson's script. But at the end of the day, the film came first and the TV series just wasn't exciting or different enough to replace it in people's hearts. 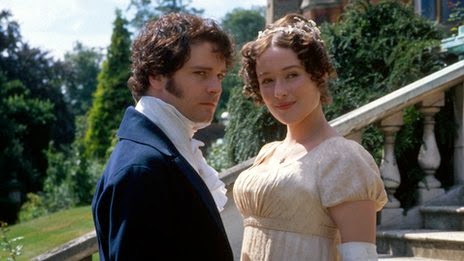 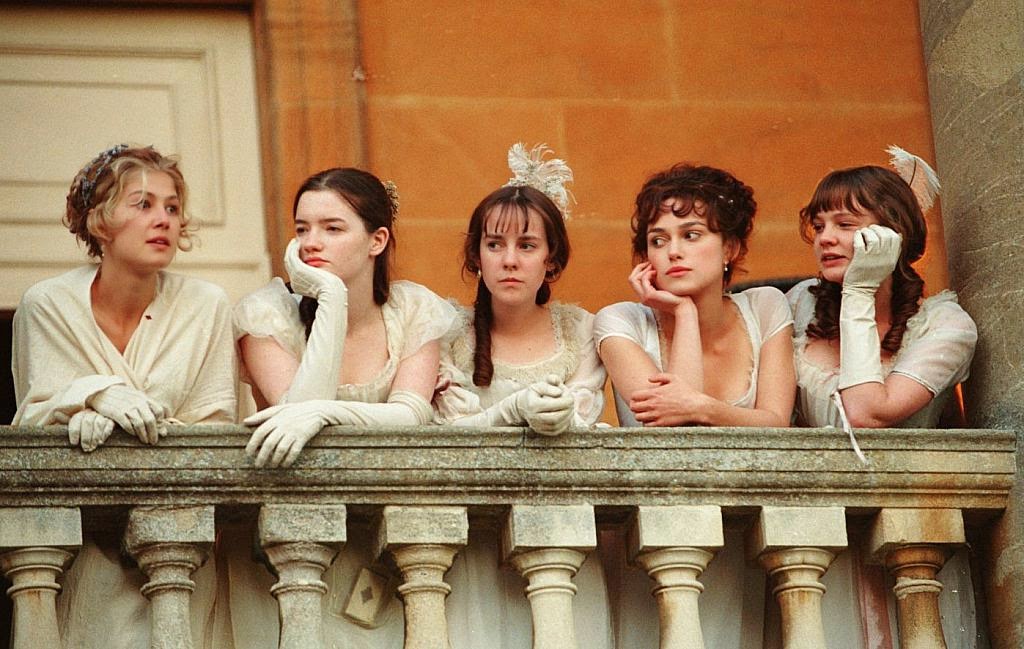 Again, a difficult one. The newer adaptation has got the ages right (this is becoming a theme) Mrs. Bennet is less over the top and I liked the casting of the sisters, particularly Mary and Jane. I also liked Matthew Macfadyen's interpretation of  Darcy - you could tell that he might be shy, instead of just plain rude. However, the 1995 version has Colin Firth, more screen time for Wickham, a perfect Mr. Bennet and lots of humour - which is sometimes lacking in the 2005 film. The series also has more time to play with, so is able to show us the complete story with more scenes for character development. And I was a fan before the film came along, so I'm biased. I should also mention that if you want a good laugh, watch the old black and white film with Laurence Oliver. Hilarious. 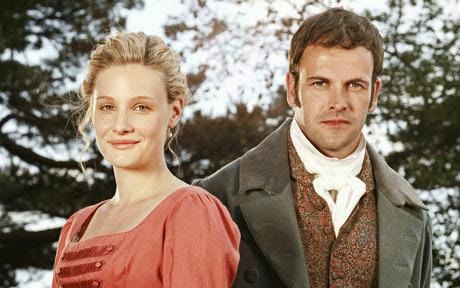 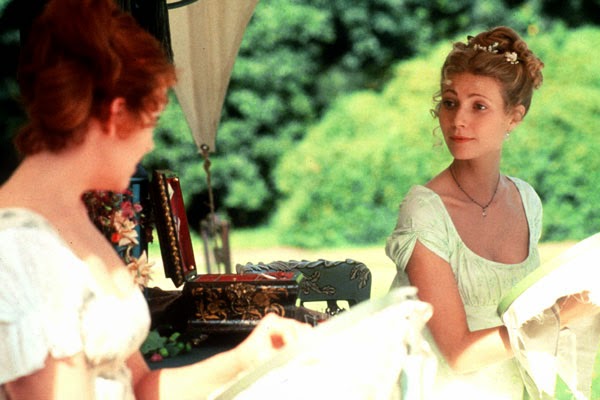 For most people, the 1996 film is probably the definitive Emma, with admittedly good reasons. Gwyneth Paltrow certainly looks the part, Jeremy Northam is a wonderful Mr. Knightly - in fact it's hard to find fault in anything, except a mis-cast Harriet and Ewan Mcgregor's wig. But there's something about the TV series that endears it to me more. There is a warmth to it that somehow makes the characters more loveable and the laughs more frequent. Maybe Mr. Knightley is a bit camper than he should be, maybe Emma needs more poise, but this doesn't detract from the great storytelling. If you haven't seen it I would say it's definitely worth a watch. 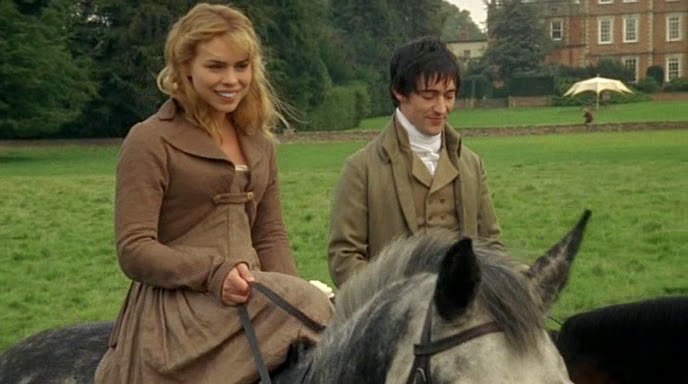 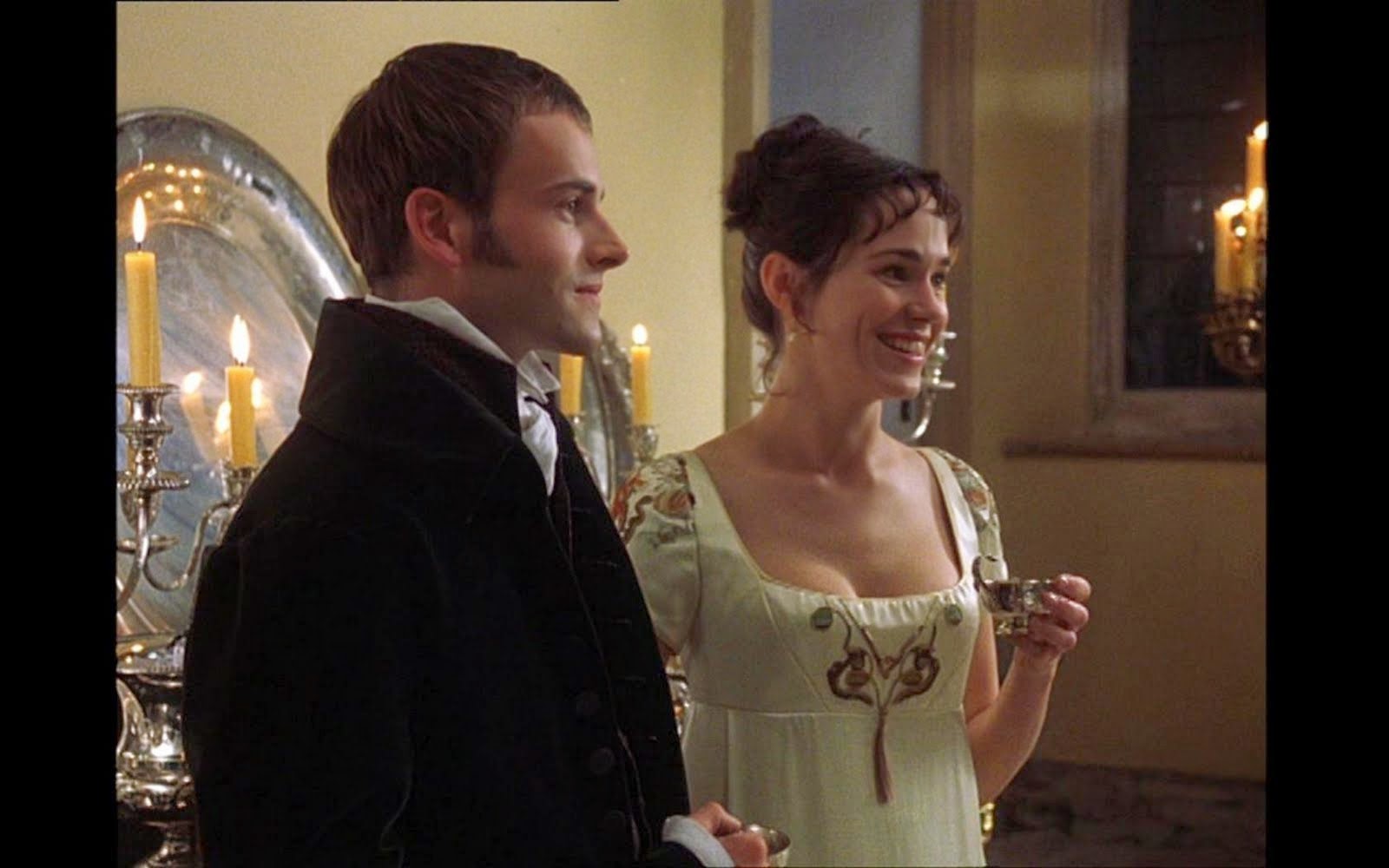 In my opinion, there has never been a decent adaptation of Mansfield Park.  However, if I had to choose, I'd go with the most recent, as Billie Piper at least attempts to portray Fanny Price in the way she was written. Fanny Price gets a lot of hate, because she's quiet and a tad judgemental. But lets be honest, she has her reasons - Mary Crawford's going after the man Fanny is in love with, and Fanny doesn't think she's good enough for him. Would you be non-judgemental in that situation? No. I like Fanny Price, but whether you like her or not there is no point in making a film of a novel if you're going to change the protagonist into a watered down version of her love rival. The 1999 version is a good film, but it's not Mansfield Park. On the other hand there is plenty wrong with the Billie Piper version too. No ball? No Portsmouth scenes! That weird running around bit at the end? Fanny's hair? She might be a poor relation, but I'm sure she can afford some hairpins or something. Or at least a brush. 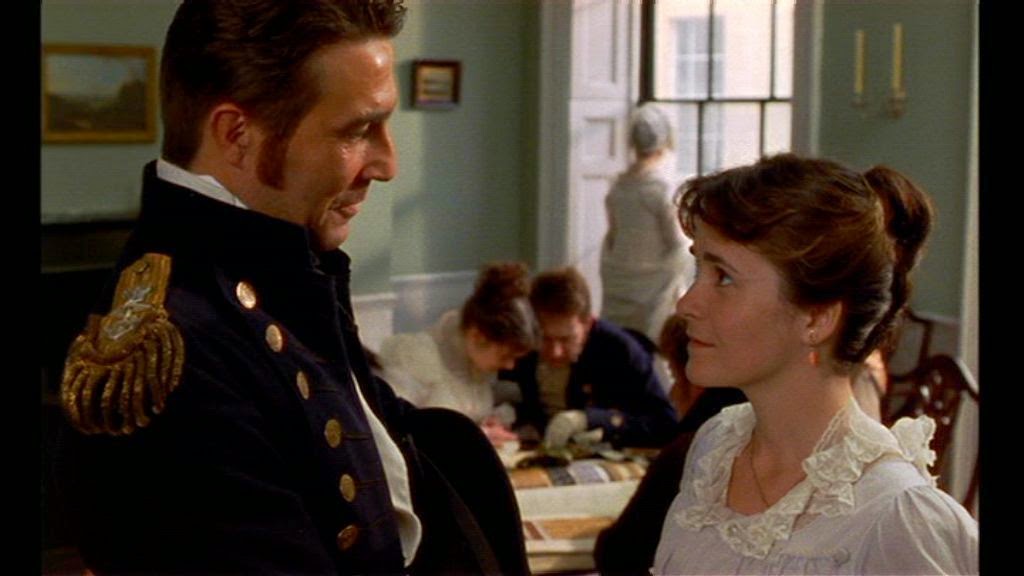 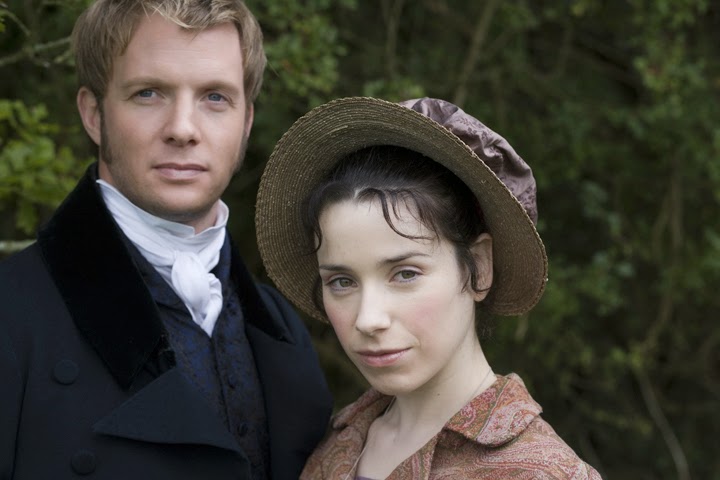 Persuasion is maybe my second favourite Austen (after Pride and Prejudice, obviously) and it's definitely the most romantic, but its adaptations haven't seemed to generate the same amount of fuss. Which is a shame, because both of these are quite good. Perhaps I'm alone in preferring Ciaran Hinds as Wentworth (Penry-Jones is very beautiful) but there is a lot more chemistry in the 1995 version. Also it wins by proxy for not including that kiss and the stupid scene where she runs through the streets. That is not regency appropriate.


People's thirst for period drama has not diminished in recent years, as the popularity of Downton proves, so I doubt we've seen the last of the Austen adaptation. In the meantime we've plenty to enjoy already, not counting the spoofs, spin-offs and re-imaginings that Jane Austen's work has inspired. Below are some links for some Jane Austen inspired film and series trailers, Austenland being my personal favourite!

Also I love this! -
Mitchell and Webb 'Posh Dancing'