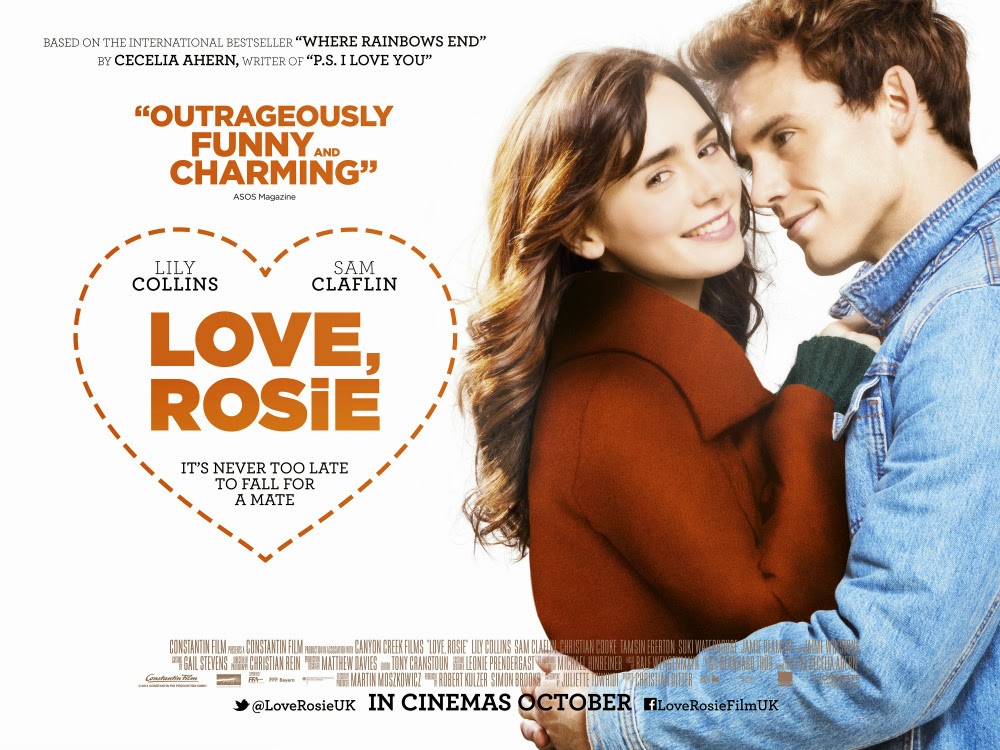 Last night I went to see Love, Rosie -  the new adaptation of Cecilia Ahern's award winning Where Rainbows End. I had finished the book the morning before, so it was all fresh in my mind and ready for comparison. In fact I'd seen the trailer already and decided that there wouldn't even be much of the book left to compare. But I was surprised. Yes, there were plenty of things about Love, Rosie that bothered me, both as a (brand new- jumping on the band-wagon) book fan and as a regular viewer. Yet Where Rainbows End was always going to be tricky to adapt and the film does manage to create something that stands on its own as well as sticking to the story in essentials. 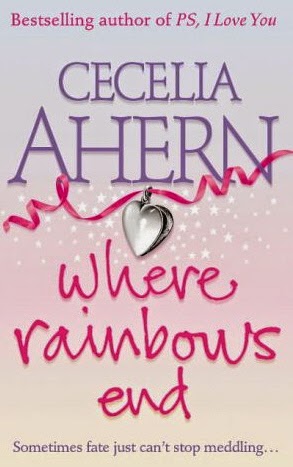 Where Rainbows End is the story of childhood best-friends Rosie and Alex, and the ways in which life and bad timing conspire to keep them apart. A bit like One Day, except the characters are actually likeable. Alex is an aspiring heart-surgeon, Rosie wants to manage hotels, both begin as troublesome teenagers from Dublin and grow into adults with widely different lives. I liked Rosie and - although she is nothing like me - I was always on her side. And I liked Alex - who in theory should be a boring cliche, but was actually quite well-rounded. 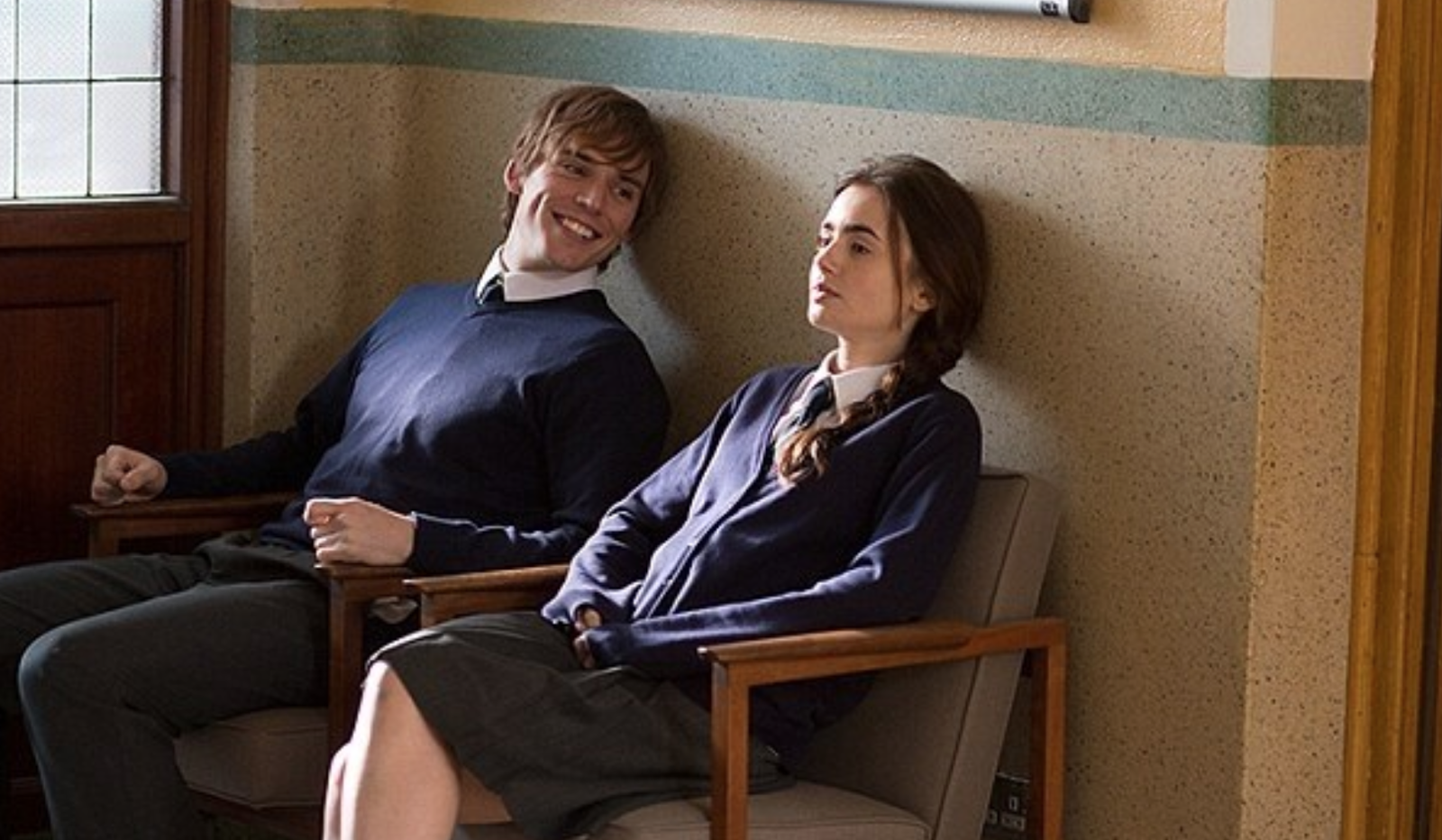 The entire book is told through letters, emails and instant messages, which is great in that it makes for a quick read (I kept saying 'I'll just finish this email') but can be annoying as it means the most interesting events of the novel are heard about not seen. This was always going to make things difficult for a screenwriter, as the film has to show scenes that, in the book, have only been discussed or hinted at by the characters. At Rosie's Debs (the Irish version of the Prom) for example, or on her trips to Boston, we never get the whole story, so the film has to elaborate a bit. The biggest difficulty, however, has got to be the timeline. The book spans the character's lives from seven to fifty - and it would be hard for the film to show such a range of ages (keeping in mind the second generation also). The film takes the characters  into their early thirties instead - although Lily Collins looks about eighteen throughout - and begins with the events of Rosie's eighteenth birthday (Her sixteenth in the book, but I guess that would be promoting under-age drinking.) 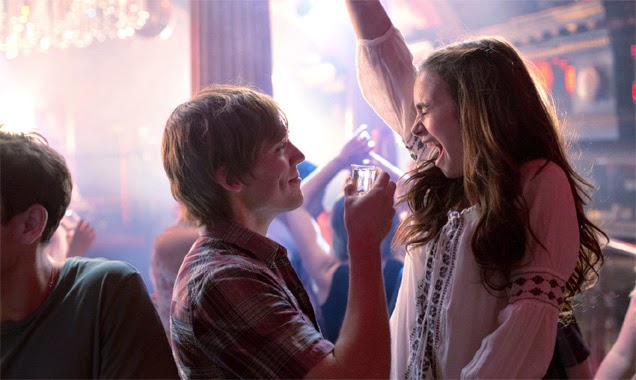 If I'm starting with the positives, I'll say that the writers jiggled the plot around quite well. Apart from one particular re-arrangement that I felt was very wrong (see the SPOILER section below) nothing in the plotting annoyed me that much. The combination of  Greg and Brian worked well, as did the introduction of Ruby, the progression of Rosie's job and the way Alex and Bethany were brought together the second time. All of it required some weaving, and it's all more realistic in the book, but I suppose time constraints are a real thing... 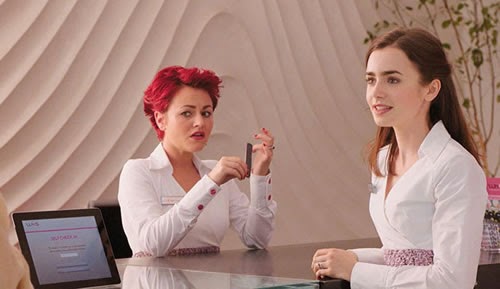 I liked the casting. I wasn't sure about Alex at first (partly because I'd seen The Riot Club not that long ago...) but Sam Claflin really won me over. Lily Collins made a great Rosie, if only lacking a bit of bite, and all the secondary characters did a good job. The accents though - now I'm not going to rant. I don't mind that it wasn't set in Ireland, really, I don't. But then why film in what is very obviously Dublin? Why make Rosie's parents Irish? Why do most of the minor characters sound as if they're covering an Irish accent (Phil, anyone?) and just who is the strange Irish girl who lives in Alex's house? (I assumed it was an invented sister, but they never actually explained her.) Collins was doing a fake accent anyway, she might as well have done Irish. My other accent annoyance was not just that they were English, but that they were both extremely posh. I've got nothing against posh, if it fits the character, but Rosie and Alex were both from ordinary backgrounds weren't they? Why did Ruby have an accent and Rosie speak like a newsreader? Not that it really mattered, but it irked me.

Overall, the film was good. It made for a good stand-alone, it was funny, it was heart-warming, it followed the book in part. The leads were likeable, I loved all the nostalgic nineties/2000's stuff (MSN!!) and it captured the essence of the story. Some things annoyed me, but to launch into the little irritants would mean spoilers. Anyone who has not yet seen the book or film, I would recommend both, but the book in particular. 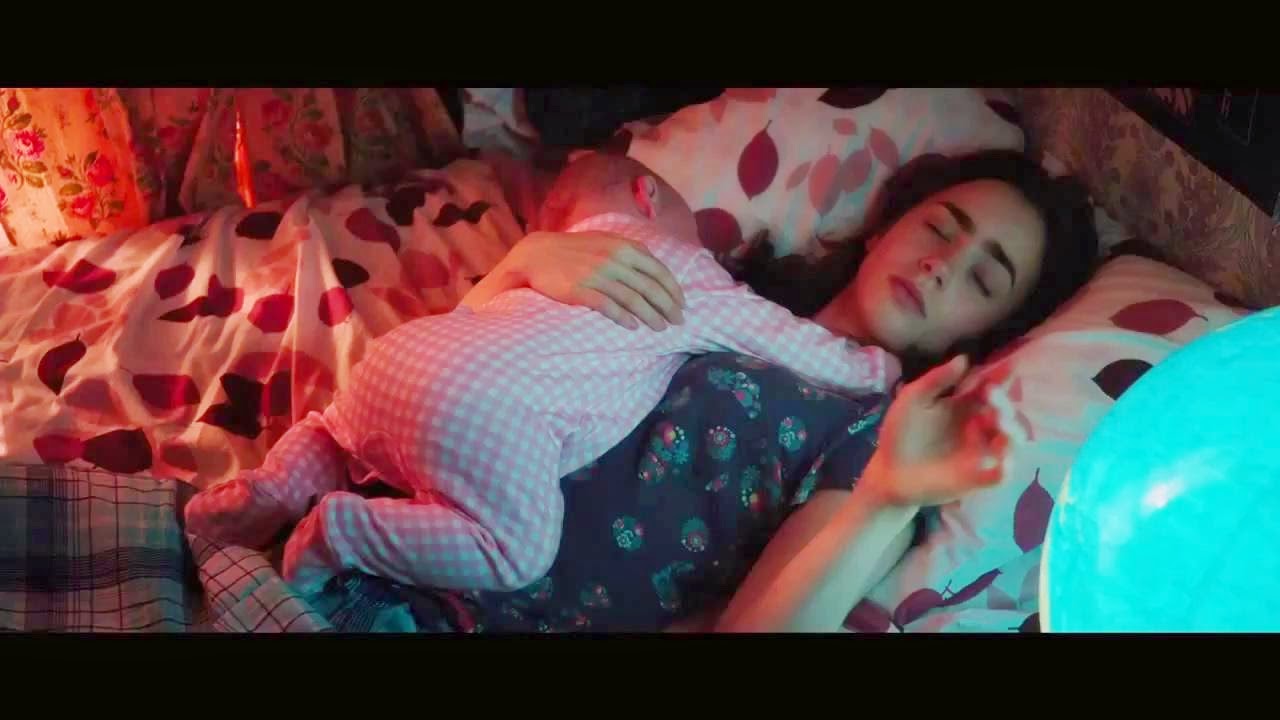 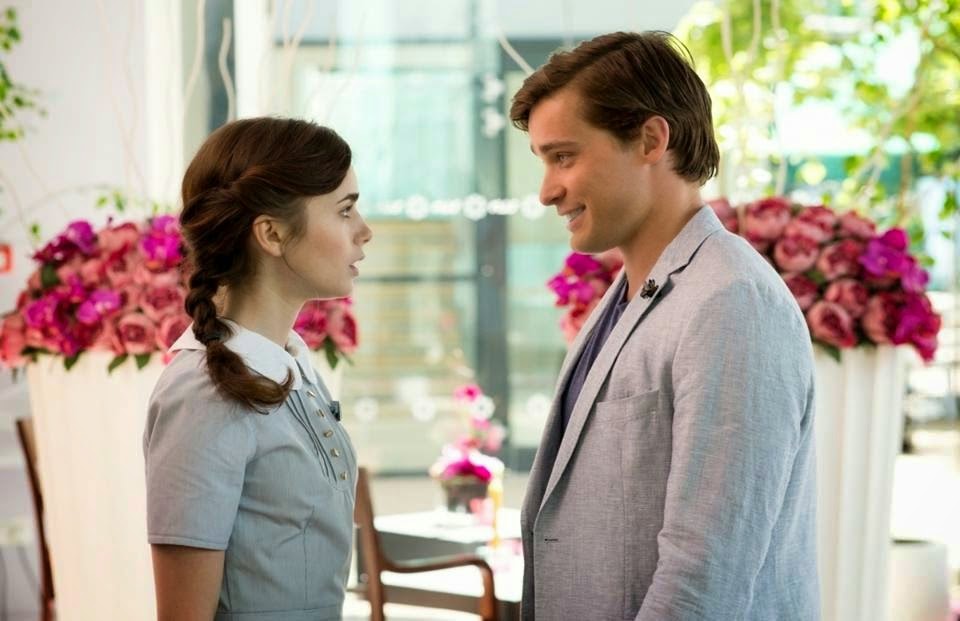 The Book - Funny, realistic, frustrating, romantic - if predictable. I rushed through it.
The Film -  Funny, sweet, but doesn't work as well as a film.

My Rating:  They Got the Point