The Shawshank Redemption: Novella vs Film 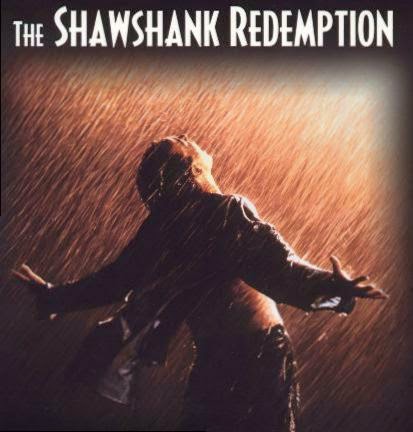 Film or TV? - Film
Famous or Obscure? - Famous
Better on Page/Screen - Both good, but it's got to be screen - there's more of it!

As there's been nothing particularly current I could think of to review this week (although if you're looking for something to see at the cinema I would recommend 'What If') I've fallen back on an old favourite. The Shawshank Redemption is a film often included in run-downs of 'the best films ever' and still retains its long protected place at the top of IMDB's top 250. Yet despite all the fuss its origins are more humble, starting with a comparably low grossing cinema release based on one of four novellas in a compilation by Stephen King. Rita Hayworth and the Shawshank Redemption is the first offering in King's Different Seasons - the others are Apt Pupil (also a film, starring Ian Mckellan) The Body (later adapted and renamed Stand by Me) and The Breathing Method.

The Shawshank - subtitled 'Hope Springs Eternal' - is the best of the 'seasons' as well as the best known and considering the length of the film in comparison with the novella, the adaptation is surprisingly faithful. The book even includes some details that the film does not, as every character seems to have a back-story. 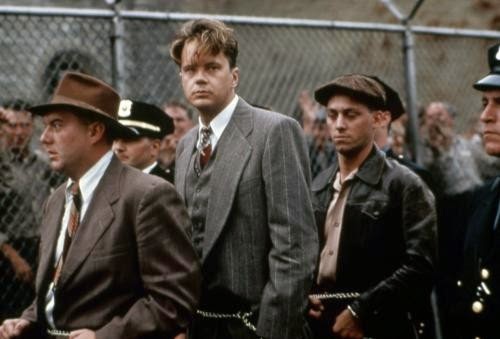 Rita Hayworth and the Shawshank Redemption is the story of Andy Dufresne, city banker in 1950's Maine who is convicted of  murdering his wife (and her lover) and sent to Shawshank State Penitentiary to serve two consecutive life sentences. Told from the first person perspective of 'Red' - lifer, contraband smuggler and eventual friend for Andy - King's novella is a story of survival, as well as a dark and tightly plotted prison drama. Andy must contend with the brutish inmates, sadistic prison guards and the corruption of the warden, all the while maintaining he is innocent and attempting to stay sane. 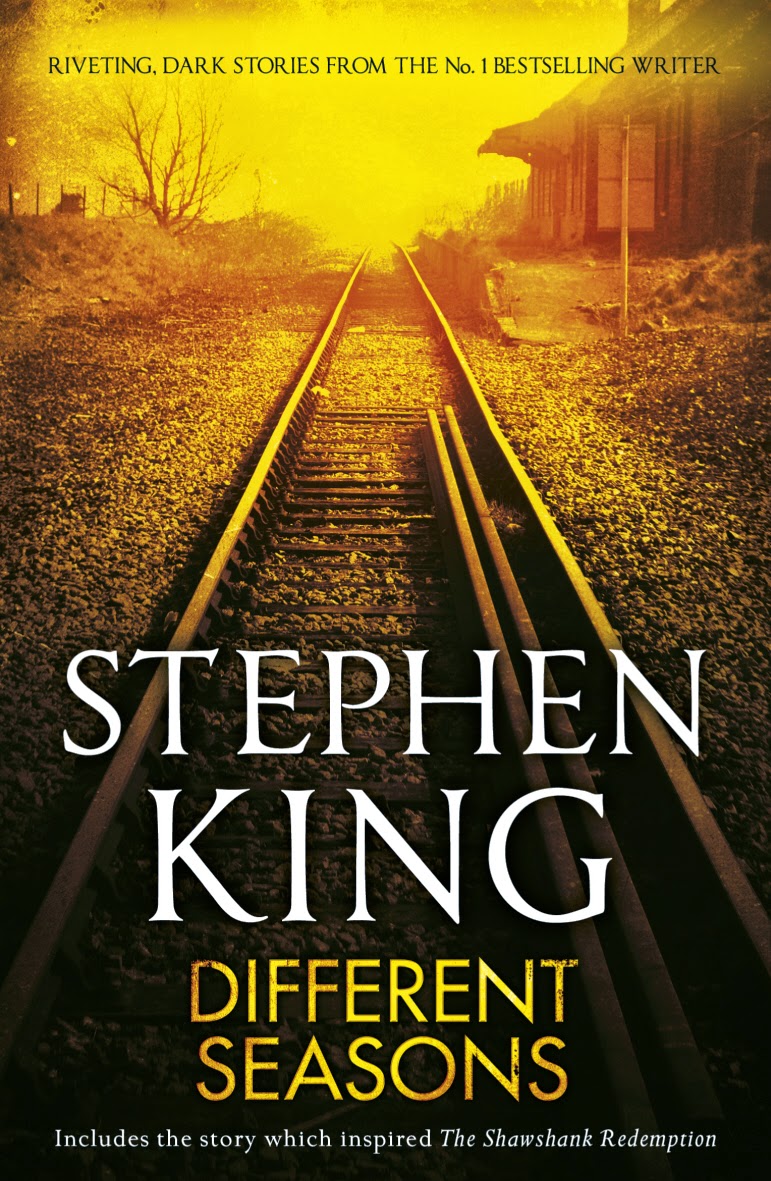 The film is adept at converting King's sharply written story to the screen but there are some differences, especially in character. Red, for one, is a red-haired (hence the name) Irishman sent to Shawshank as a young man after purposely removing the brakes from his wife's car, resulting in her death. Morgan Freeman's Red was sent down after a robbery-turned-shooting, which I'm guessing is meant to be a more forgiveable crime. The story also goes that Freeman was pleased to be cast, as it was the first time he had been asked to play a role where his race was not a factor. Having seen the film first it is hard to imagine anyone else in the part, and on reading the novel it was Morgan Freeman's voice that I heard in my head. There is a line in both book and film, where Red attempts to explain his nickname. Freeman says "Maybe it's because I'm Irish" - and you laugh without realising the full extent of the joke. In the book it's just spoken as a fact. 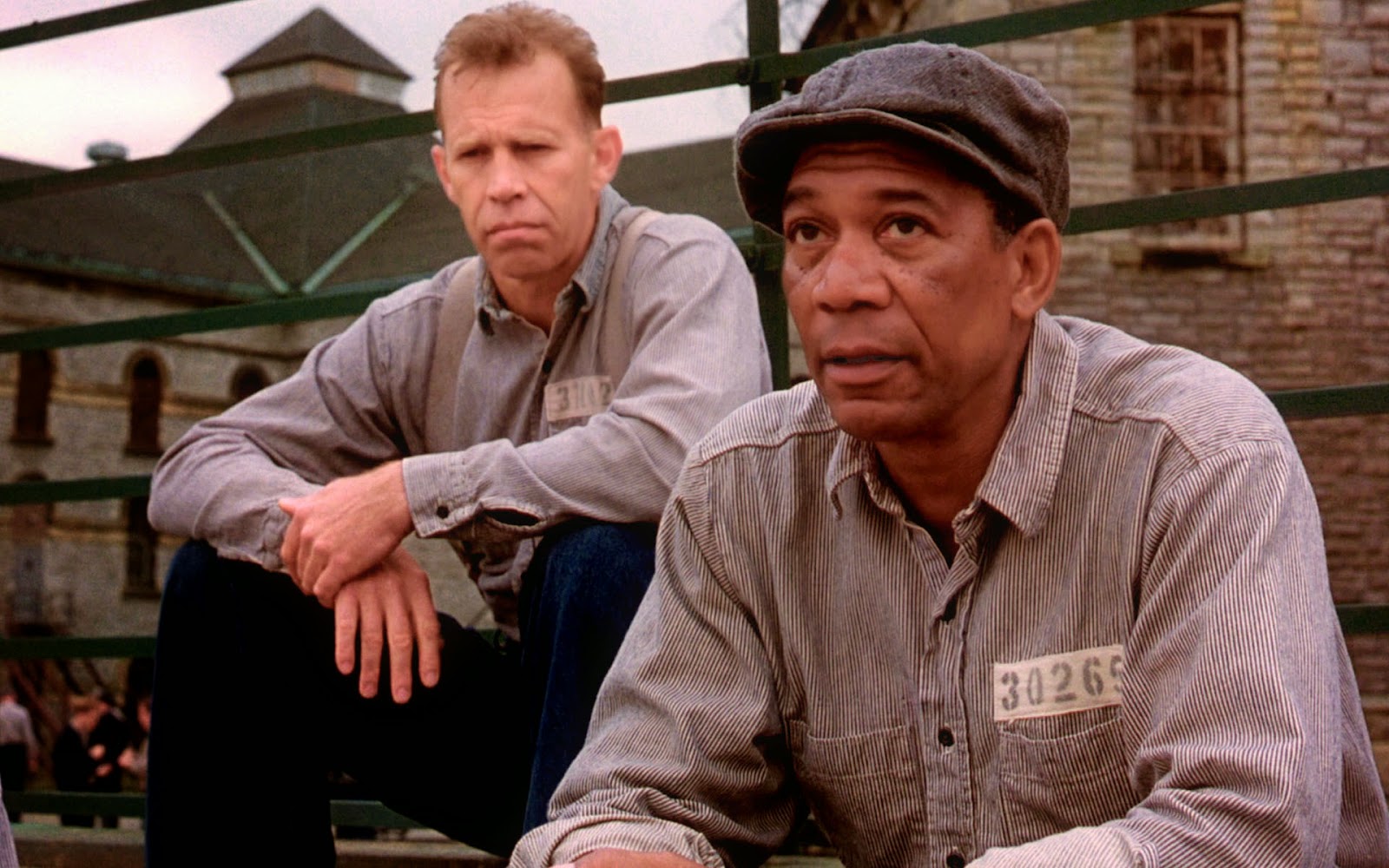 Other characters from the film - such as the primary guards, the Warden, old Brooks - are taken from the book but are not necessarily based on one character. Brooks, for example is composite of two: the old con who struggles to cope when released into the outside world, and the man with the bird that he raises from a chick. In King's novella the array of different characters and their stories are a large factor in building up a picture of a life in Shawshank and the people there, yet it is easy to see that in the film, it is more effective to have a few main characters than a large cast of minor ones. Those minor characters that do appear in the film are perhaps also more sympathetic - you might feel less sorry for Brooks (and the fat man who breaks the first night) once you know why they're in there in the first place. Yet you're still meant to sympathise. Everyone in a high security prison is going to have a dark history, after all.

Despite the unlikely setting, the characters of Shawshank are well-drawn and interesting. We either like or love to hate them, and Andy Dufresne is a man we want to see do well. The story begins with a trial that seems like a cut and dried case, we are not told that Andy is innocent (except by himself) but through our narrator's eyes we see a clever, quiet and often vulnerable man who strives towards his ambitions quietly and cleverly. We know he was cold to his wife, you could even say there was something un-nerving about him (Tim Robbins conveys this well I think) but you still want him to succeed. Whether winning round the guards and the Warden, cultivating the prison library or making his way towards escape, Andy Dufresne is a character that gives us hope. 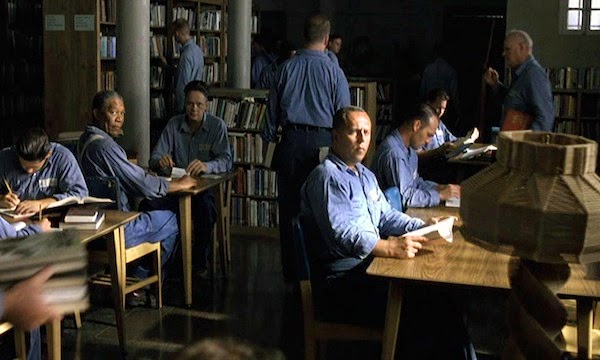 Both reading and watching Shawshank we are given plenty of things to think about in regards to the treatment of prisoners. Most of the characters in the story have done terrible things but they are still people - King seems to suggest they deserve not to be beaten and raped by guards and fellow prisoners, that they should have access to learning and culture and a chance to actually get re-habilitated, so that once they've served their time they can make some kind of life for themselves. Plenty of people would disagree with this (as still evidenced by the recent book ban in British prisons) but I happen to think it's a good message. Not that I think King was going for a message in particular - just writing a good story.


The Shawshank Redemption is undoubtedly a great film (although I don't think I'd call it the greatest) and Frank Darabont's screenplay does wonders with turning a short story into a long film that doesn't ramble. The music is perfect, the message is inspiring and the acting is flawless. There are few films of a serious nature that I will enjoy as much as something trashy and fun, but I've never been bored watching this film. It's something you can turn on half-way through and will always watch to the end, however late at night you stumble upon it. I'm sure if you haven't seen it, it's already been recommended a million times, but I'll add my voice to the rest of them. And the book's good too.

The Film - A modern classic, definitely worth a watch.


...And if you're planning to read all of the Different Seasons, here are the trailers for Stand by Me (The Body) and Apt Pupil.