Some Admirable Ladies of Literature

Women have come a long way in the past century, but the lack of well-rounded and powerful female characters presented in books and other media - compared with the wealth of two-dimensional bond girl types - is one way of judging how far we've still to go. The good news is things are looking up, and with Game of Thrones seemingly setting the bar I seem to be seeing a lot more real and admirable women on my screens lately (try Nashville and the tacky but hilarious Reign - I love the queen!)
The List Below is my pick of some of Literature's most inspiring female characters. Not inspiring because they're perfect but inspiring because they're human. Smart or not, kind or ruthless, courageous in their own different ways. Their creators allow them to have distinct and characterising personality traits, good or bad, and we love them for it.

Note: Again, writing this list I've realised that my reading choices are pretty limited, as the same faces keep cropping up in this blog again and again. If your favourites are missing  why not comment and let me know why they're awesome?

Warning: Some SPOILERS ahead. 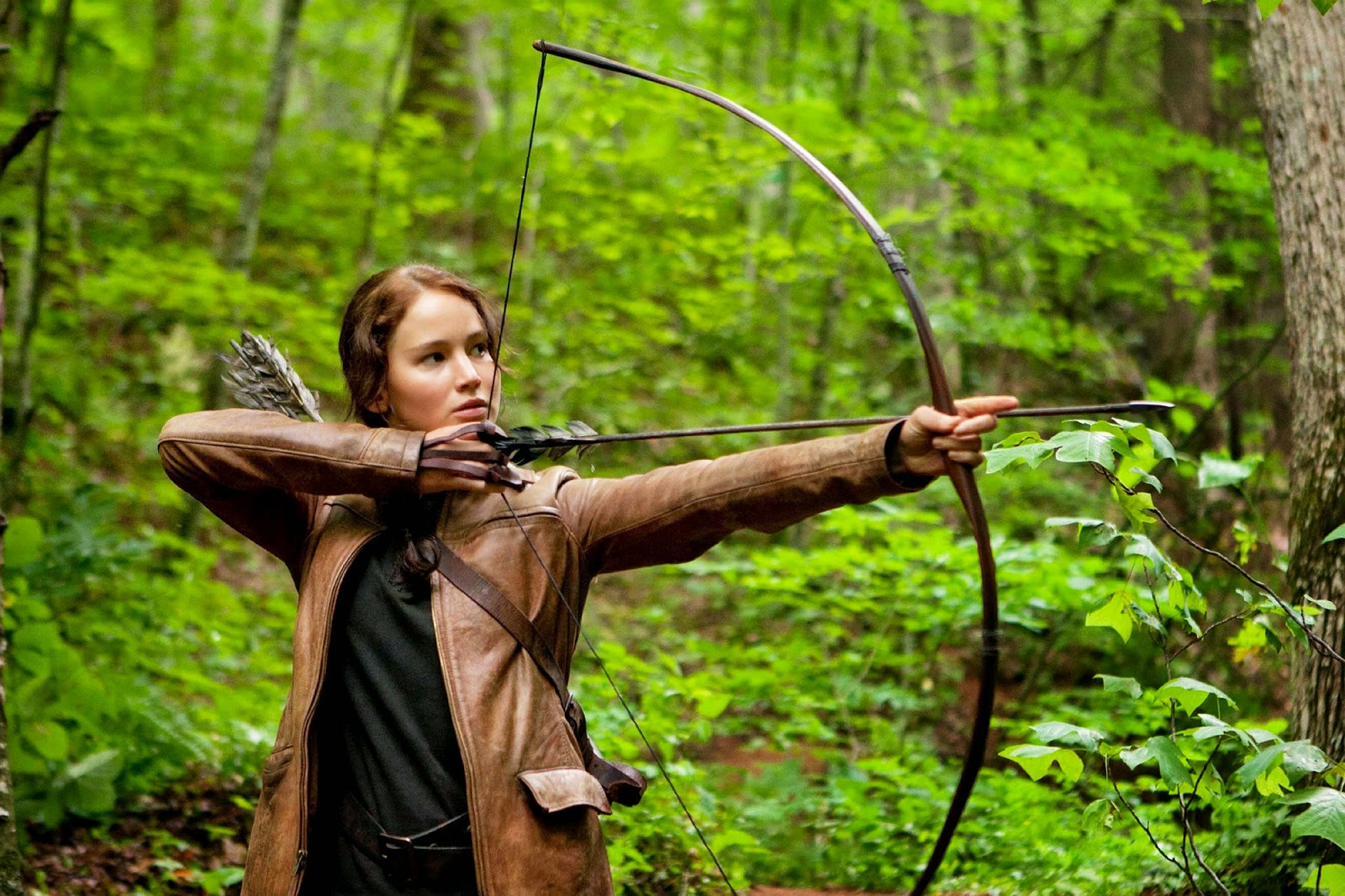 At first glance Katniss may seem like your stereotypical 'feisty action heroine' cliche, but there's more to her than archery and an attitude. Katniss demonstrates great bravery and self-sacrifice in taking her sister's place in the fight to the death that is The Hunger Games. She is caring and practical, having been the family breadwinner since her father died. She is ruthless, both to other contestants in the games and in her attitude towards her mother (and occasionally Peeta.) She's a survivor, an outsider and a likeable character, although you know if you actually met her she'd come across a bit miserable. Suzanne Collins has her failings as a writer (cough*Mockingjay* cough) but she can write female characters - I also love the way Prim's character develops throughout the novels. And perhaps Collins' most triumphant moment is in creating a love triangle in which the girl does not come across as selfish and shallow. It's just obvious that Katniss has other things to worry about. 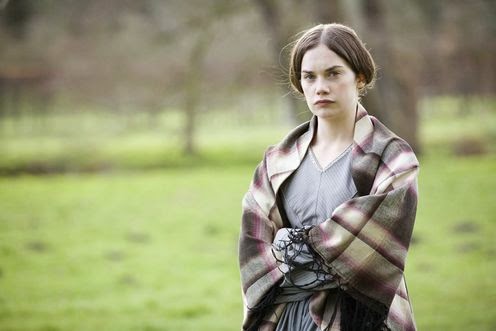 Jane Eyre? A feminist? But she's so quiet and oppressed! Yet Jane Eyre is a woman who - so far as is her ability within the confines of her society - makes all her own choices. As a child she has no control over her own life, but she still manages to tell her aunt exactly what she thinks of her. She rides out her time at the horrible Lowood school, becomes a teacher and as soon as she is able she gets out of there through her own means. Rochester is a strong personality, but despite her love for him Jane holds her own throughout their relationship; she makes her own decisions and sticks by her own principles. The same applies to her interactions with StJohn Rivers. Jane is kind, honest, passionate, strong-willed and sensible. Yes she's 'poor, plain, obscure and little' but that doesn't make her irrelevant, and she knows it. Wide Sargasso Sea proclaims itself to be a feminist invisioning of the Jane Eyre story, yet its supposedly strong protagonist is driven to madness simply because her husband treats her as if she's mad. Jane Eyre wouldn't take that crap. 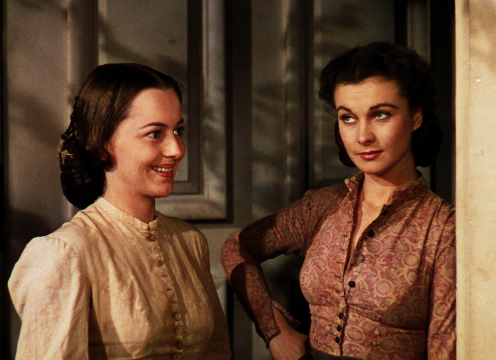 Two very different women, Scarlett and Melly are each admirable in their own way. Melanie is kind hearted and sees the best in everyone. She is cool in a crisis, fiercely loyal and prepared to stand up for what she thinks is right. There are probably more negatives than positives to write about Scarlett - she can be cruel, conniving, unkind, a terrible mother, a terrible flirt - basically she's a grade A bitch. But she's also a survivor. Scarlett is smart (although not about people) she's independent, and will do anything to get what she wants - whether it's picking cotton, hiring convicts, stealing other people's fiancees, selling herself, running her own timber mill, murder... well, you get the idea. You wouldn't aspire to be her but you can't help but admire her guts. 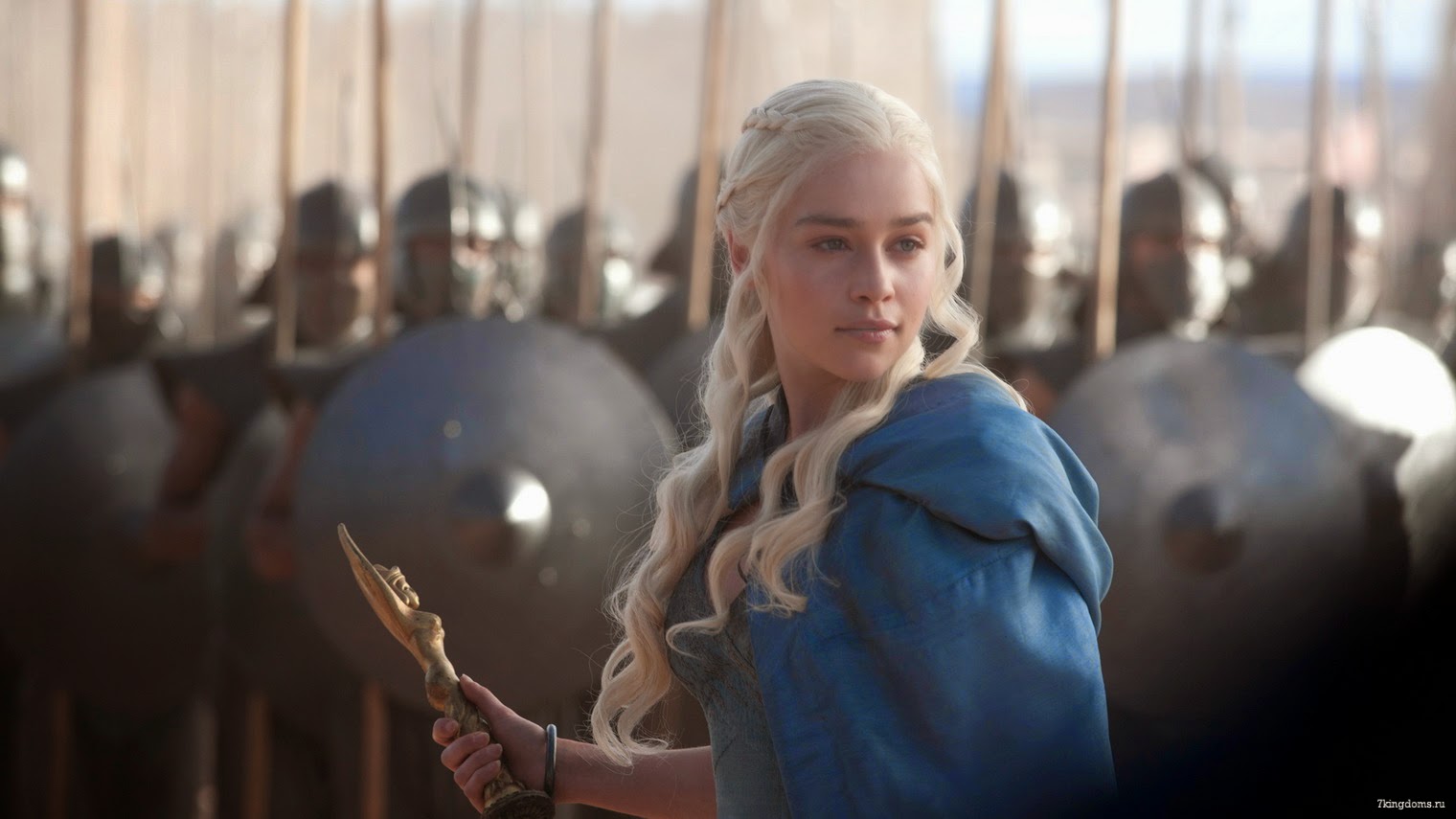 I'm largely going on the series here as I'm only part-way through book three (she's in Astapor at the moment - so exciting!!) but I don't think you'll find a better example of a strong woman on television in recent times. Daenerys begins Game of Thrones as your archetypal victim - facing a forced marriage, the whims of an abusive brother - every decision she makes controlled by the men in her life. Yet she learns to take control of her situation, first by working her marriage to her advantage and learning the ways of her husband's people, and after his death she goes from strength to strength. Daenerys is ruthless, yet with a strong sense of justice - a ruler to be both loved and feared, making her a strong contender for the iron throne. Yet she is a distinctly feminine presence. Her brief time as a mother and role as 'the mother of dragons' are a defining part of her, not an aspect to be swept under the carpet now that she has come into her own. She embraces her sexuality, never disguising her more typically female traits - compassion that could be called tender-heartedness, the love she had for Drogo, her way of dress. Yes, she makes mistakes, but on the whole she is pretty amazing.

High Point:   The destuction of Astapor, her campaign to free the slave cities.
Low Point:    Falling for her rapist, trusting anyone in Qarth. 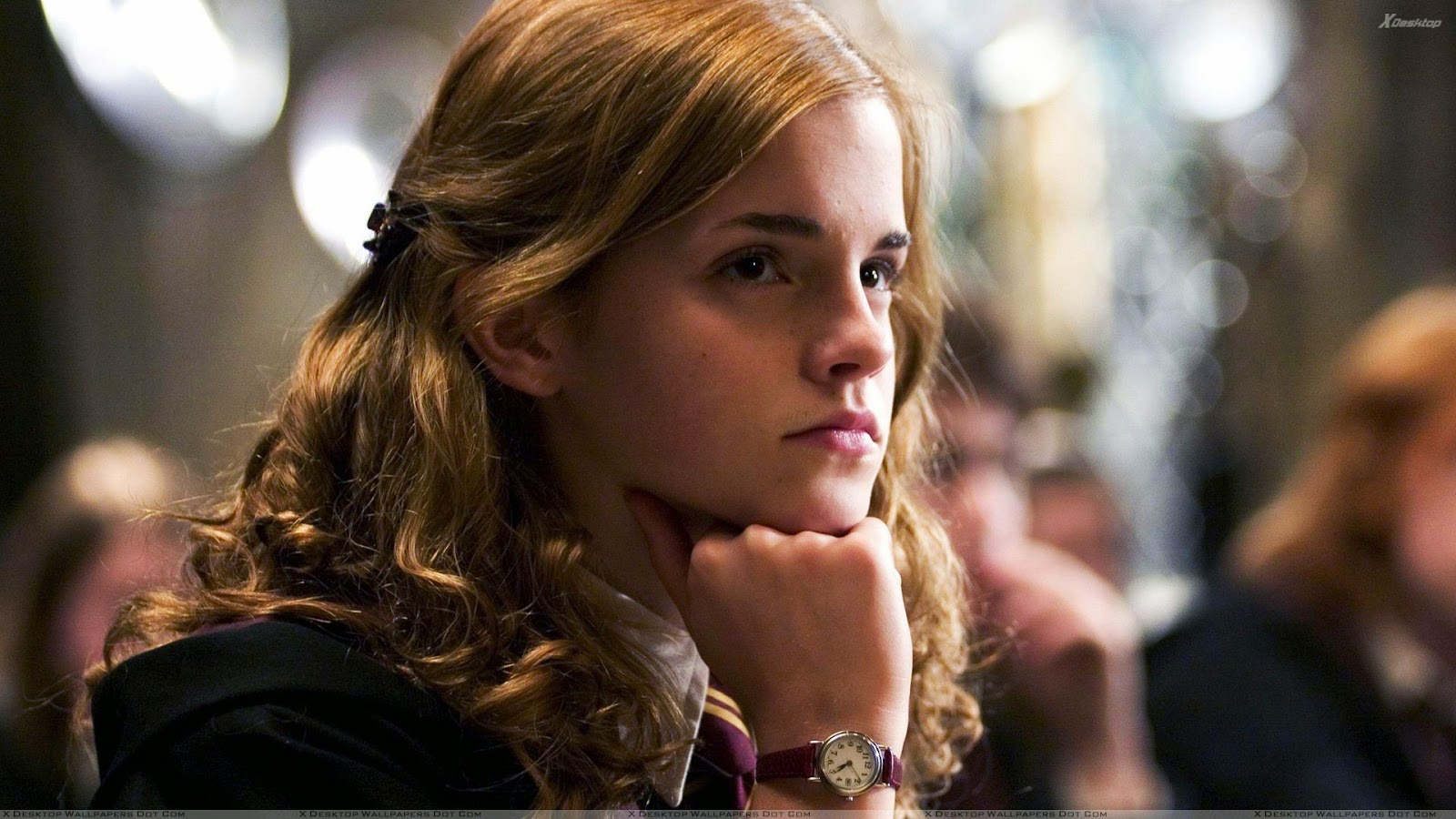 The Women of Harry Potter are an admirable lot - diverse, realistic and strong. Professor McGonagall, Mrs. Weasley, Lily Evans, Tonks, Fleur, Cho, Ginny, Luna. Even the token 'silly' girls, Parvati and Lavender have hidden depths - their time in the D.A and fighting at the battle of Hogwarts to name two examples. Even the 'evil' women are not the usual femme fatals or hideous old crones. Bellatrix Lestrange is fanatical and unhinged and Umbridge is possibly one of the best and most hate-able villains ever created - neither are two-dimensional. J.K Rowling doesn't confirm to stereotypes (her hero wears glasses after all) and perhaps her most un-publicised triumph is to create a series of novels in which every woman is an individual. They could have a list all to themselves, but in this list, Hermione is their representative. Hugely intelligent, unfailingly kind, unashamedly unglamorous. Although she gets the magical equivalent of braces and glams up for the yule ball, Hermione never gets that big make-over moment, her hair stays bushy and her looks ordinary. While Ginny comes out of her shell and becomes Miss Popular-sexy-sports star (although not losing her deeper qualities) Hermione remains the girl we knew in Philosopher's Stone. Bookish, bossy, sometimes weepy, with a good heart, a bad temper and a deep understanding of people. She is always herself, always there when needed and almost always right. And we love her for it.