Circle of Friends: Book vs Film 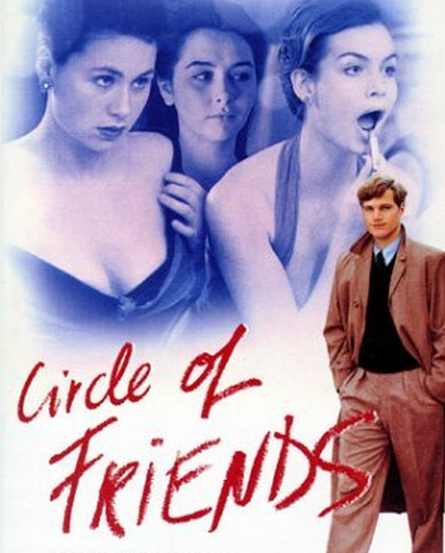 Film or TV? - Film
Famous or Obscure? - Pretty obscure now, I'd say - but it was a best-seller!
Better on Page/Screen? - Page.

For some reason, books set at university are pretty rare. One of the few I've read is Maeve Binchy's Circle of Friends, which follows a group of university students in 1950's Dublin. Don't judge it by by the (admittedly old-fashioned) cover - I thought it was really good!

Circle of Friends is the story of two girls from the fictional Irish village, Knockglen. Big, gentle Benny Hogan is from a loving if over-protective family, while Eve Malone is an orphan raised in the local convent by the nuns (nice nuns, not the crazy Magdalene Sisters kind). Setting out for university in Dublin - although poor Benny has to come home on the bus every night  - the girls' stories become entwined with that of beautiful, ambitious Nan Mahon and college heartthrob Jack Foley. 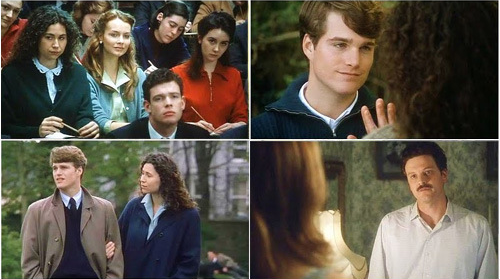 Circle of Friends is very character based, with each part of the ensemble following their own story arch. Benny's is mostly romance, although she has her share of growing pains and family drama - what exactly is up with creepy Sean Walsh in the shop? Will her parents ever treat her like an actual adult? Will people ever stop referring to her as 'a big horse of a girl'?  I liked Benny a lot, she was sympathetic but she had a lot of common sense. Although I empathised most with Benny, Eve was likeable too. Sharp and quick on the defensive but also kind and loyal, Eve's story focuses on her family background and the way her relationships (or lack of) with her relatives up at 'the big house' impact on her life. It's through Eve that we also meet Simon Westward, who has his own part to play in the story as a whole. 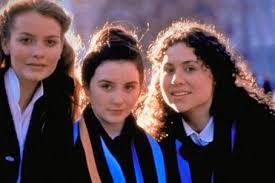 When it came to the film... well, I had issues. In the adaptation  - written by Andrew Davies and starring Minnie Driver  - Eve is assigned to the 'best friend' role and most of her storyline is cut. The narrative instead focuses on Benny's  romance with Jack and her troubles with Sean Walsh. The characters of the book are much more complicated - Binchy made me like Nan, and even Jack, despite how terrible they were - but the film doesn't give either of them much room for development.  We don't see Nan's family background, which is vitally important in the way it informs her character and Jack has morphed into a stereo-typical leading man.

Also, in focusing solely on Benny's story, we lose out on one of my favourite threads in the novel - the renovation of Knockglen. This is the kind of book that (as well as making you want to run off to buy some vintage 50's clothes) makes you want to start up your own business, and that's due to a storyline that sees the young people of Knockglen - Clodagh, the niece of the lady who runs the dress shop and Fonsie, son to the chip shop owner - trying to make the town more modern. Their businesses slowly build throughout the novel and you root for them to do well, especially as Clodagh and Fonsie are such warm and charismatic characters. I get why they were culled (I would have cut them too) but I missed them. 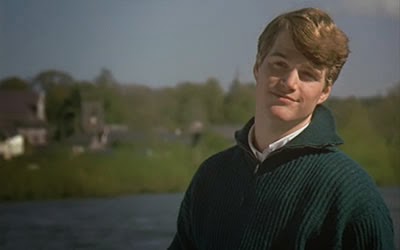 Truthfully, I did like the film, and if I hadn't read the book I'd probably give it warmer praise. Even as a book fan, I liked the casting. When I first heard that Benny would be played by Minnie Driver I found it hard to imagine, but in actual fact she was great in the part. At this stage of her career she was plumper, with a soft, sweet looking face, perfect for Benny. Her acting was strong as ever, but she was bigger and less glamorous. The rest of the cast is surprising starry for a little known film, with Colin Firth as Simon, Alan Cumming as Sean, Ciaran Hinds as a university professor and a young Aiden Gillen (Game of Thrones' Littlefinger) as a slightly creepy version of the loveable Aiden Lynch. 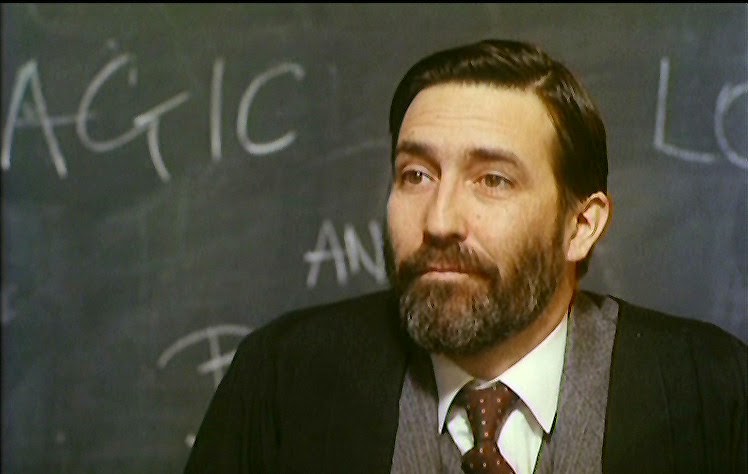 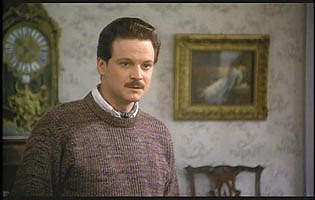 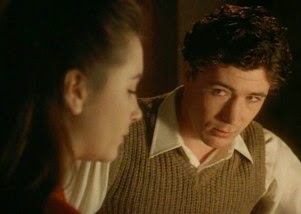 The film looks good, it's well acted (although some of those accents are pretty shocking) but despite all that I can't help thinking it missed the point. The book is called Circle of Friends and that's what it's supposed to be about. Friendship. The film would have been better  titled 'Circle of Sexually frustrated Catholics in Ireland'. It became all about Benny's 'sexual awakening', which is kind of a part of the book, but there's more to the story than just that. One of the things that surprised me about the novel was how 'modern' the characters' attitudes were - the only real difference being that the consequences of getting pregnant (or being caught out by the older generation) would be much worse than nowadays. Maeve Binchy herself was at University during a similar era, so she must have known what she was talking about. Yet, the film ignores this and goes in for the usual Catholic stereotyping instead  -  like university lectures about the 'sexual habits of the savage' and the obligatory confession scene ('bless me father for I have sinned.') We've seen it all before, but people love the cheesiness, I guess.


Still, the ending?! Really? Not to spoiler anything, but the book's conclusion is totally different to the film. When I watched it, I found it hard to believe. After everything? After all that went on in the cottage? No way. You'll have to read the book to see what I mean, but I found the book's ending much more satisfying.

Overall I'd say Circle of Friends was definitely worth a read. It had likeable characters, an engaging plot and despite the old fashioned setting and gentle tone of the narrative, I was surprised how fast I raced through it. The film is fluff (although enjoyable enough if you don't compare it to the book) but the novel is realistic, enjoyable and made me both laugh and cry. Would definitely recommend.

Book -  A surprisingly quick read, great characters, a book I'll go back to.
Film -  Cheesy and enjoyable, but missed the point of the book entirely.