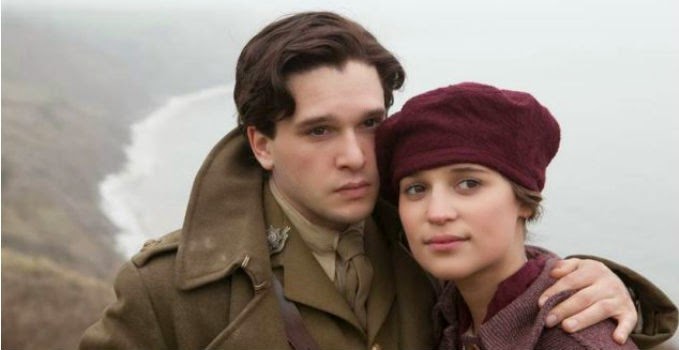 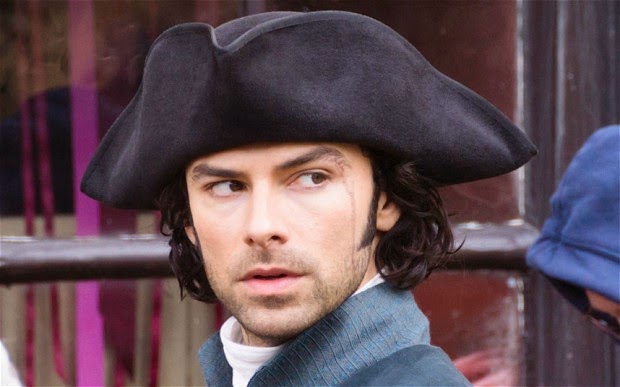 When a new film or television adaptation is announced, especially if it's based on a book I've read, I tend to get a bit over-excited. However, my reaction at the announcement of a Testament of Youth adaptation was more like a groan. Now I'll have to read that book that my mother's been pushing on me for years. Yet I was glad I did. Testament of Youth was extremely long and not without its dull moments, but for all of that it really made an impact on me. Put simply, Testament of Youth is an autobiography - written in novel form - telling the story of Vera Brittain's teens and early twenties, during the First World War and its aftermath.  A young, middle-class girl, who dreams of an Oxford degree in a day and age when women at university were a novelty (and they still didn't have the vote), Vera's life is turned upside down -  along with the rest of her generation - as war breaks out and she watches the men she loves leave for the front, one by one. 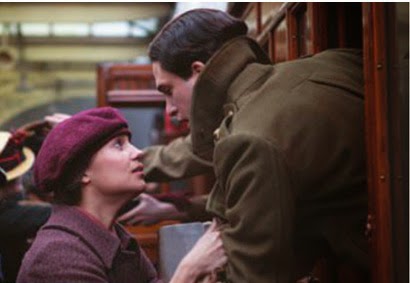 Vera's story conveys, better than anything I have ever read or watched, the horror and waste of the First World War and the effect on those left at home. It gives us a genuine look into the real lives of these people, the culture and customs of the time, and - sometimes with upsetting consequences - allows us to invest in characters who are straight depictions of real people. Vera Brittain herself, whether studying at Oxford, working as a V.A.D or campaigning for women's rights, is truly inspiring and admirable - but I wasn't sure whether I liked her all that much. But that didn't matter. She was real, she was good and you couldn't not empathise. And the boys were lovely. 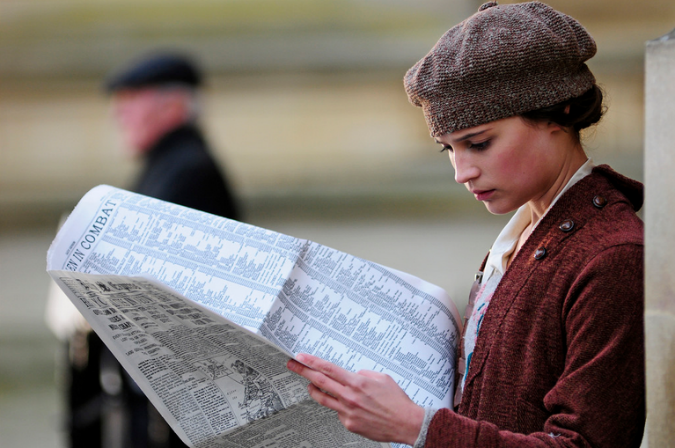 Testament of Youth is a powerful book, and the extracts from Vera's diaries and snippets of Roland's poetry (I'm not a poetry fan but some of his is gorgeous) bring an immediacy to the story that won't be as apparent when on film. But as a piece of entertainment I think that the adaptation will be much better. Vera's story is interesting on the whole, but there are plenty of dull parts (e.g when she's studying for exams) - the upcoming adaptation - due for release in 2015 -  should get right down to the important stuff. Alicia Vikander (Anna Karenina) has been cast as Vera and all my doubts as to her suitability for the role (too sweet and beautiful?) were swept away with the first photos released. She looks more than strong enough for the role, and thanks to her screen-stealing turn in Anna Karenina, we know she can act too. 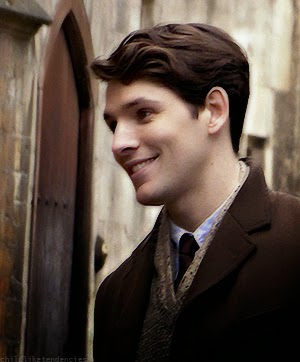 Even more exciting, is the casting of Kit Harrington (Game of Thrones) as love-interest Roland and Colin Morgan (Merlin, Quirke) as his friend, Victor. You would have to read the book to realise the genius of these casting choices, but I can't wait to see these two in action. (WARNING: Do not google anything about any of the characters if you don't want massive spoilers in the first sentence of an article. I found that out the hard way.) Testament of Youth has been adapted for the BBC before, to wide acclaim, and many think that this success can not be repeated. I hope they're wrong, and that instead the story will be brought to a whole new generation. Prepare to have your heart broken. 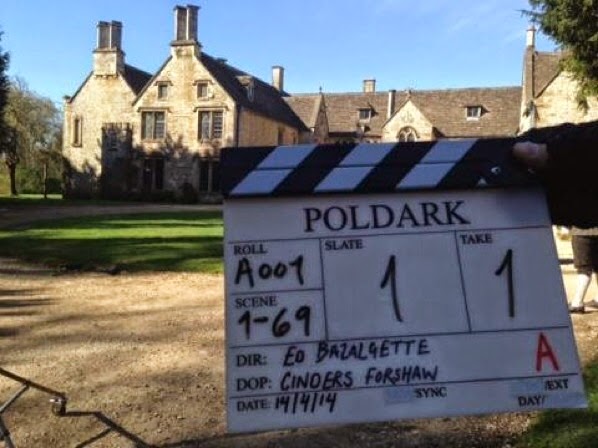 I began the first novel in Winston Graham's Poldark series, Ross Poldark while on holiday in Cornwall - as the books are set in that county it seemed appropriate. I had never seen any of the classic seventies television series and so came to the story completely fresh. I can't remember the last time I read a novel with no prior knowledge of the plot, but it was great! The plotline of Ross Poldark does ramble a bit, but I enjoyed getting to know the characters, especially Demelza and Ross himself - who was a bit of a mystery at first (but a very attractive one.) The story begins with our hero returning from the American War of Independance to find his father dead and buried, his family home going to ruin and his personal life turned upside down. 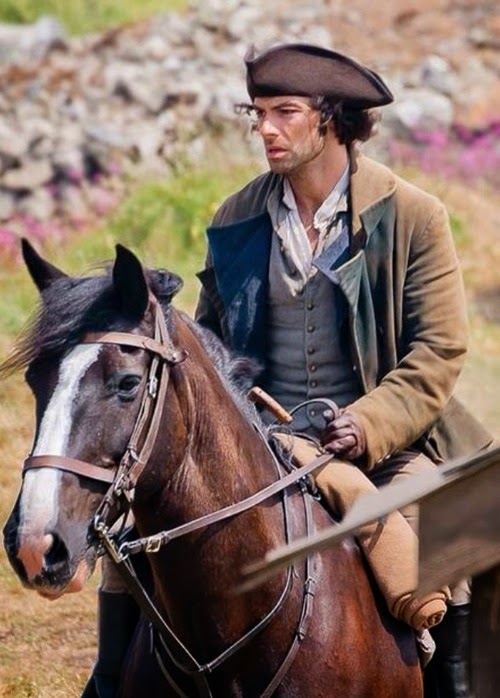 It would be difficult to succinctly describe the plot of Ross Poldark, so let's just say that it's got country dances, fist fights, a duel, a court scene, depictions of the life of both the miners and the upper classes during the period, and plenty of romance. The T.V series, which is to be an eight part drama based on the first two novels (Ross Poldark and Demelza) will star Aiden Turner (the 'good-looking dwarf' from The Hobbit) as Ross,  Eleanor Tomlinson (Angus, Thongs and Perfect Snogging, The White Queen) as Demelza and Ruby Bentall (Lark Rise to Candleford, The Paradise) as Verity. Filming is currently in progress on location in Cornwall, and the production values look good. When it comes to the casting I am undecided, but I'm sure it'll all make sense once we see them all on screen. 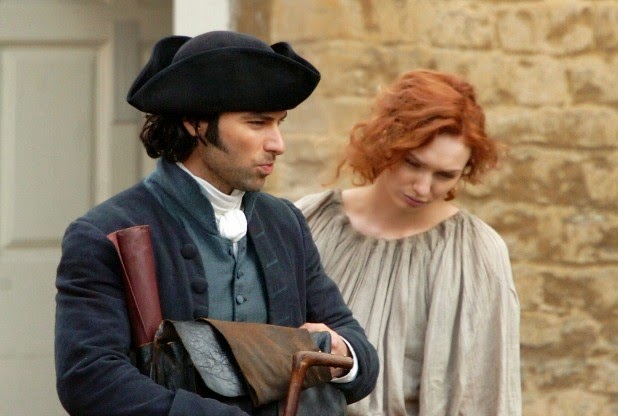 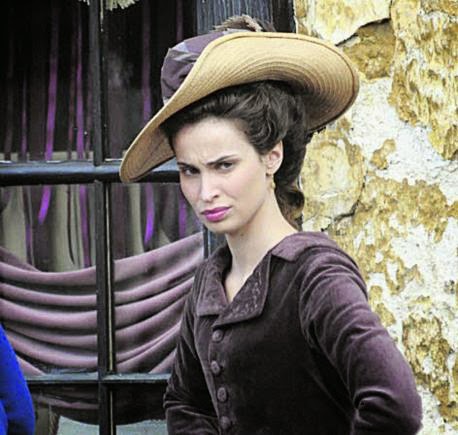 The Poldark books are quick, entertaining reads and, although the first book was written in 1945, the period setting keeps it from being dated. I would recommend the first book at least, and am looking forward to reading the rest of the series and to seeing the story come to life on screen.

Above:  Eleanor Tomlinson as Demelza and  Heida Reed as Elizabeth

Testament of Youth and Poldark are both good reads, although the first can be slow moving and the latter isn't exactly literary. Yet one thing that they definitely have in common is the wealth of dramatic material and the potential to make great television. Bring on 2015!