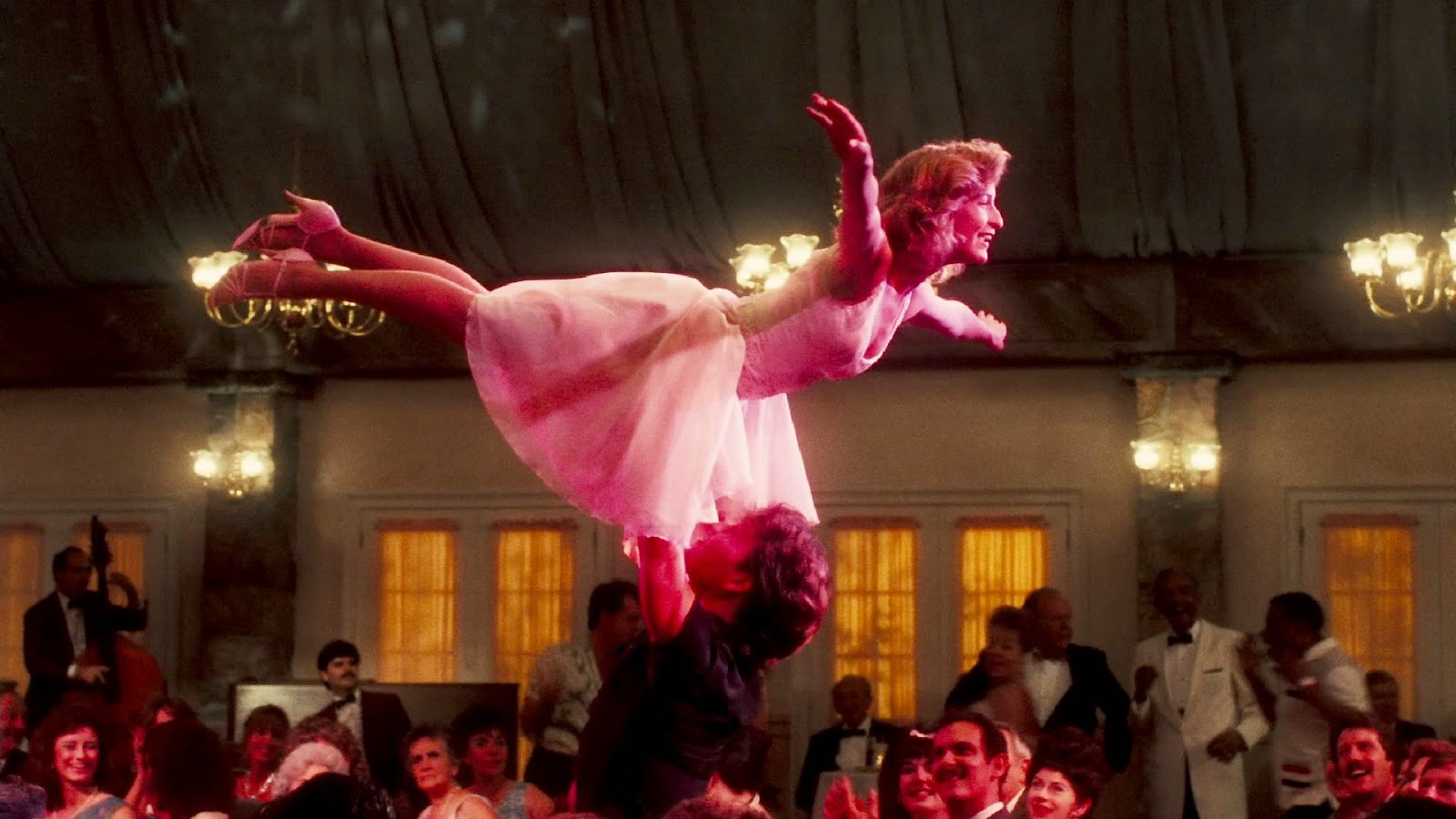 So I'm going a little off topic today, as this list really has nothing to do with books at all. But I recently re-watched Strictly Ballroom and a certain Paso Doble scene got me thinking. I'm a big fan of musicals and dance films, but sometimes the best dance sequences show up in films that have nothing to do with dance at all. Those spontaneous moments that make you stop and pay attention, sometimes revealing something new about the characters or the relationships between them and sometimes just injecting some fun to liven up a serious moment. Below I've included a list of ten of my favourite dance scenes - a few are from musicals or dance related films, but I haven't gone for any big choreographed numbers, keeping to the more intimate or spontaneous moments. Enjoy!

For what is essentially a parody of classic Disney films, Enchanted is surprisingly romantic - and never more so than in this scene. Princess Giselle is due to return to her animated world with her supposed Prince Charming, but it has become clear by this point that she has fallen for someone else. The music in this scene is beautiful and the chemistry between Patrick Dempsey and Amy Adams stands out a mile. There's also a nice little nod to Beauty and the Beast in there.

13 going on 30 could be described as a female orientated (and arguably better thought out) version of Big, where thirteen year old Jenna Rink wishes herself from geeky eighties teenager to a future self that is'thirty, flirty and thriving'. Being from the eighties she naturally knows all the dance moves to 'Thriller' which she here demonstrates to great success at a work's party. I love this scene for the novelty of it and for Jennifer Garner's rather accurate (if embarrassing) depiction of a thirteen year old at a disco.

Sorry about the bad quality clip. Talking of Big, it's hard to beat this scene, in which Tom Hanks' thirteen- year-old-in-a-man's-body is exploring a toy shop with the big boss of the company he has found himself working for. Stumbling across a giant keyboard they decide to have some fun with it. Great bit of dancing and a great little scene.

7 - How to Paso Doble, Strictly Ballroom

In this scene from Baz Lurhman's Strictly Ballroom, ballroom beginner Fran has been practising for an upcoming competition with rebellious professional dancer, Scott. Caught coming home late from a show, Scott attempts to appease Fran's Hispanic family members with a Paso doble performance. A bit of a cringey moment, but worth it for the dancing.

Again, this clip isn't great quality - and if you haven't seen the film yet I wouldn't watch as it'll ruin the ending! Little Miss Sunshine is a great film about family and Abigail Breslin shines as Olive, the normal little girl desperate to compete in one of those abnormal children's beauty pageants. The first time I saw this scene I laughed a lot, although it also shows how the family have finally come together in support of Olive.

5 - Belle dances with The Beast,
Beauty and the Beast


In this classic scene Belle and the Beast spend an evening of dinner and dancing together, with that big, beautiful ballroom all to themselves. One of Disney's most romantic animated films, Beauty and the Beast is at its best when showing the developing relationship between our protagonists, and it's in this scene when we begin to see how much they like each other. The animation is lovely too - and Belle's dress.

In this scene between Yul Brynner's King of Siam and Deborah Kerr's English school teacher, the king is taught to dance, European style. Despite the music and Anna's amazing poofy dress, what makes this scene is the sexual tension. I always wanted these two together when I was younger, conveniently forgetting that the king has multiple wives already.

Couldn't leave this one out really. This is one of the most iconic film dance sequences and you've got to give them kudos for that lift. Dirty Dancing remains a classic - even if the dancing doesn't look as impressive after ten series' of Strictly, the characters and music help it remain something special.

2 -  The Atlanta Bazaar,
Gone with the  Wind


I caught the beginning of this scene while channel hopping a few years ago, and it had me hooked. While I went on to read and fall in love with the book, the film remains iconic and this scene is still one of my favourites. Scarlett - as a supposedly mourning widow - has spent the entirety of the dance so far stuck behind a booth, desperate to dance but unable to for the sake of propriety. And Rhett has noticed...


1 - Maria dances with the Captain,
The Sound of Music


In this scene from Rodgers and Hammerstein's The Sound of Music Julie Andrews' nun-turned-governess is outside with the children, while inside the ballroom the music plays to an Austrian folk dance, 'the Laendler'. While Maria attempts to teach Kurt the steps of the dance, Captain Von Trapp approaches and they dance together. You could call this the turning point of the film in fact (this or the Anschluss...) as Maria realises that her feelings for Von Trapp are more than she'd supposed. Also it's a lovely dance.

Labels: 13 Going on 30 Big Dirty Dancing Enchanted Film Dance Scenes Gone with the Wind Lists Miscellaneous Strictly Ballroom The King and I The Sound of Music