The Sisterhood of the Travelling Pants: Book vs Film 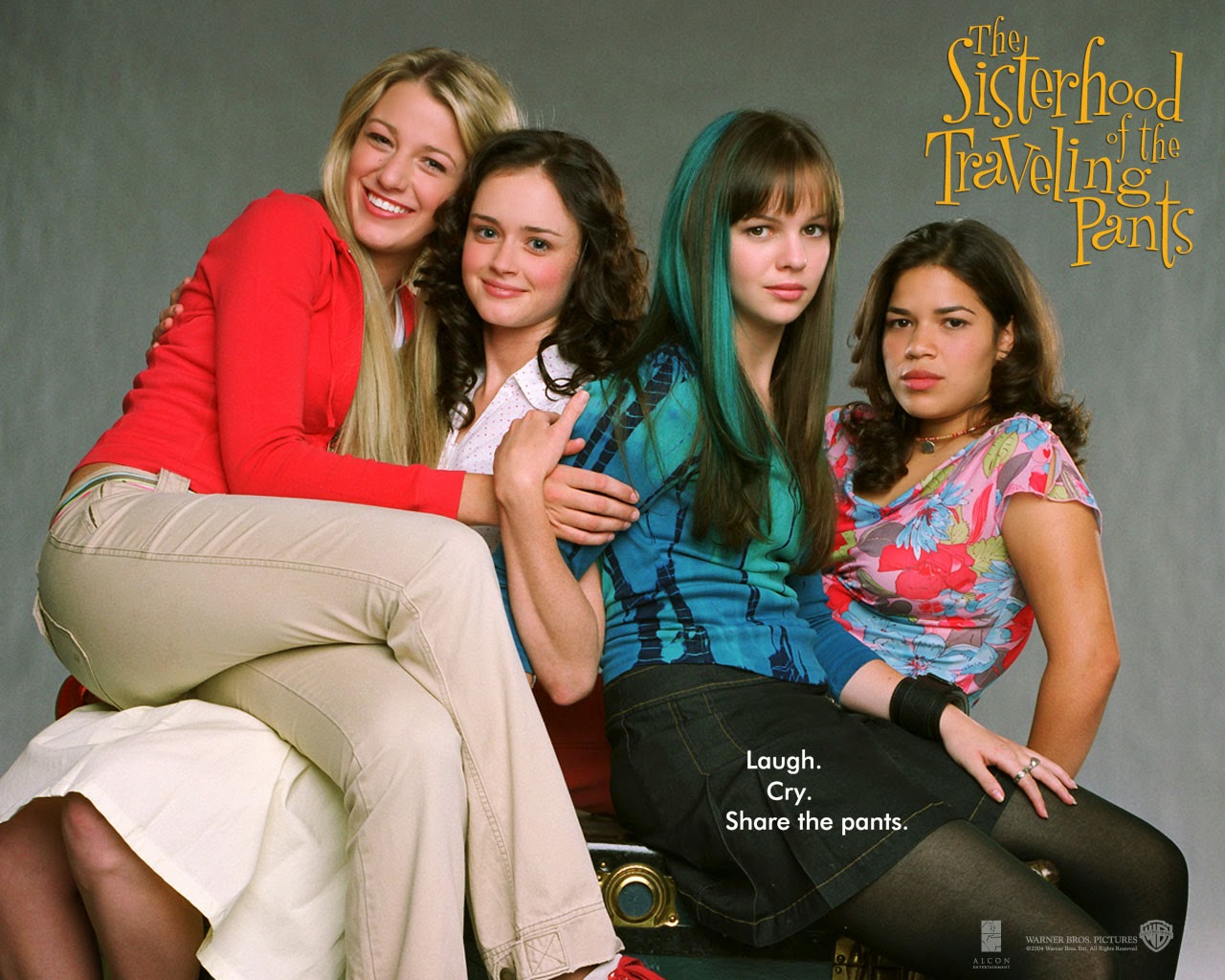 Film or TV? - Film
Famous or Obscure - Not massively famous
Better on Page/Screen - I love both!

As the summer is now fully upon us I thought it about time I reviewed something seasonal - and what better books for the summer than Ann Brashares Summers of the Sisterhood series? The Sisterhood of the Travelling Pants and its sequels follow four very different best friends: Carmen, Lena, Bridget and Tibby, throughout the summers of their teenage years. In the original novel the girls are spending their first summer apart and the 'travelling pants' of the title are a magical thrift shop find that happen to fit all four girls perfectly. The jeans become a means of connecting as they are mailed (along with the girls' letters to each other) between each of the sisterhood throughout their time apart. 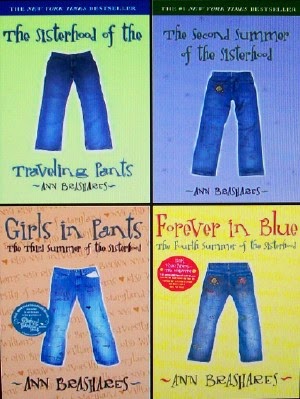 Admittedly it sounds like the worst kind of teen chic-lit (and I think they should have been allowed to wash the pants - surely they'd stink after four years?) but in my opinion the Sisterhood series (excluding the unmentionable fifth book) displays some of the best and most moving writing of its genre. The characters are engaging and like-able, their emotions easily felt and understood. This resulted in plenty of tears on my part, and a lasting affection for the 'sisterhood' themselves that outweighs mine for many more admirable literary characters.

It was the film that first brought me to the books - and i'm still a fan. What appears to be your run-of-the-mill teen chick flick (complete with attractive leads, gorgeous scenery, holiday romance and family drama) is in fact an affecting, earnest little film about friendship and growing up. The producers were also extremely lucky in finding their fours leads, each of which went on to become stars in their own right. Ugly Betty's America Ferrera is Carmen, dramatic, loving and insecure while Alexis Bledel (Gilmore Girls) makes a go of the introverted, artistic Lena. Blake Lively (Gossip Girl) is perhaps the most true to the books' description (Bridget's identifying feature is 'the hair') capturing both the charismatic and vunerable in her character. Yet despite these these strong performances the stand-out sister is (from Joan of Arcadia) Amber Tamblyn's Tibby. Her scenes are some of the most poignant, and her subtle yet powerful performance does them justice.


The first Sisterhood film stays relatively true to the book as it follows Bridget to soccer camp in Baja, Carmen as she deals with her father's upcoming marriage, Lena through holiday romance on the Greek islands and Tibby's stay at home summer and budding friendship with Bailey. Lena and Kostos's relationship plays out differently in the book and everyone's siblings seem to have been conveniently left out or pushed to the sidelines, but overall it is a faithful adaptation, capturing the essence of the book well, even if some elements are altered slightly. I also really enjoyed the soundtrack.

(SPOILER warning: Big spoilers for books three and four in trailer below)


When it comes to the second film, I wouldn't get too excited. The Sisterhood of the Travelling Pants II combines plot-lines from the second, third and fourth novels and although it is enjoyable on a trashy level, it's not what you would call a 'good' film. The girls have somehow lost some of that chemistry that jumped off the screen in the first film (although the actresses did all stay good friends, the whole sisterhood was present at each other's weddings - see below!) and the pick-and-choosing of plot-lines means that the story rambles. The rest of the series of novels however, I would definitely recommend - the fourth one perhaps being my favourite. 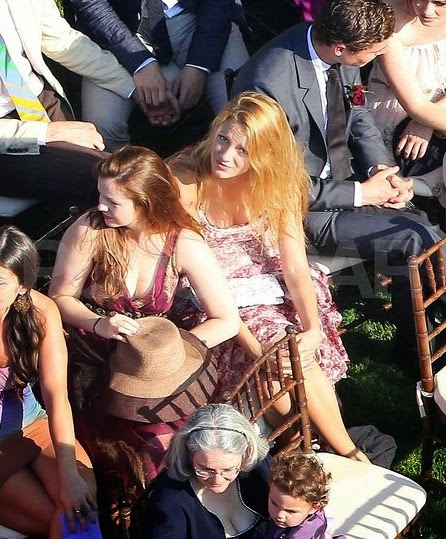 Above: Amber Tamblyn, Blake Lively and Alexis Bledel (in the top corner) at America Fererra's wedding.

The Sisterhood of The Travelling Pants is a series well worth suggesting to any teenage girl searching for a good beach read, or for the slightly older fan of YA fiction, who might enjoy re-capturing the emotions of their own teenage years. The books are quick, engrossing reads (although you might want to keep some tissues handy) and the film, if nothing else, will get you in that summer holiday mood.

The Book  - Moving, well written and fun.
The Film - Bit of a weepy at times but also great for summer.

And... here's some pictures of Amber Tamblyn's wedding, just because they're so lovely. 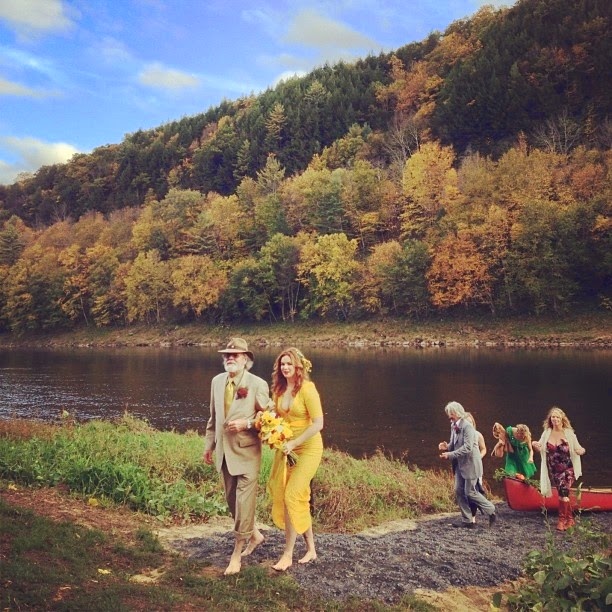 Fun fact: That's Russ Tamblyn walking his daughter down the aisle - a.k.a Riff from West Side Story and Gideon from Seven Brides for Seven Brothers. 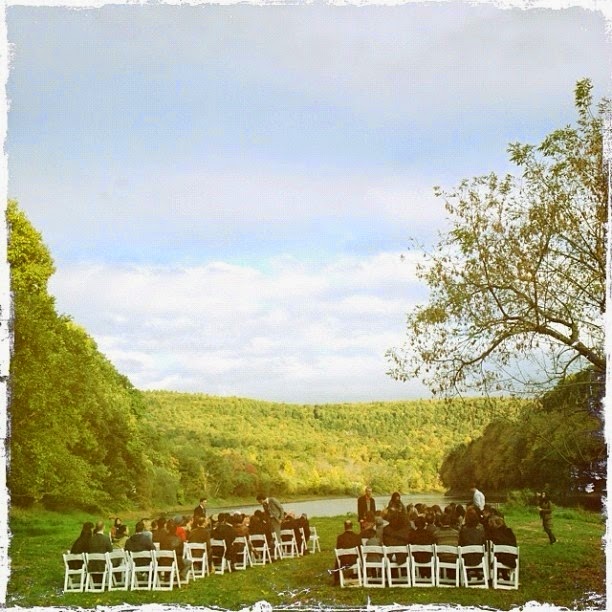 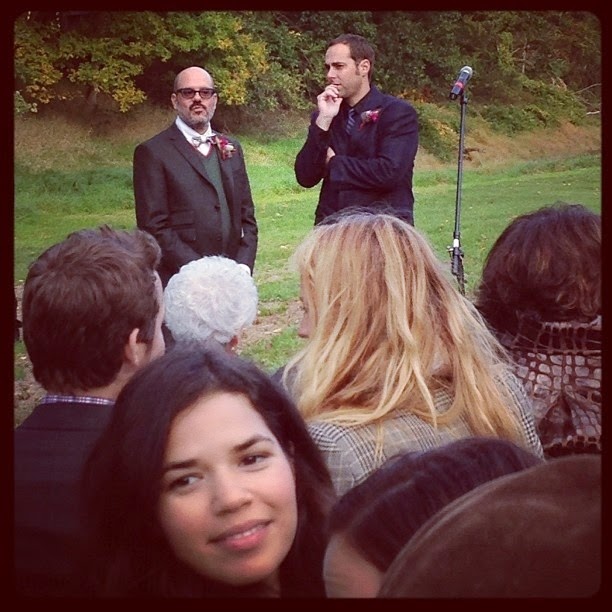 Can you spot Blake Lively and Ryan Reynolds? 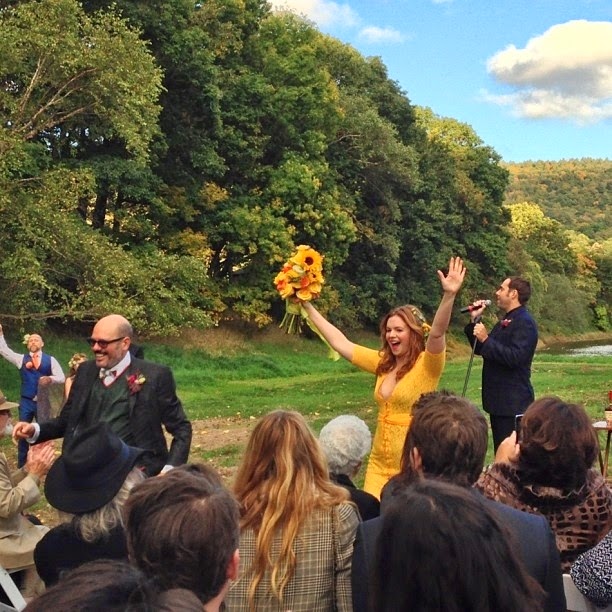 (If you want to see the rest you can find them here: http://www.buzzfeed.com/whitneyjefferson/see-some-ridiculously-adorable-photos-of-david-cro)