In my opinion anyway... 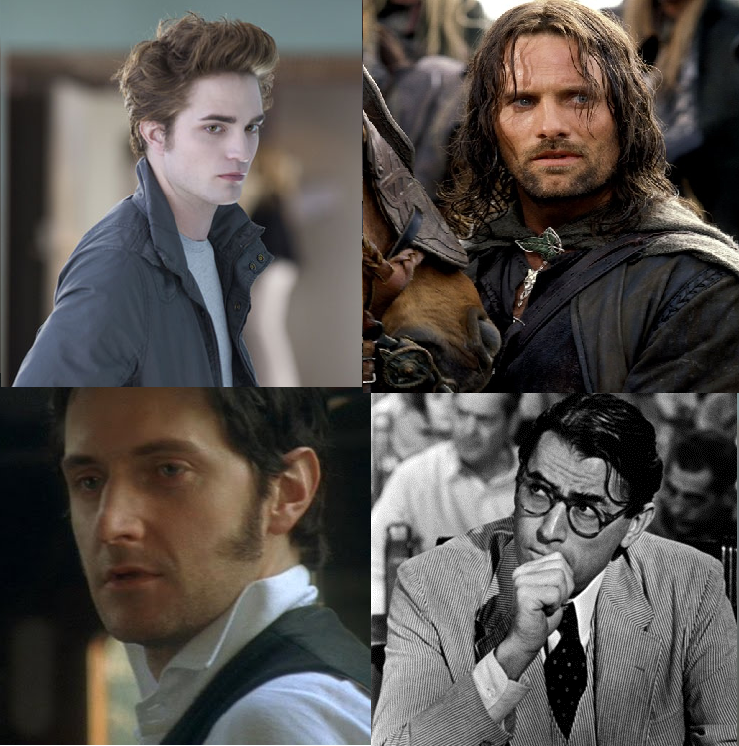 Yes, it's sad. Yes, it makes no logical sense, but at one time or another most of us have fallen for a fictional character. In the wonderful worlds of literature, film and television there are no limits to the levels of perfection our heroes can reach (although it is often their flaws that make them extra love-able) and generations of writers have played on our imaginations to create a million men that we wish were real. Below are some of my favourites - although I realise that this is a very subjective list. You won't see Heathcliff or Christian Grey I'm afraid (damaged psychopath just doesn't do it for me) and I'm sure there's plenty that I haven't discovered yet. Either way, here's the top ten on my own, literature character cheat list - along with some honourable mentions. Not many of them are marriage material, but they're not real, so what does it matter? 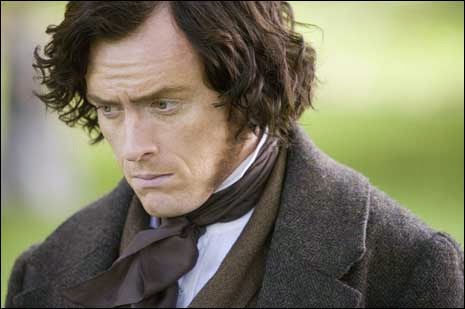 Authoritative, intelligent and funny, although majorly flawed (that whole Blanche Ingram Malarkey is so cruel!) and often described as "an ugly man", Rochester is not someone you would ever be bored with. He loves passionately and he treats Jane like a real equal. Also, don't talk to me about mistreating Bertha. She tries to rip people apart with her teeth - is he supposed to let a violent, clinically insane person her sleep in his bed? She lives in a wing of the house, with a full time carer. What exactly is wrong with that?

Atticus Finch
To Kill a Mockingbird by Harper Lee 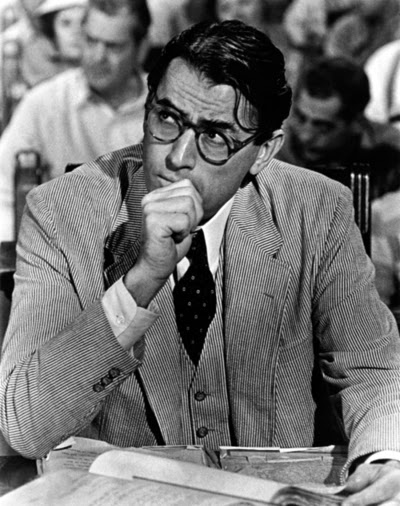 For the girl of more mature tastes, Atticus is kind, wise, a great father and a man of honour and principle. Not your a-typical romantic hero, he is nevertheless quietly heroic. And he's played by Gregory Peck. 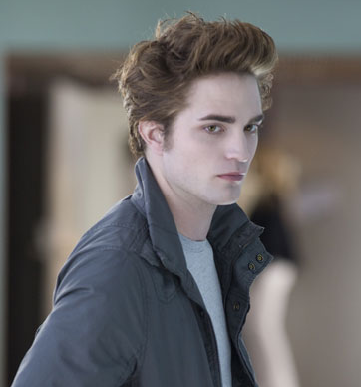 So Edward is kind of a stalker, and he's much too intense.  But he's kind-hearted, musical, occasionally funny and he always puts Bella first. If I'm honest, I do flit between teams Edward and Jacob, but despite the odd creepy habit, Edward is a perfect gentleman - and therein lies his appeal. The superhuman good look and unlimited money supply help too of course. 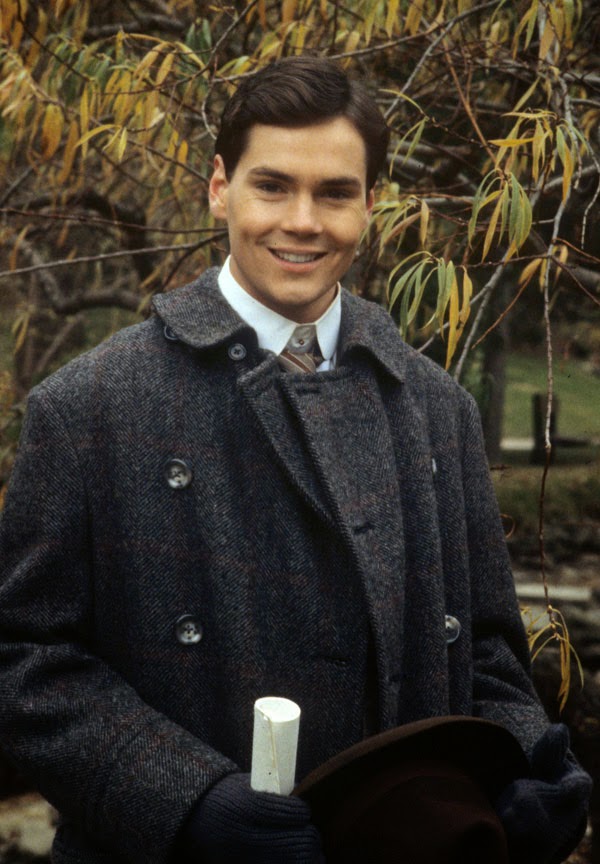 Anne's schoolroom rival-turned love interest, Gilbert is strangely attractive despite that old-mannish name. Kind, intelligent and fun, Gilbert is that rare popular boy who actually deserves to be. Quietly ambitious, but prepared to make sacrifices for the ones he cares about, he really should get more recognition among literature heroes.


Faramir of Gondor
The Lord of the Rings by J.R.R Tolkien 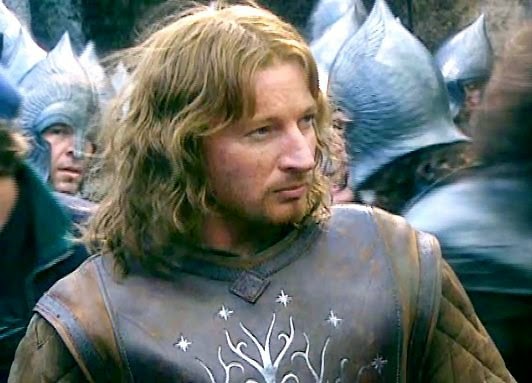 Unlike in the film adaptation, where Aragorn and Boromir both eclipsed Faramir in the attractiveness stakes (and arguably so did Pippin, Legolas and even Sam) the Faramir of the books is lovely whereas Aragorn is actually kind of bland. It's a long time since I read the book, so I can only remember vaguely what drew me to the character -, but basically he is kind, decent, honourable and brave. My twelve year old self had a big crush. Trust Faramir's story-line to be the one thing the film did wrong.

Rhett Butler
Gone with the Wind by Margaret Mitchell 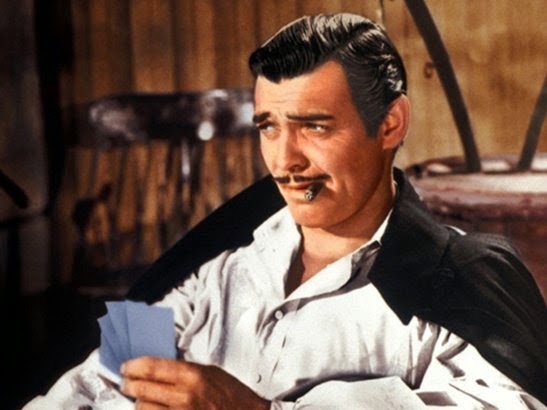 Constantly teasing, great with kids and just very, very manly. So his morals are a bit dubious, and I try not to think too deeply into the ethics around 'that night'. But he loves Scarlet so much. And he couldn't be more attractive if he tried.

Tyrion Lannister
A Song of Ice and Fire by George R.R Martin 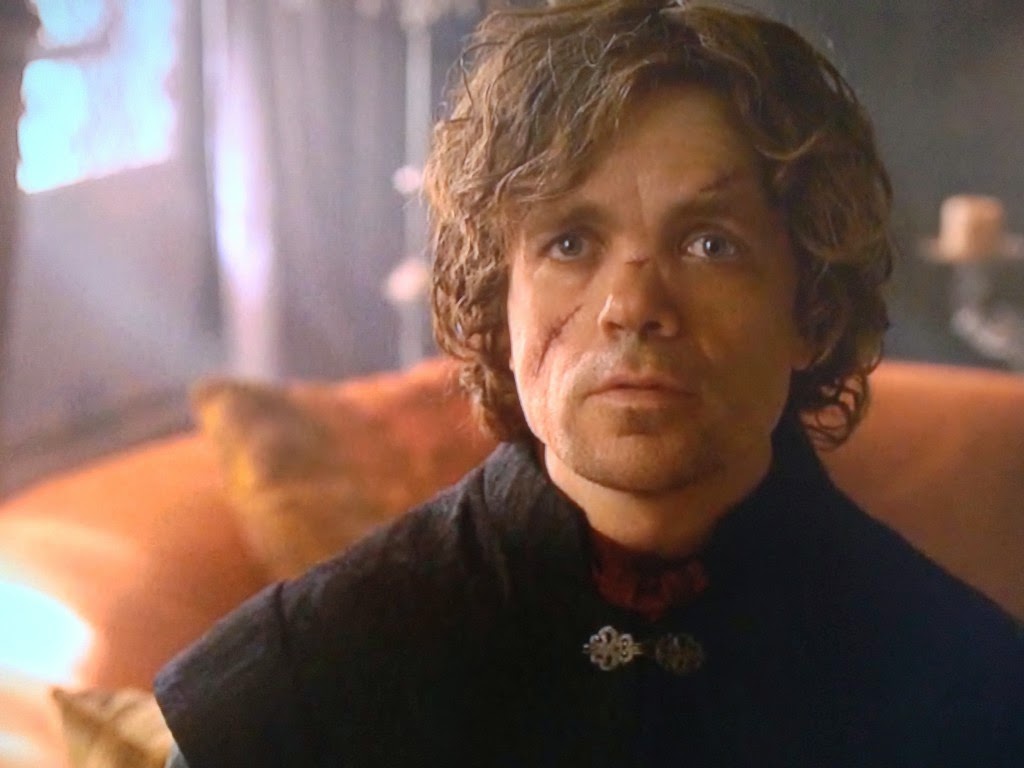 Don't judge me - this was written before I read the books and realised that it was Peter Dinklage's interpretation I was attracted to, not Tyrion as he is on the page. Despite his bad habits and - it has to be said- his height, Tyrion often comes across as the unlikely hero of Game of Thrones. At his best he is clever and funny, brave and decent, but there's that vunerable side that makes him a bit of a loose canon. I still love him. No spoilers in the comments please. 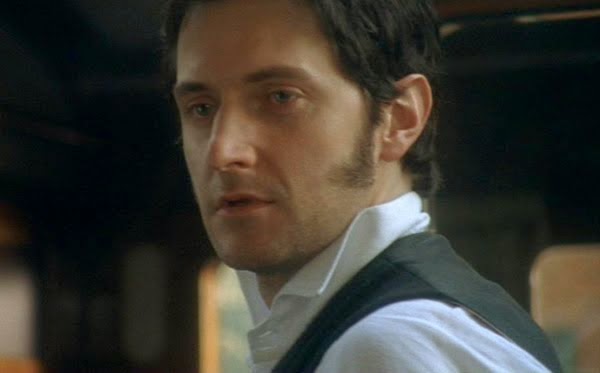 A kind, straight-forward, self-made man who's honest, hard-working and loving. Throw in that accent and what's not to like? Thornton's only downside is that old bat he calls mother - sharing a house with her isn't going to be much fun for the future wife. Is he worth it? Well yes, he probably is. 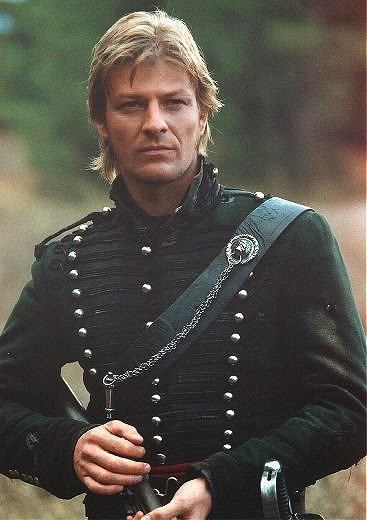 Despite being a man of the regency period, Sharpe is about as far away as you could get from Jane Austen's fictional heroes. The epitome of 'a bit of rough', Sharpe was born in the gutter and rose through the ranks of the British army through "Sheer brutal courage" (as it says on the backs of the books). A great leader and soldier, not so great in social situations, Sharpe has a huge chip on his shoulder and a tendency to violently kill people who upset him. He may be a womaniser and a thug, but he has a good heart - and can be oddly sweet. (What was I saying about damaged psychopaths? I forget.)

All the Austen Men
(Except maybe Edmund...)
Sense and Sensibility, Pride and Prejudice, Mansfield Park, Emma, Northanger Abbey, and Persuasion by Jane Austen 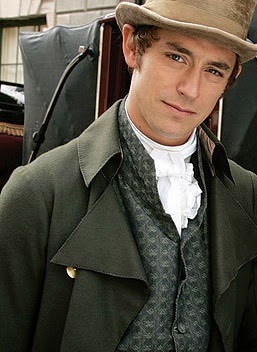 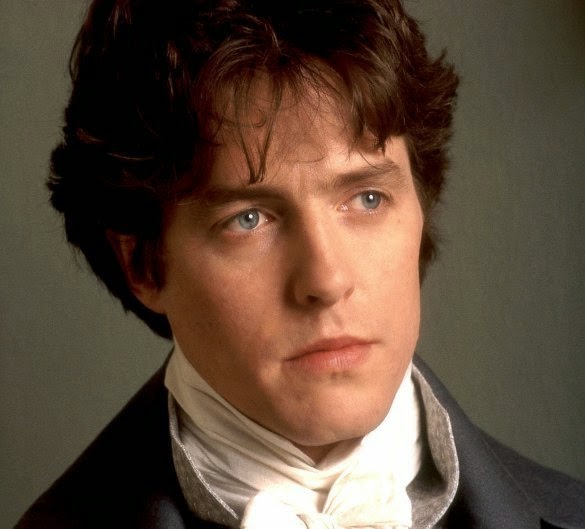 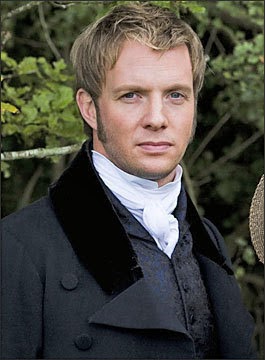 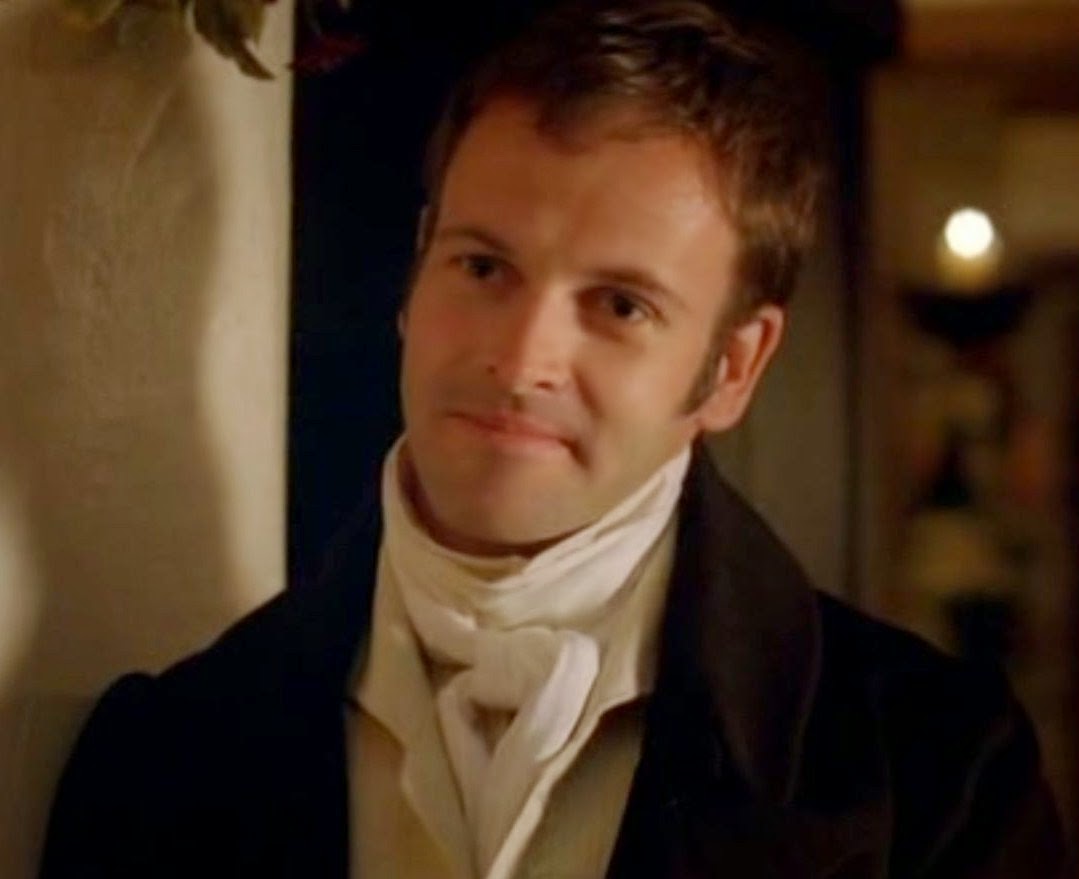 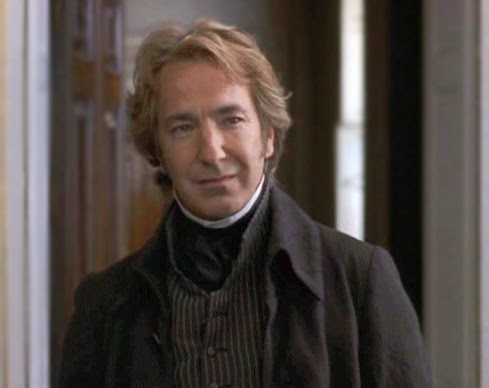 At the risk of committing Janeite blasphemy, I'll admit I've never been a Darcy fan. However, when it comes to Jane Austen there's plenty of fish in the sea. Whether it's shy Edward, Bossy Mr. Knightly, Lovelorn Colonel Brandon, or any of the bad boys (Wickham, Willoughby, Frank Churchill and Henry Crawford) there's something for everybody. Even Edmund's alright. My personal favourites are Henry Tilney and Captain Wentworth.

Gale and Peeta - The Hunger Games 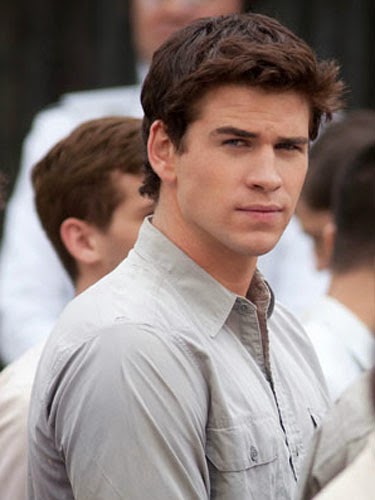 Whether you go for sweet and caring or passionate and revolutionary, Katniss really had her choice cut out for her.

The Men of the Wizarding World
- Harry Potter 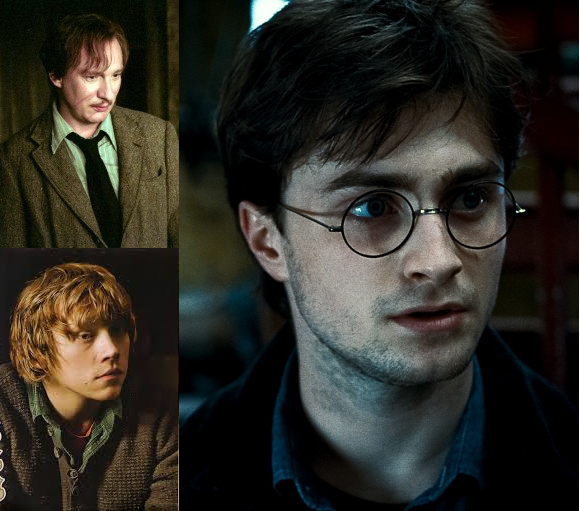 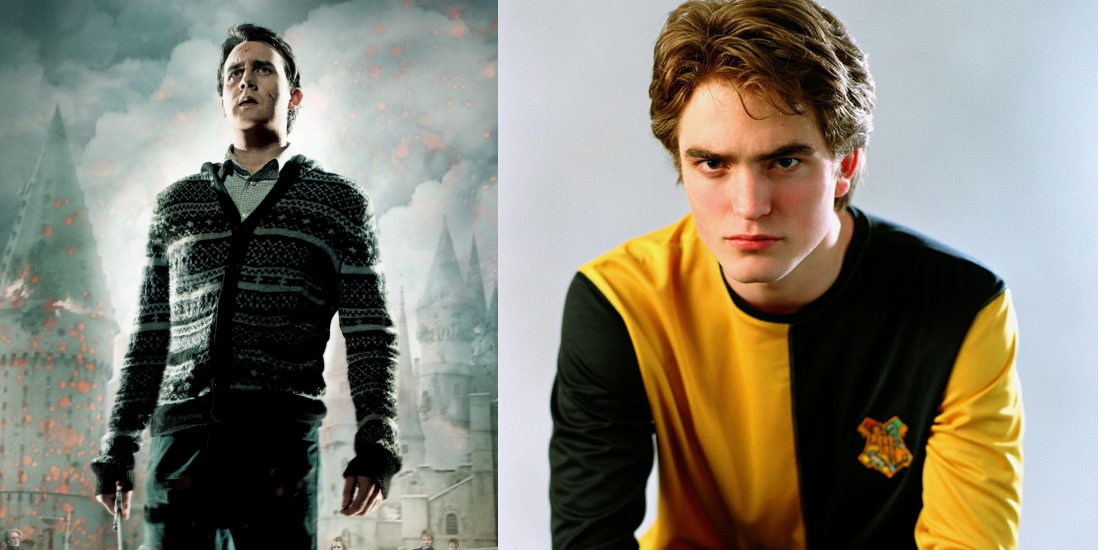 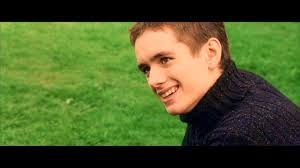 Although Harry Potter is not about the romantic relationships, there are plenty of crush possibilities in there. Aside from the lovely Lupin, among the younger generation we had Cedric, Oliver Wood  - and Neville really steps it up by Deathly Hallows. Even Harry and Ron have their moments. I've never been a Draco, Snape or Sirius fancier, but each to their own.

The Men of Westeros
-A Song of Fire and Ice 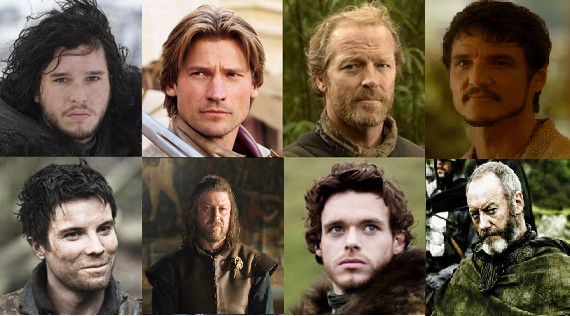 Almost all of them are hugely flawed, but this doesn't stop them being hugely attractive. So Ned had a love child and Jorah was a slaver, Oberon basically lives in brothels, Jamie pushes children off buildings and Tyrion - oh Tyrion...  How then, does GOT make us fall in love with them? Well maybe it's because they live in a harsh world, where a little bit of honour and decency can shine like a beacon of hope - and a lot usually gets you killed. And they're all so...masculine. 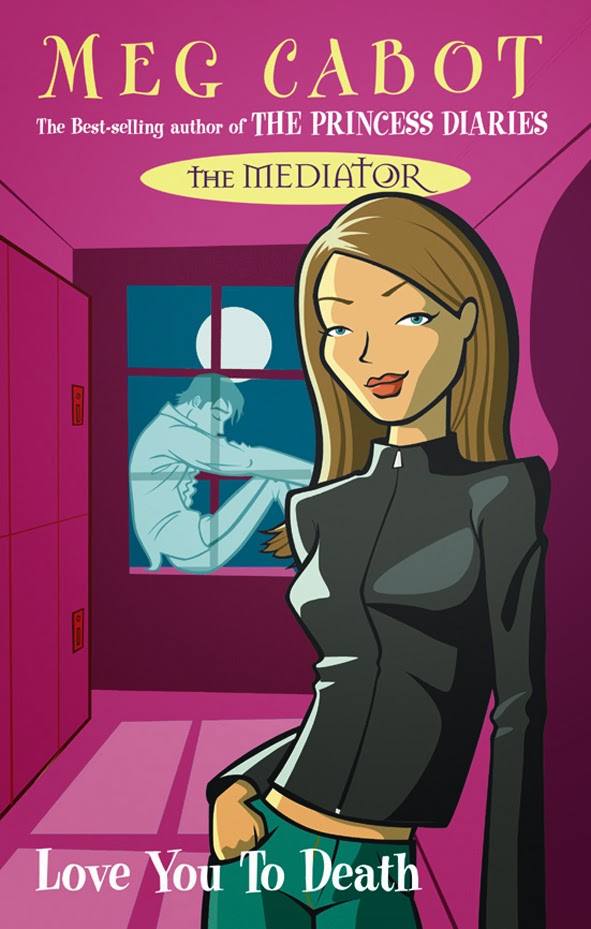 So these books haven't had their screen debut yet, but hopefully they will in the future. Meg Cabot says she couldn't face them being made a mess of - but after she sold Avalon High to Disney Channel like an unwanted child to the gypsies, I can believe anything of her. Before Stephanie Meyer gave us Edward Cullen, there was another old-fashioned-gentleman-in-the-modern-day-with-a-supernatural-twist. And he was better. Jesse is the ghost of a Spanish rancher who haunts the bedroom of teen mediator, Suze Simon. It sounds tacky, but Jesse was perfect (aside from being dead.) He can call me querida any day of the week.