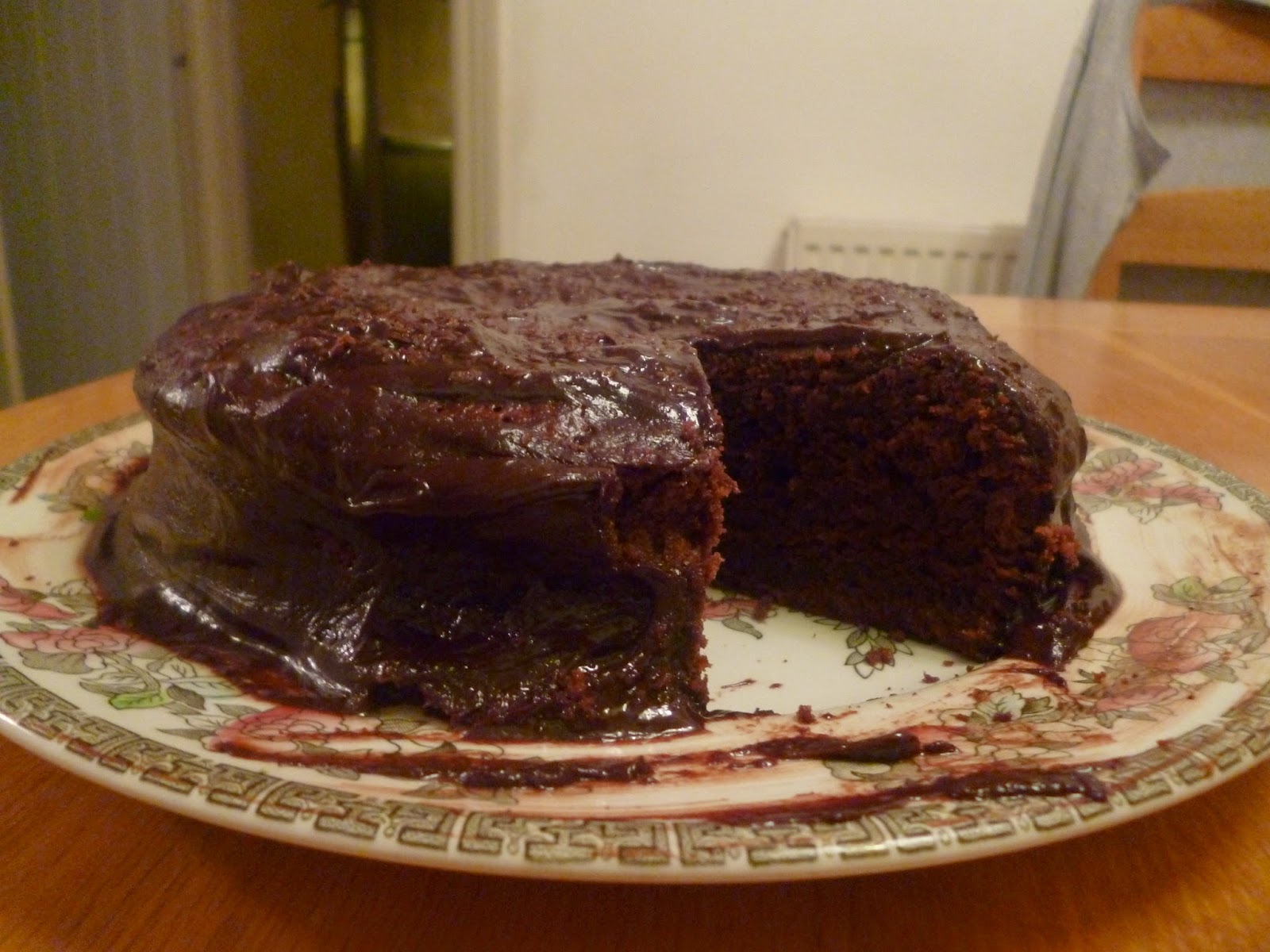 It's time for another Page to Plate and - although I was very proud of my lamb stew - this time I've gone for something a bit more traditional. Having spent the past week in Cornwall with the family, i thought my cake baking might have to wait until after the holiday. But Cornwall - however spectacular the beaches - is still England, and torrential rain on Monday meant a day indoors reading Poldark and making use of the lovely cottage kitchen.

Matilda is my favourite Roald Dahl novel, and the film (although very Americanized) remains a classic and true to the spirit of the book. Dahl is adept at creating colourful characters, and none more so than the Trunchbull - Matilda's eccentric headmisstress, whose cruel and unusual punishments are far-fetched enough that they can be carried out without parents being notified (because who would believe the child who said they were thrown over the fence by their pigtails?) Probably the most iconic scene in Matilda, involves the would-be punishment of Bruce Bogtrotter, by means of a ginormous chocolate cake he is forced to eat during an assembly. Bruce's triumph is oddly inspiring and definitely memorable, so I thought I would try to re-create the famous cake, to share in a little of his pain. 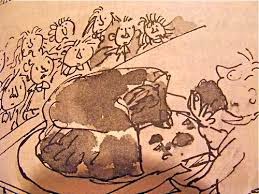 What the book tells us about the cake is pretty self-explanatory. It was a rich, chocolate cake from the Trunchbull's private stores, 'fully eighteen inches in diameter and... covered with dark-brown chocolate icing'.  The cook staggers under it's weight when she brings it out to Bruce. And Bruce - although ultimately succeeding - finds it anything but easy to finish. Luckily, I didn't have to improvise when it came to a recipe for this iconic cake, as one can be found in Roald Dahl's Completely Revolting Recipes. Despite the title of the book the cake is actually very tasty, although  - as Bruce found out -  it is also extremely rich. This version is not so gigantic as in the novel, but since one slice practically finished me off, I think you'll find it big enough. 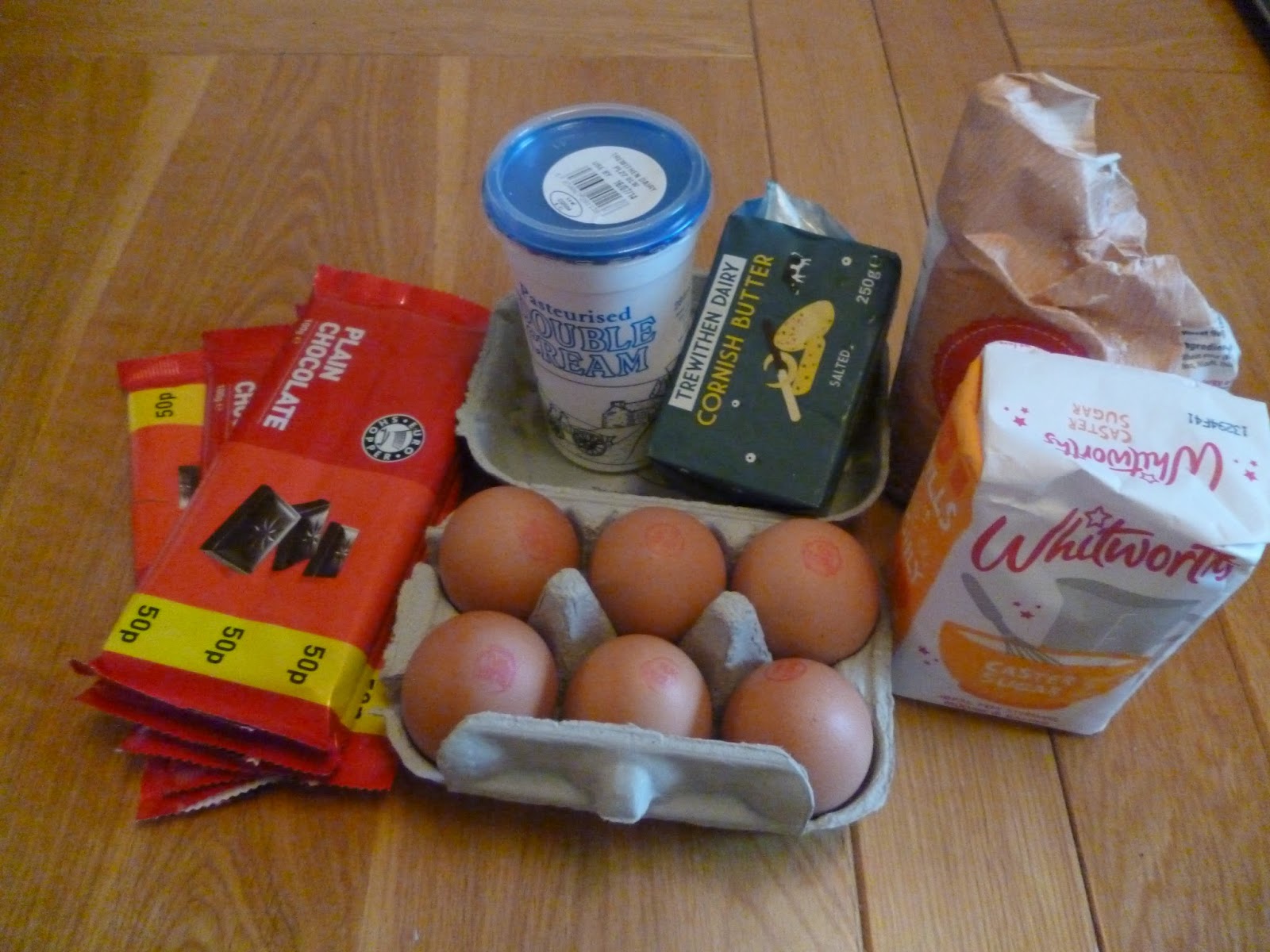 1. Take the butter and sugar for your cake and melt them together. You can do it in the microwave but the best way is over a pan of boiling water. 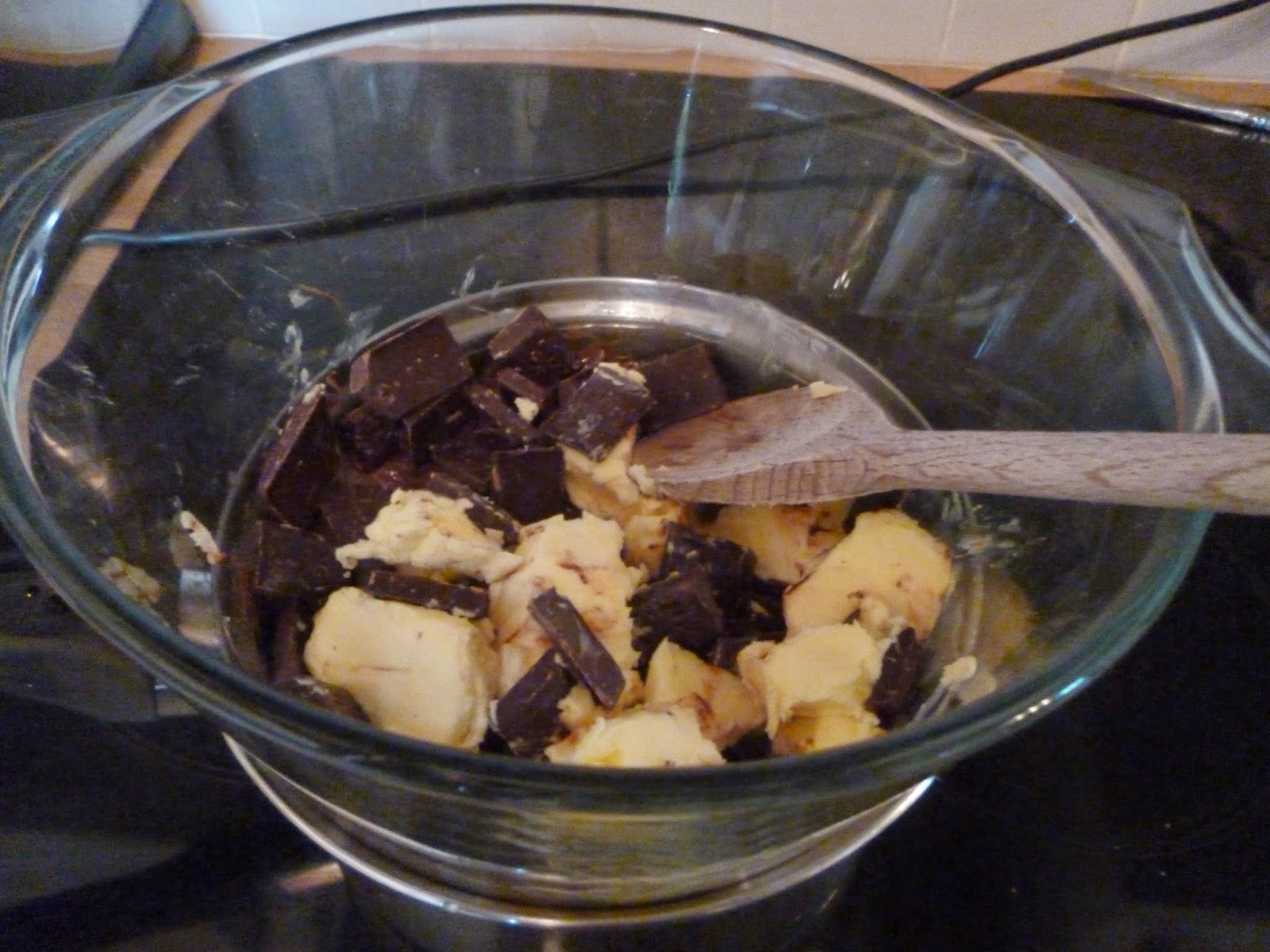 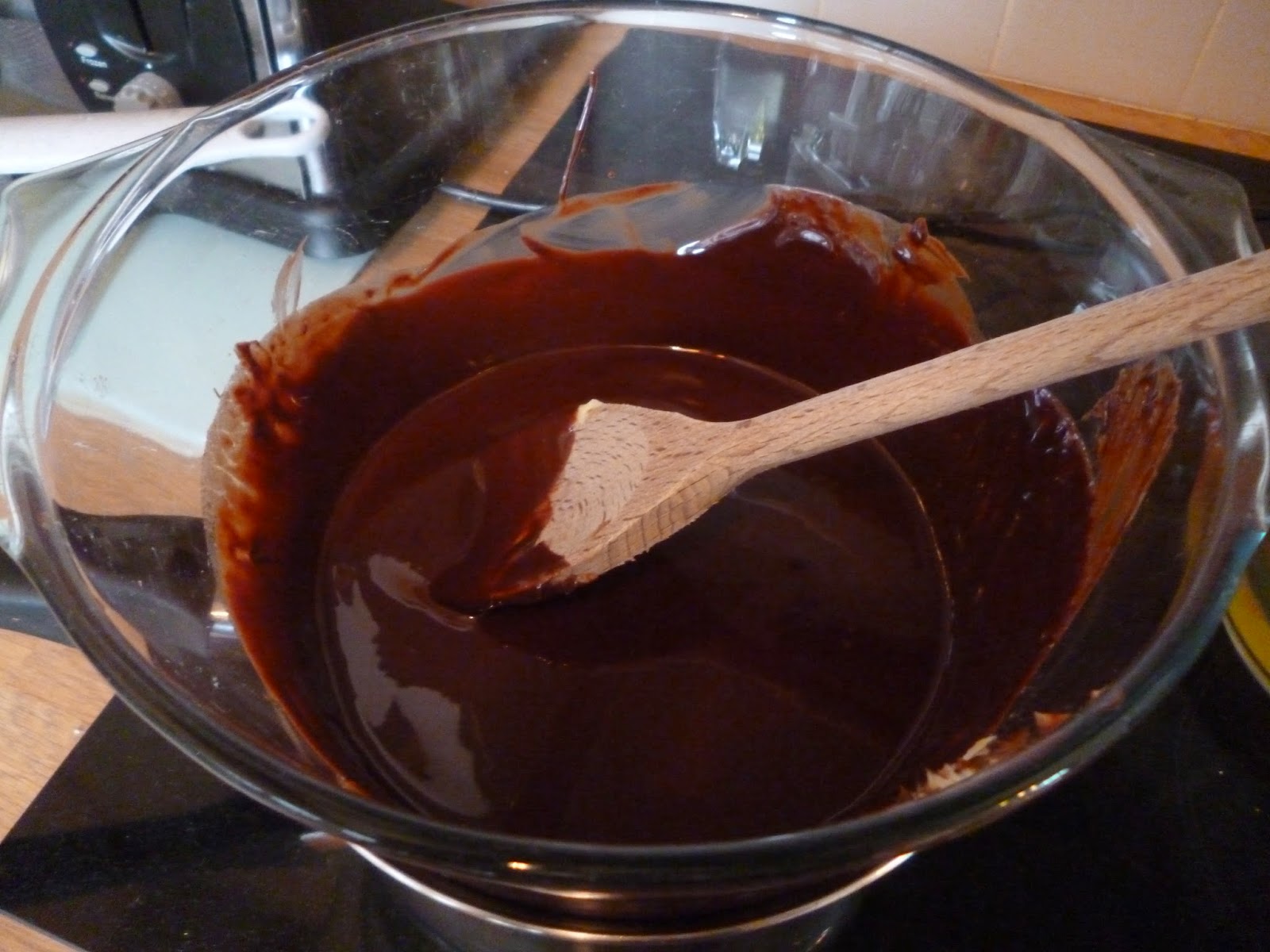 2. Allow to cool for a minute or so before adding the eggs, (or they may scramble) flour and sugar. Beat together until smooth. 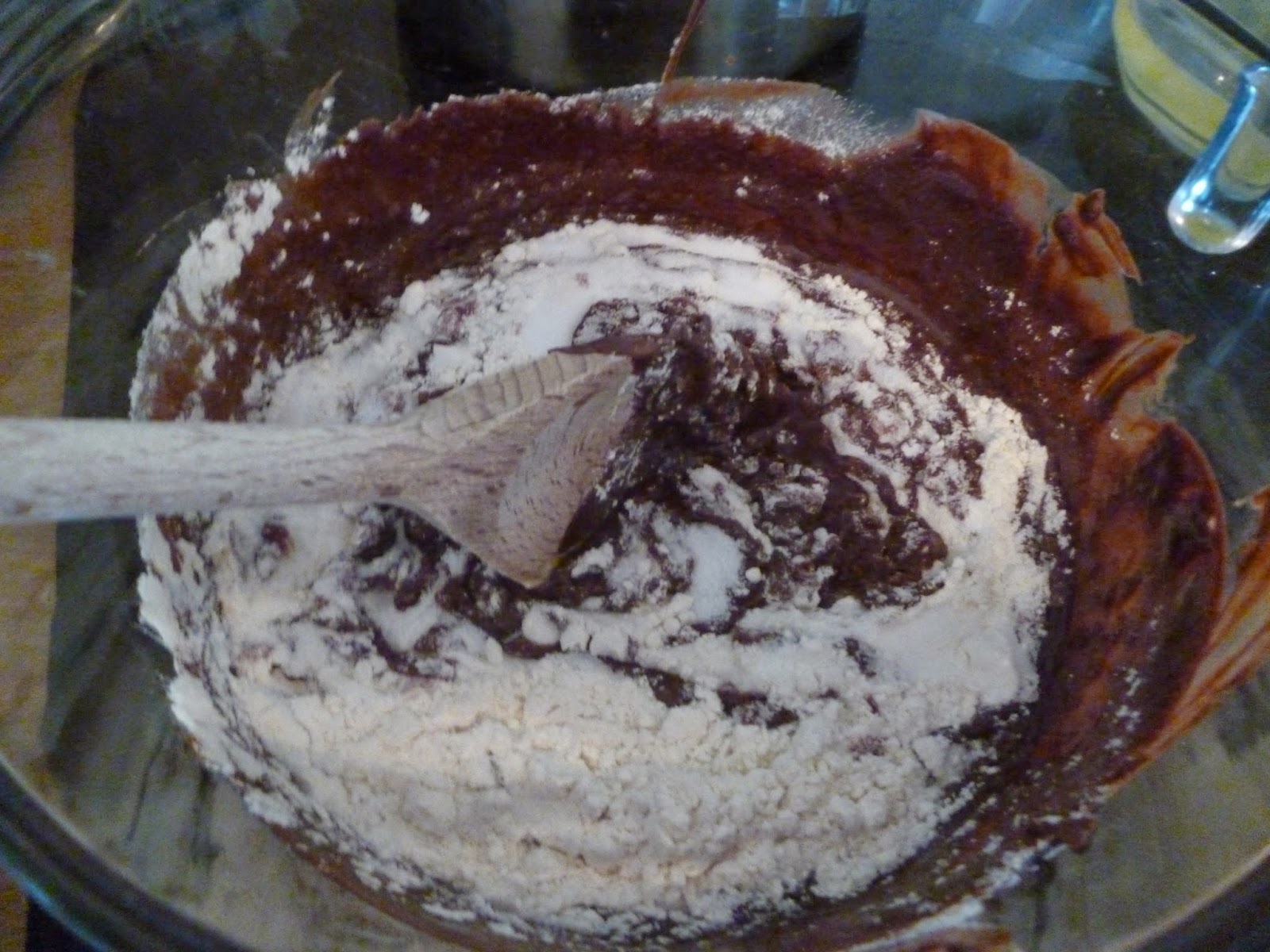 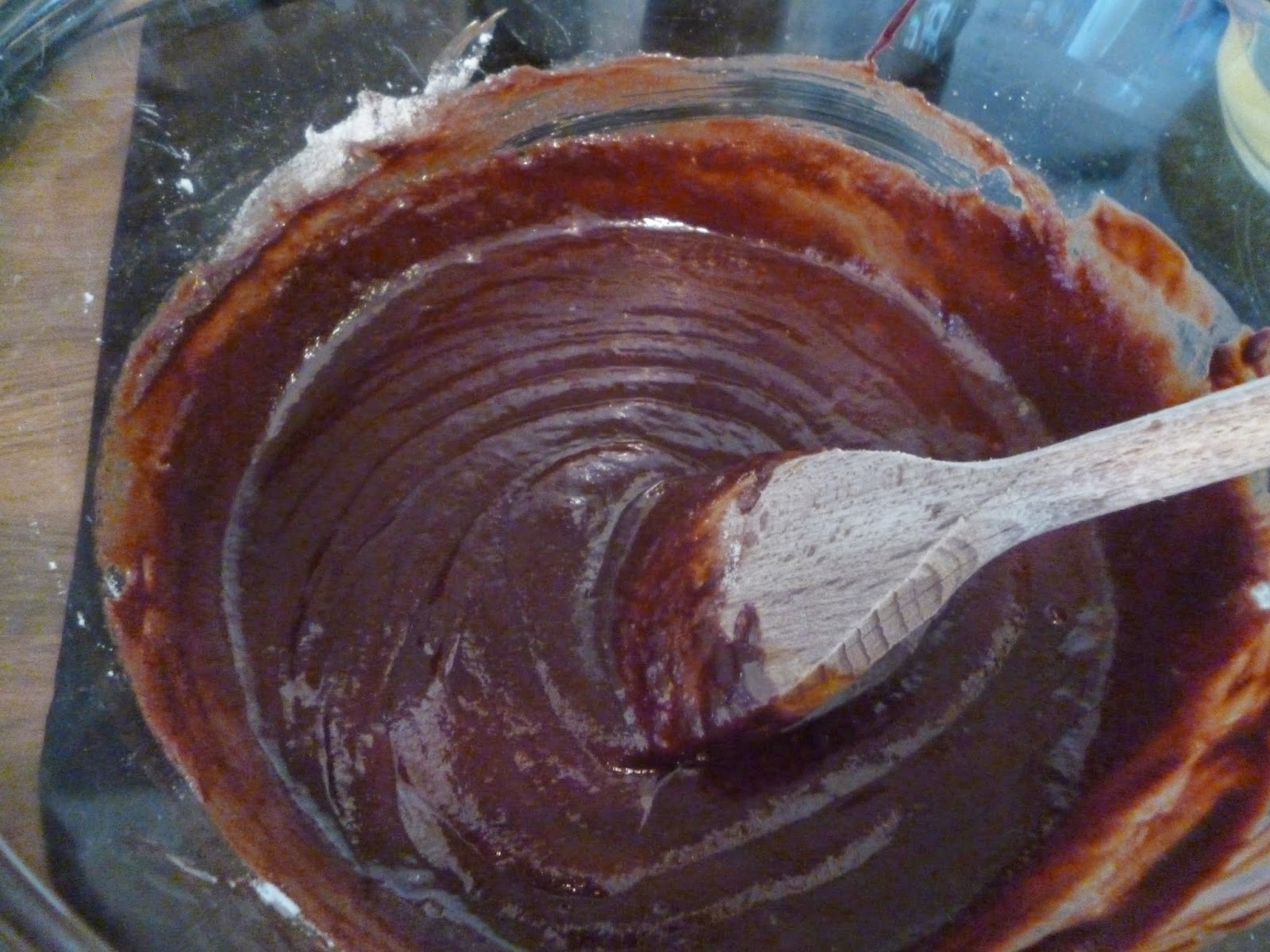 3. Now for the annoying bit. Whisk the egg whites until stiff peaks form - this will take a while, especially if you're using a hand whisk like I did, but if you whisk constantly in small circles it will get done eventually. Once you get to the foam stage you're nearly there, so don't give up! 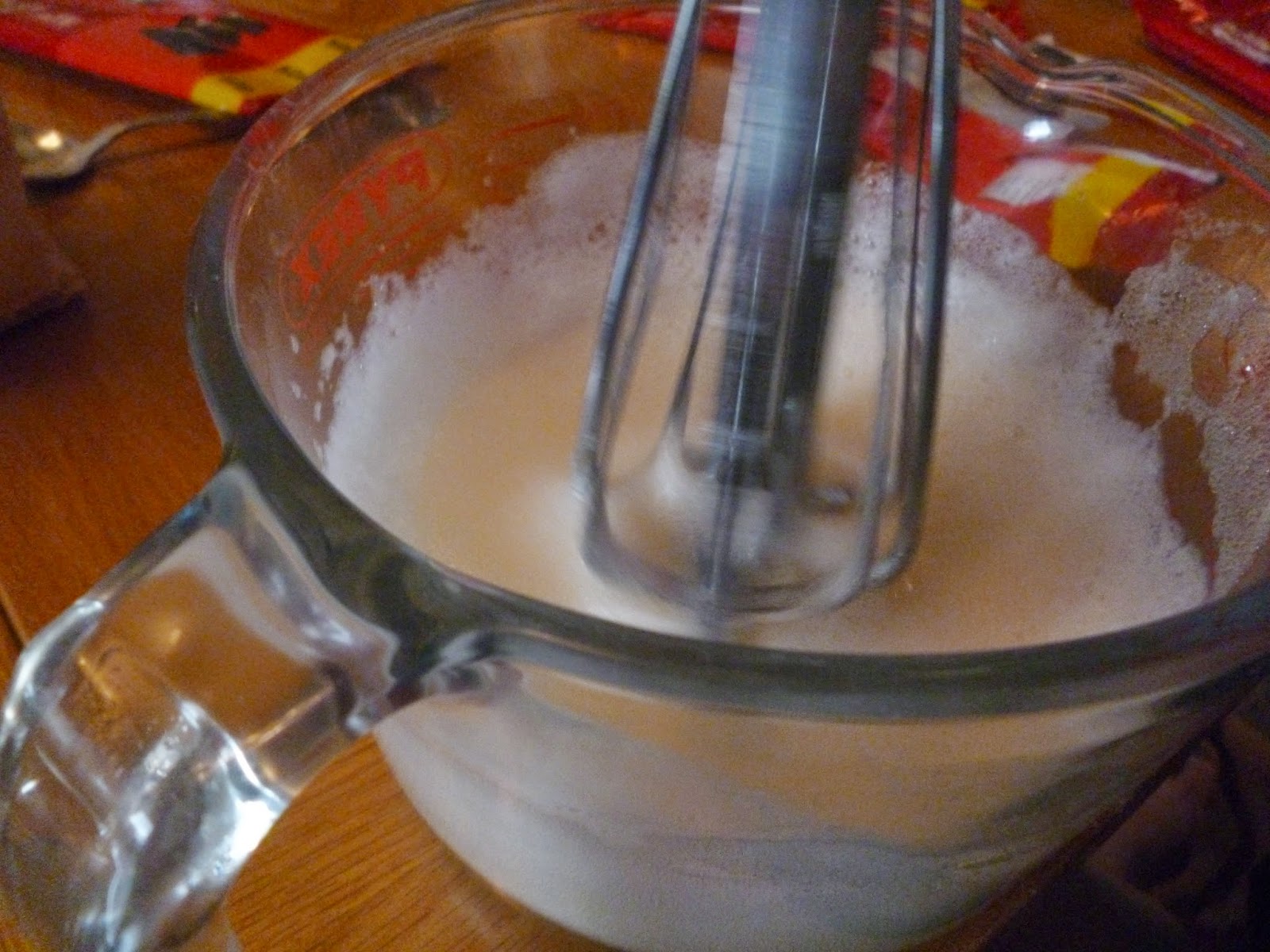 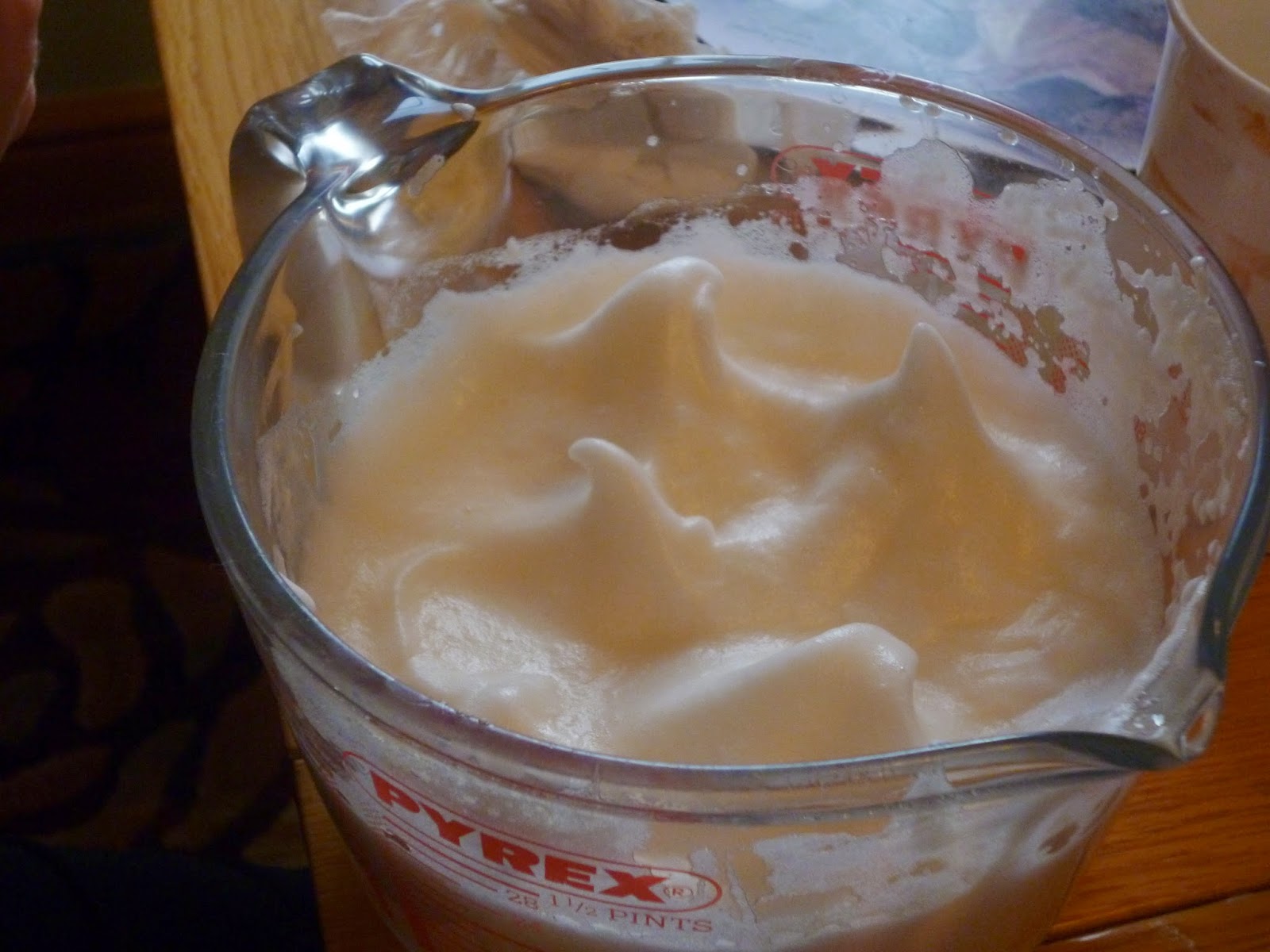 4. Fold half of egg whites into mixture, when combined add the other half. This is then you're completed cake mix. 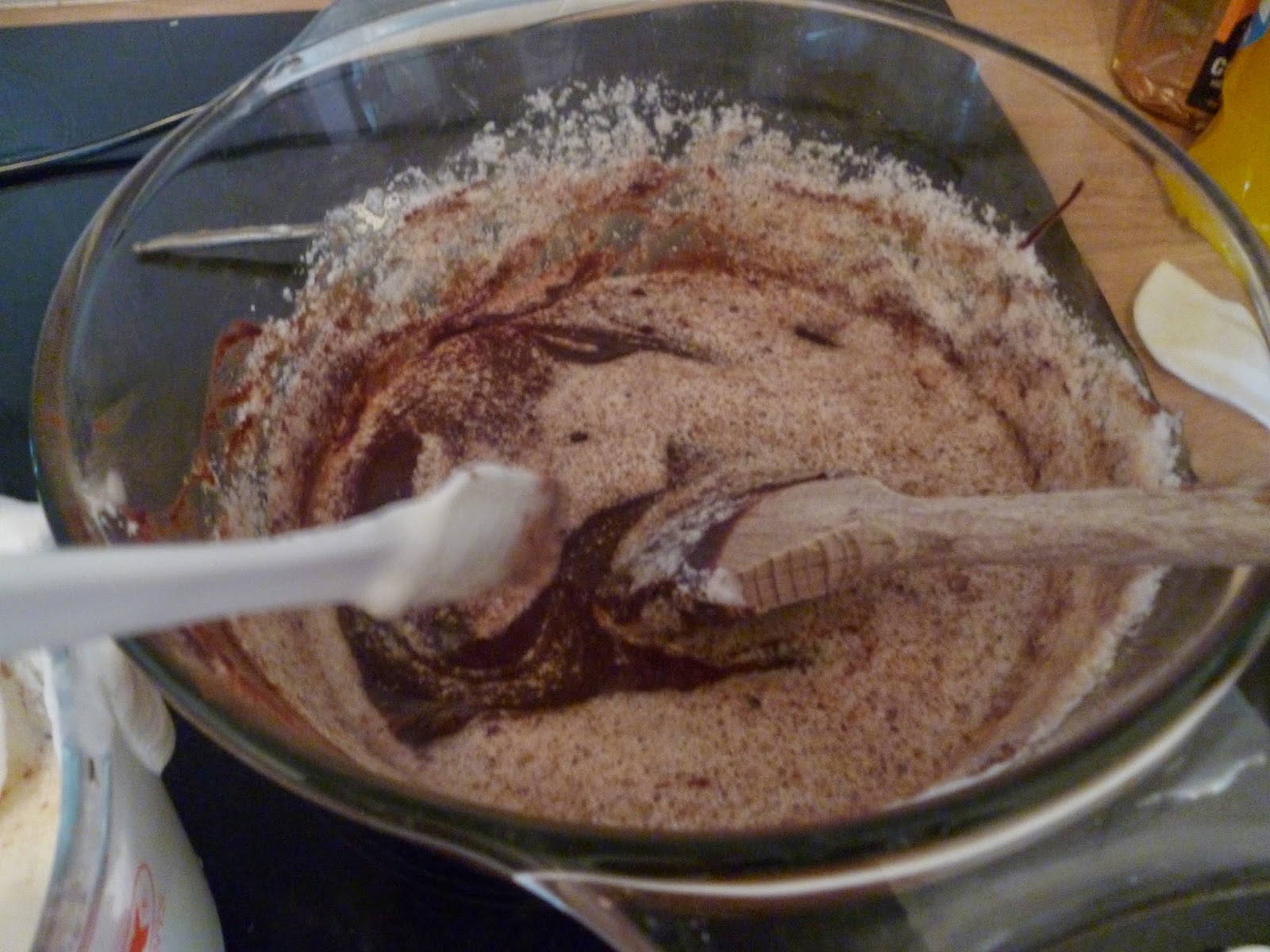 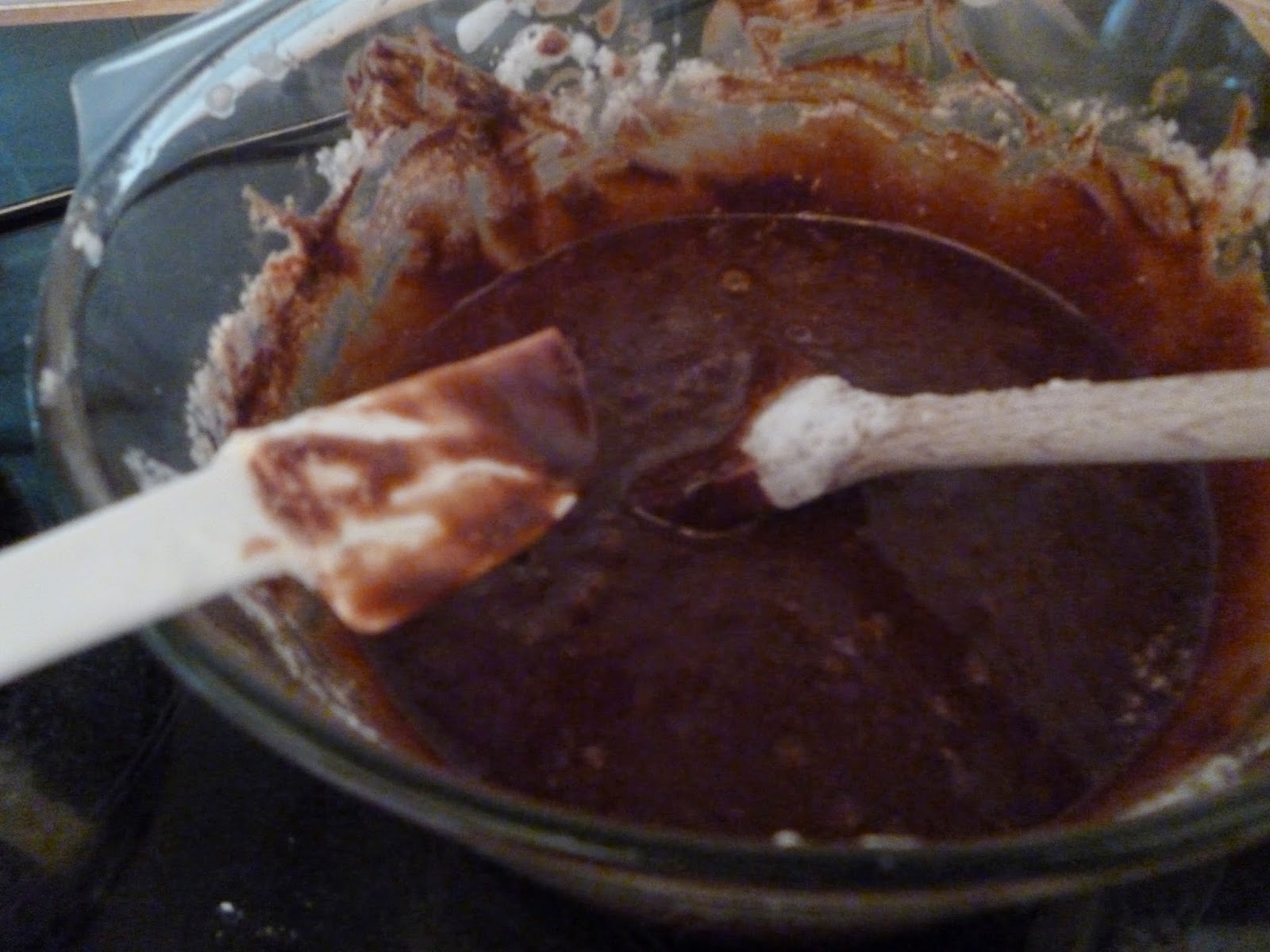 5. Pour mixture into a deep, 20cm cake tin and bake for 40 minutes at 170 degrees celsius. Once out of the oven, you can check whether it's ready by prodding with a knife - if it comes out clean then the cake should be done. 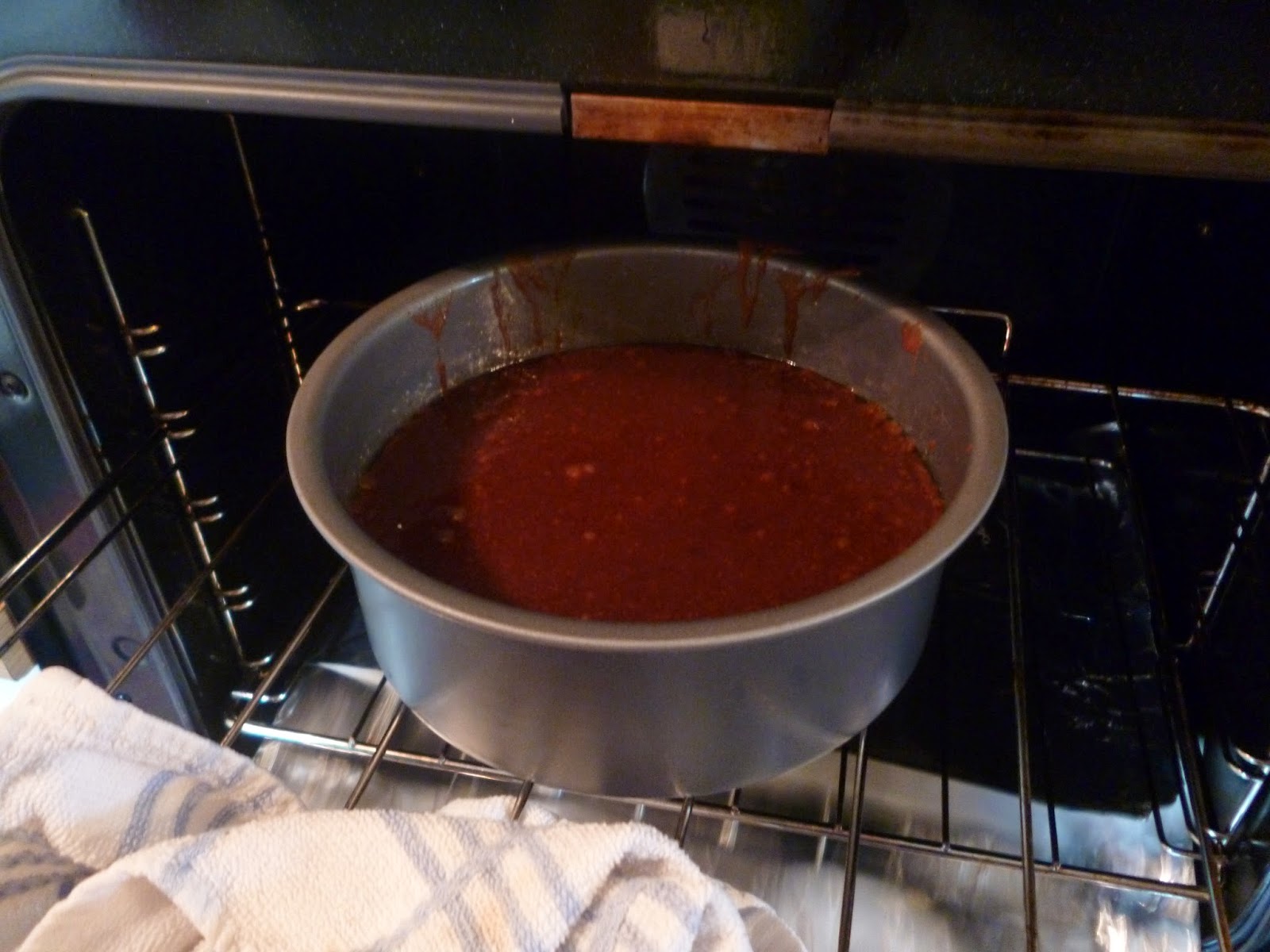 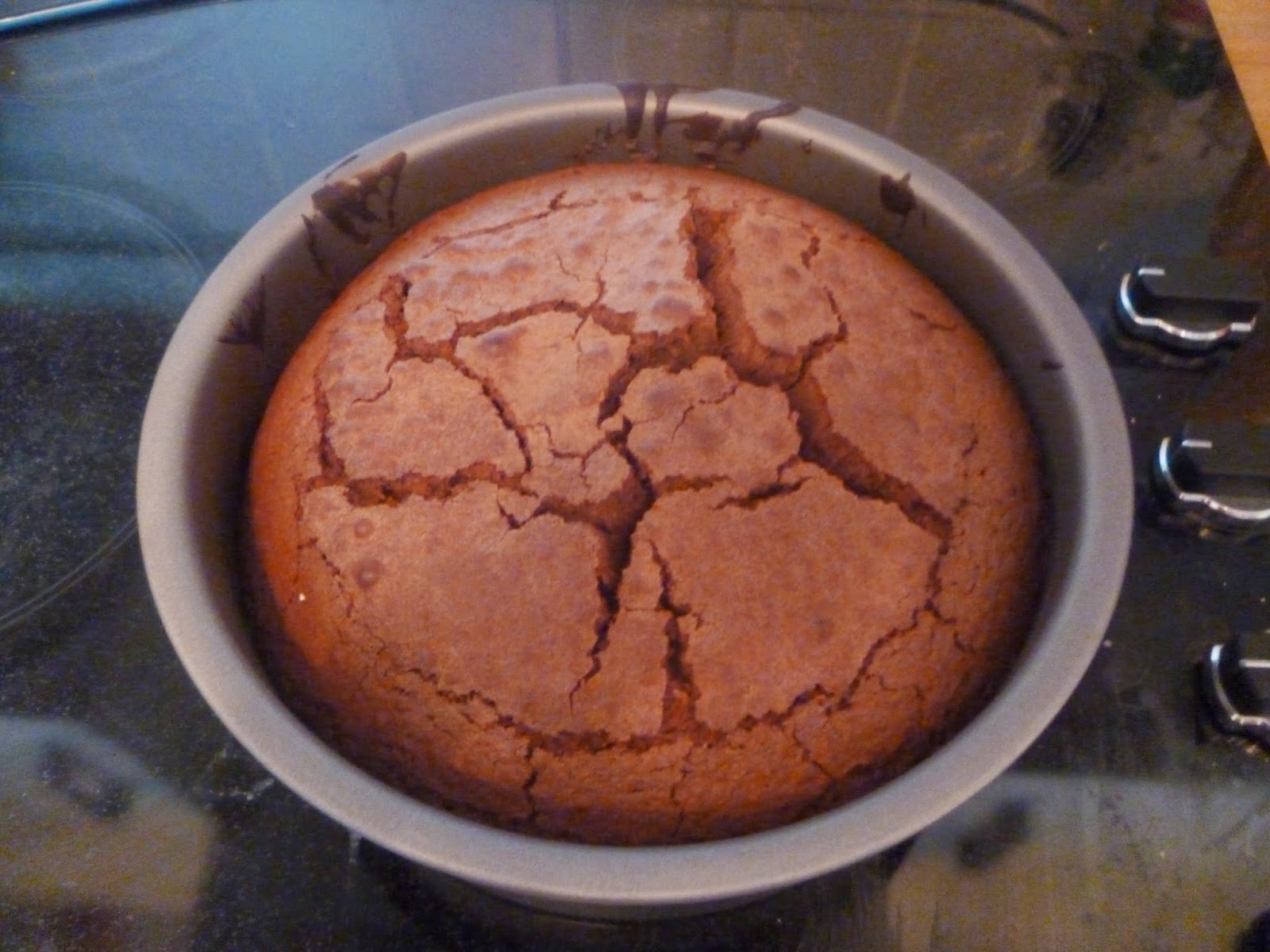 6. Once your cake's ready, it's time for the ganache (basically the icing). You can start this while the cake is baking as it's best to leave to cool and thicken for a few minutes. Put the chocolate for the ganache and the double cream in a bowl and melt over a pan of hot water (as done in step one). 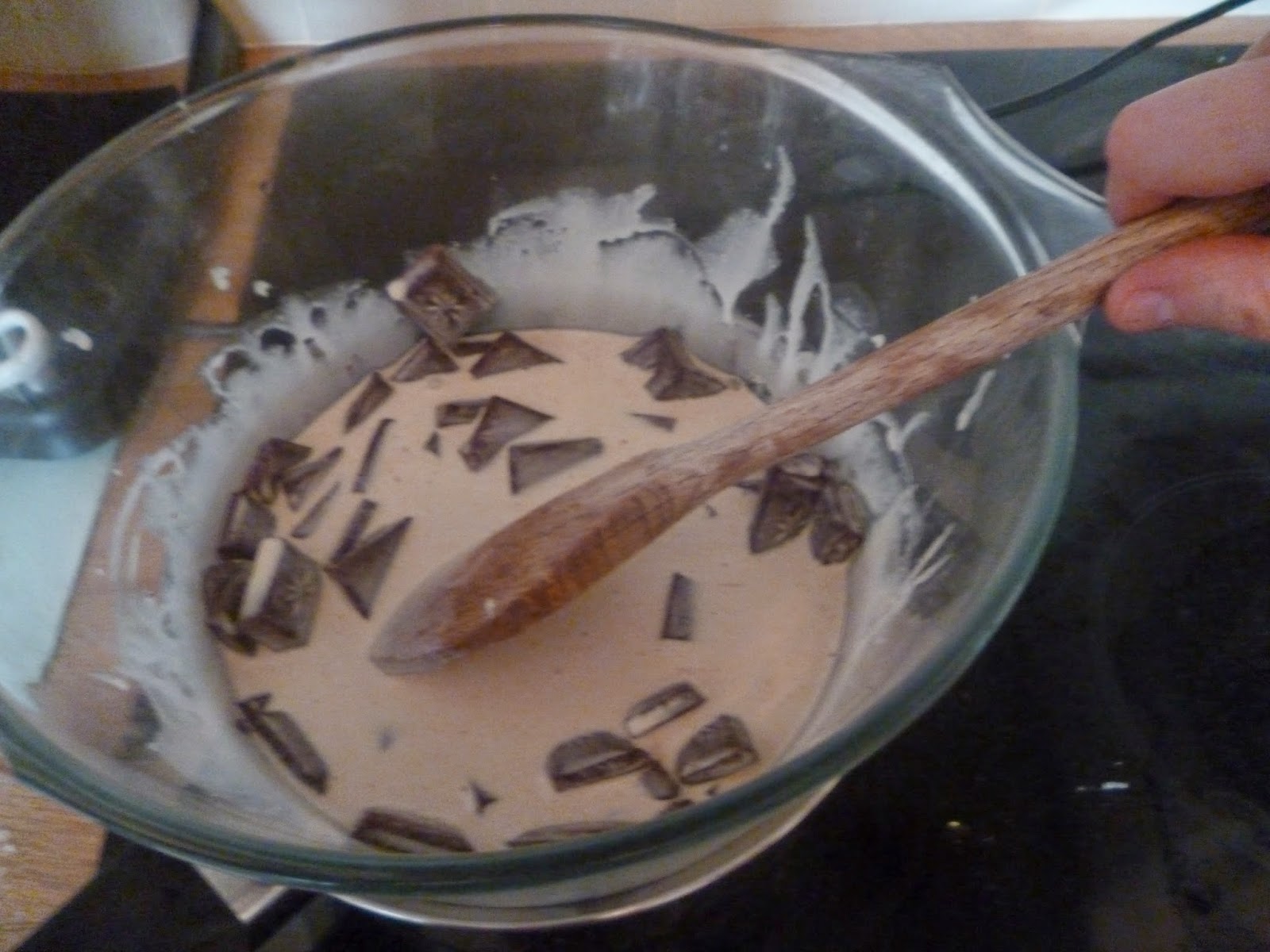 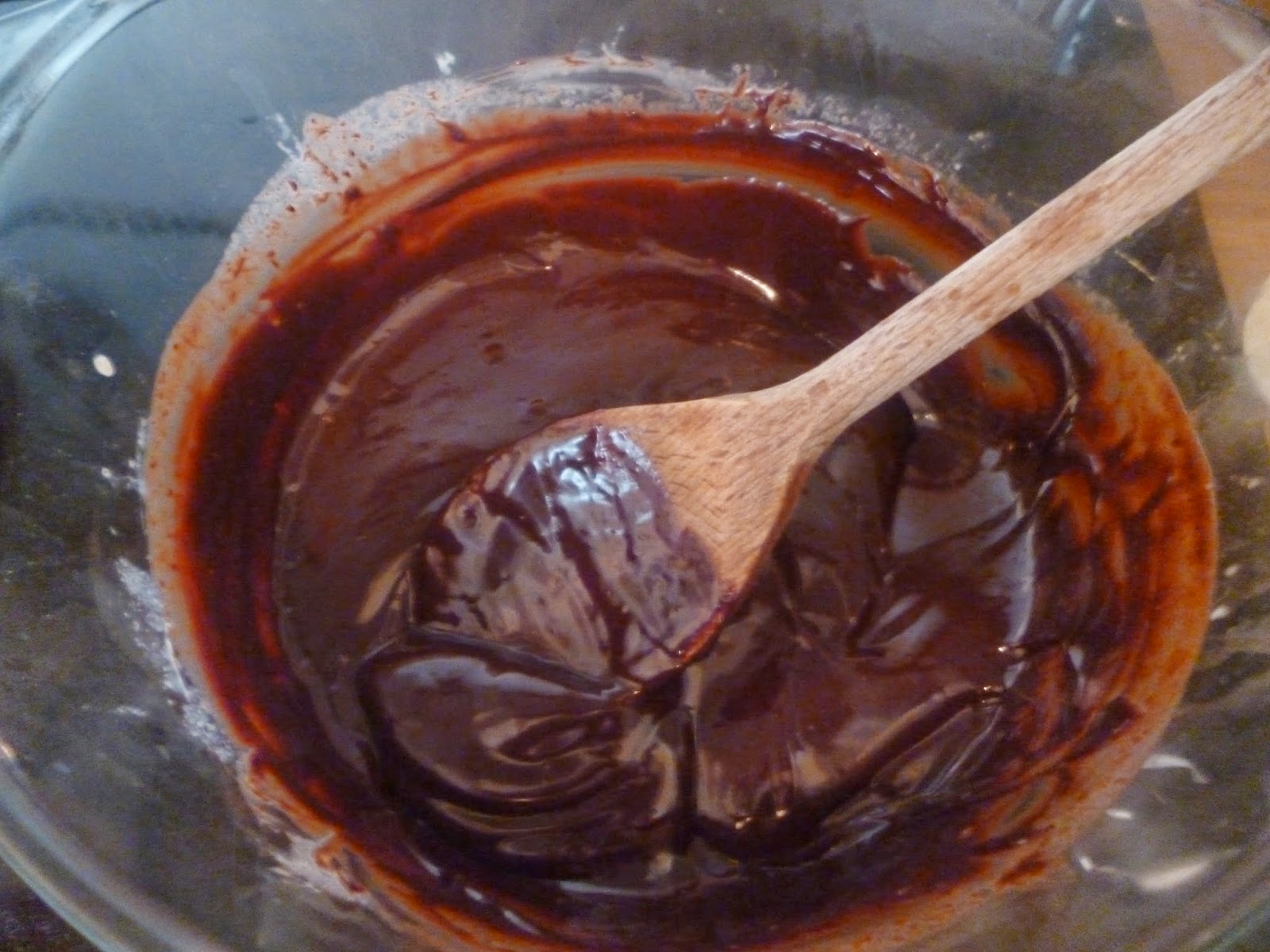 7. When your cake is fully cool (to prevent the ganache melting) spread your ganache onto cake, covering the top and all sides. I also added some grated chocolate on top. 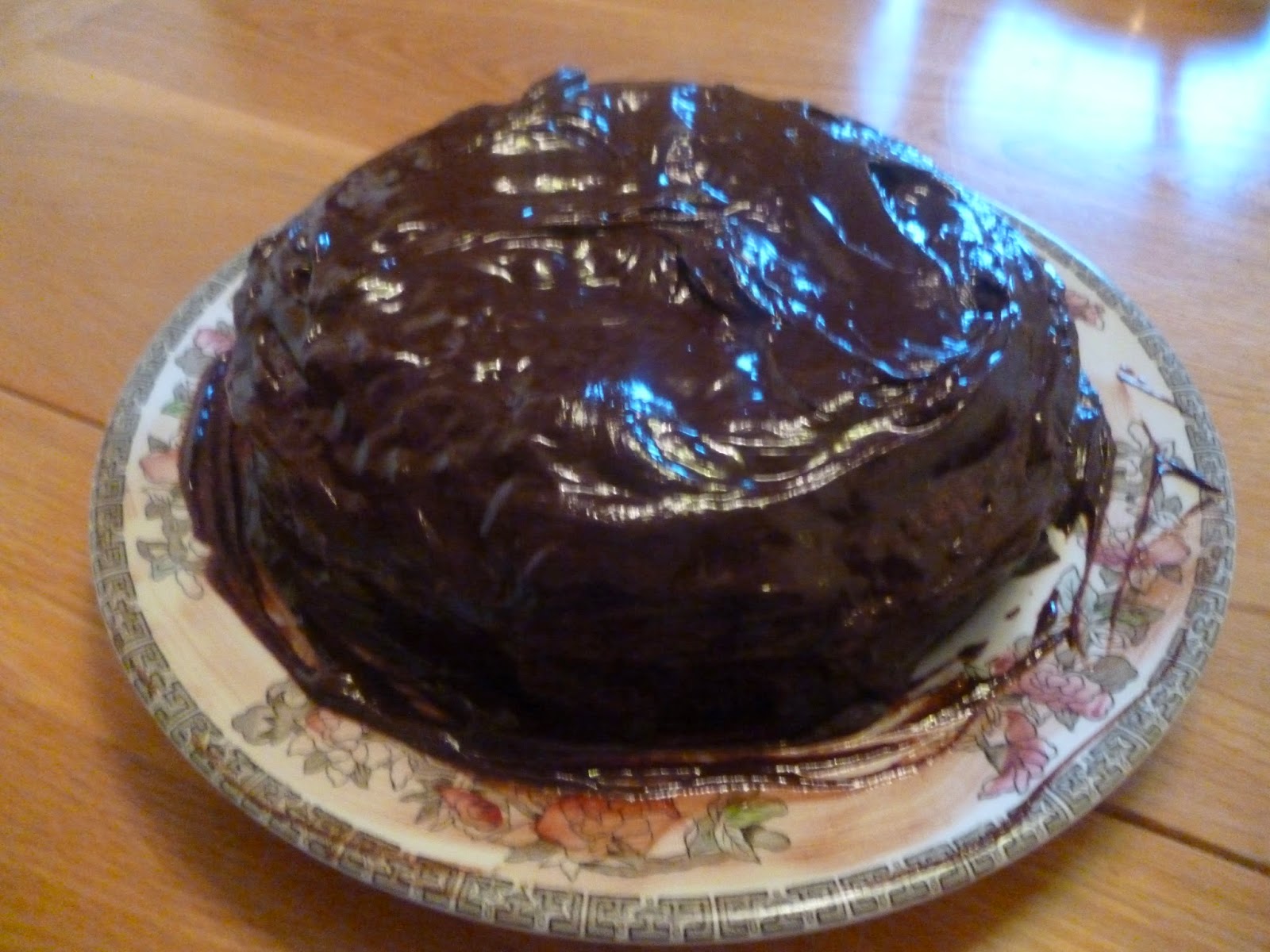 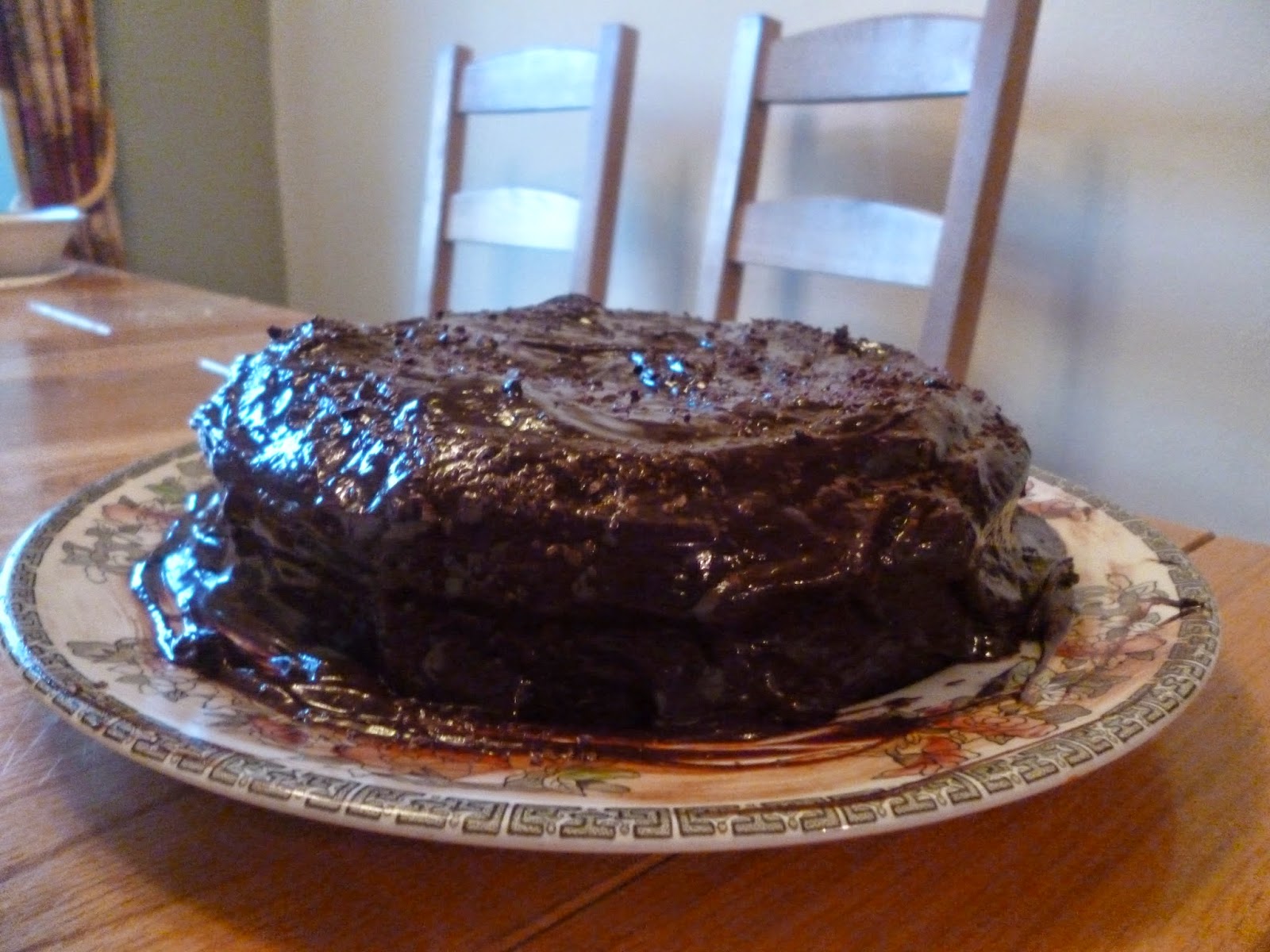 So there you are, Bruce Bogtrotter's famous chocolate cake. Bruce's was of course, much bigger, but this should be just as chocolatey and rich. Really would recommend as the ultimate unhealthy snack. 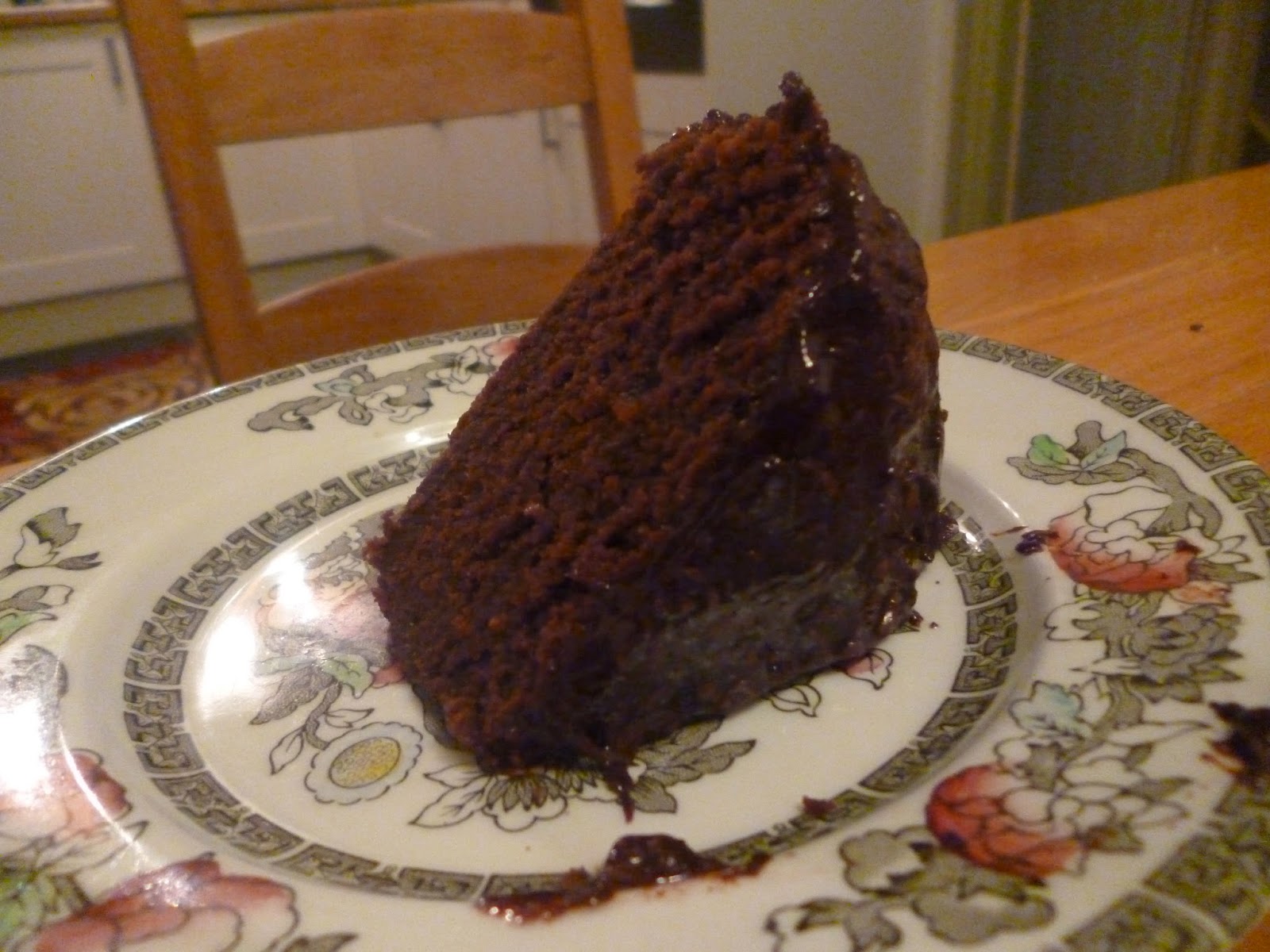