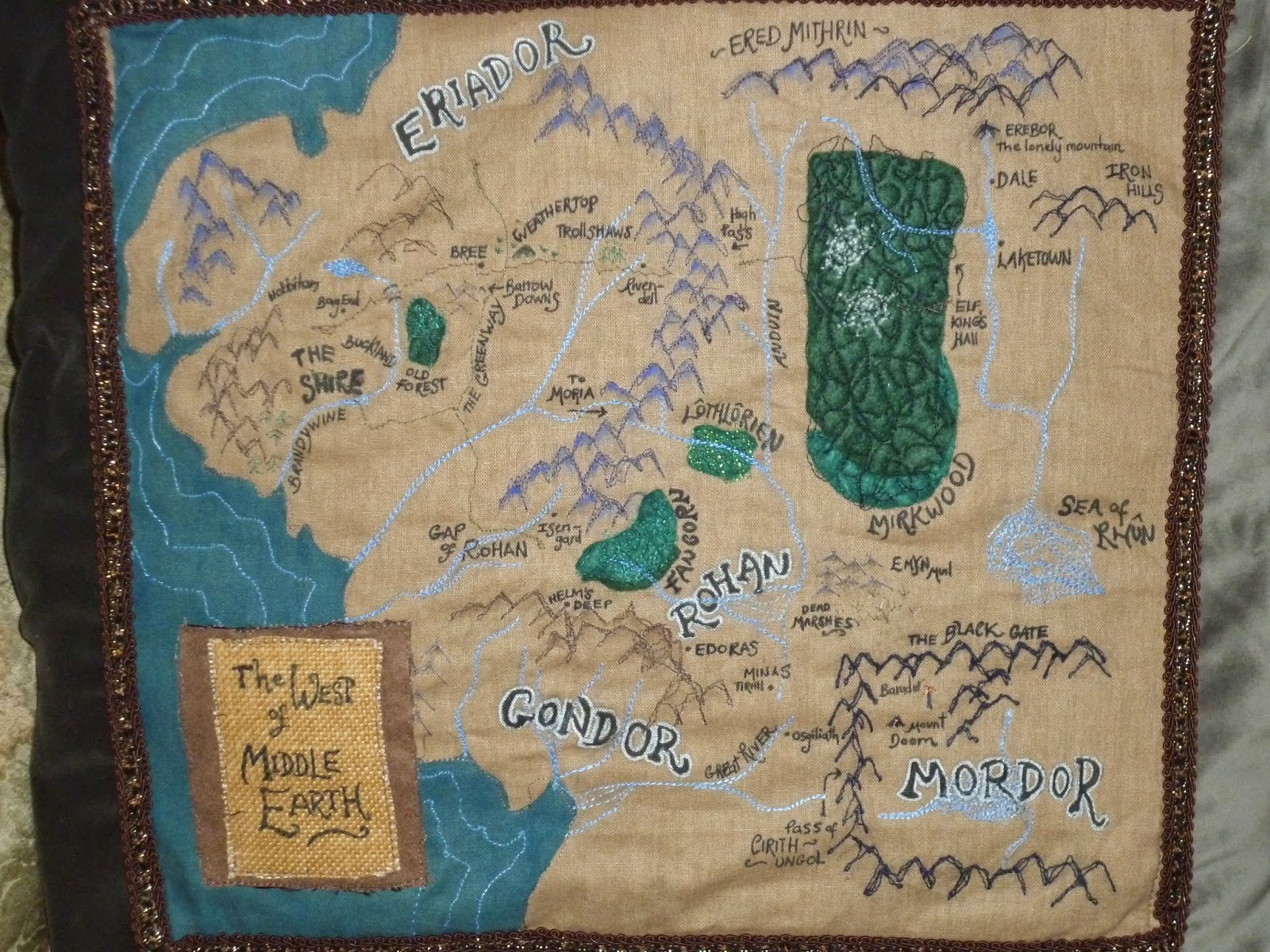 After finishing University last summer, I discovered that I seriously needed a hobby. The days were long and boring, and job-searching doesn't exactly exercise the creative muscles. This blog was one result of the post-uni slump, my cushions were another. Originally intended to sell on etsy, I had thought about re-creating maps - mainly from children's books - using textile techniques, as designs for decorative cushions. I had already tried out a couple but getting stuck in I realised there were numerous different worlds to be created in map form. I had fun making them, but they were pretty time-consuming and not exactly cost-effective. Now that I'm working it's unlikely my creations will ever make it to the etsy stage, so I thought I'd show them off here. They've all gone to good homes (except my first two trials, which I kept) but I will make more in the future. Neverland and Treasure Island maybe? 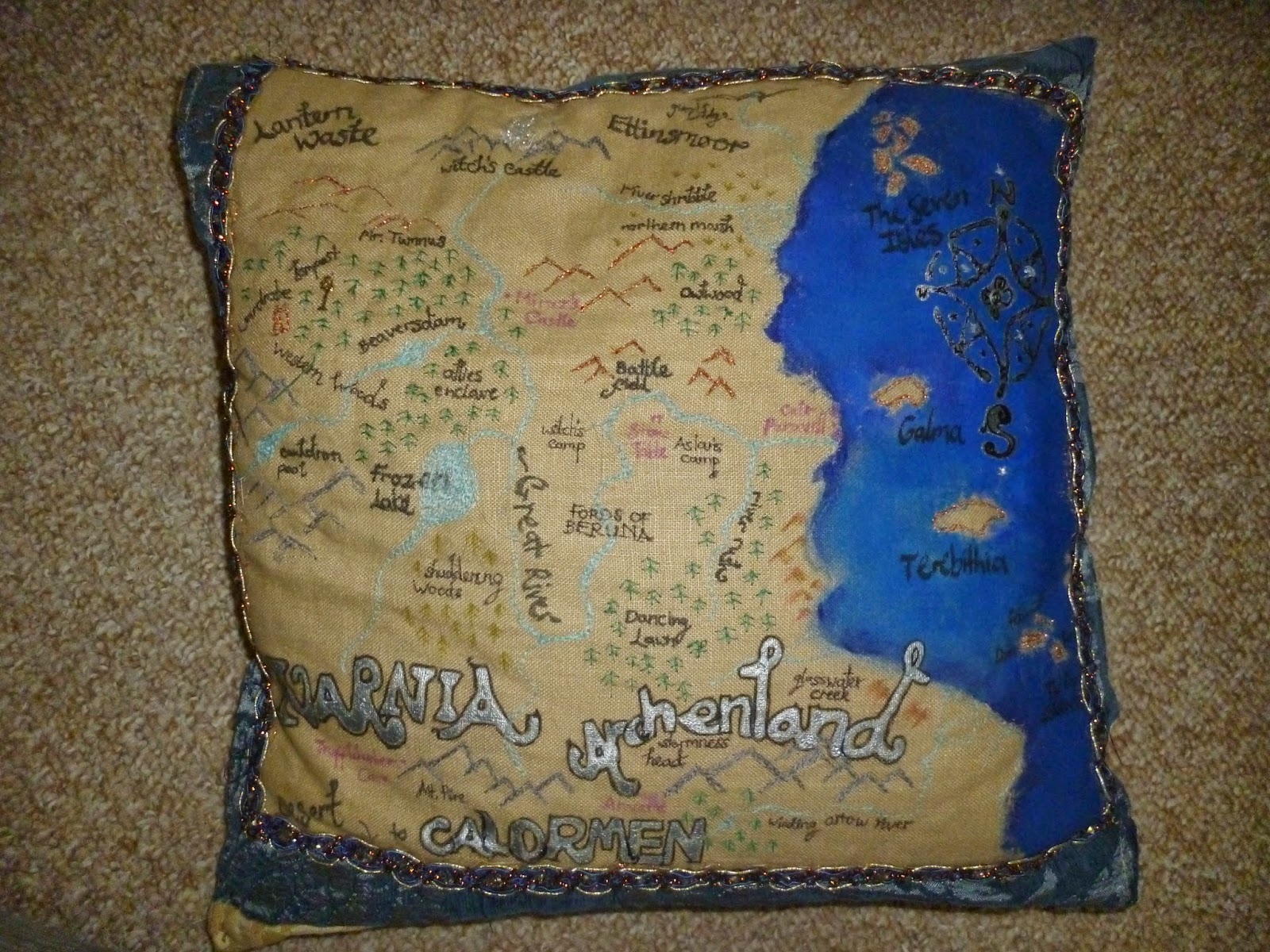 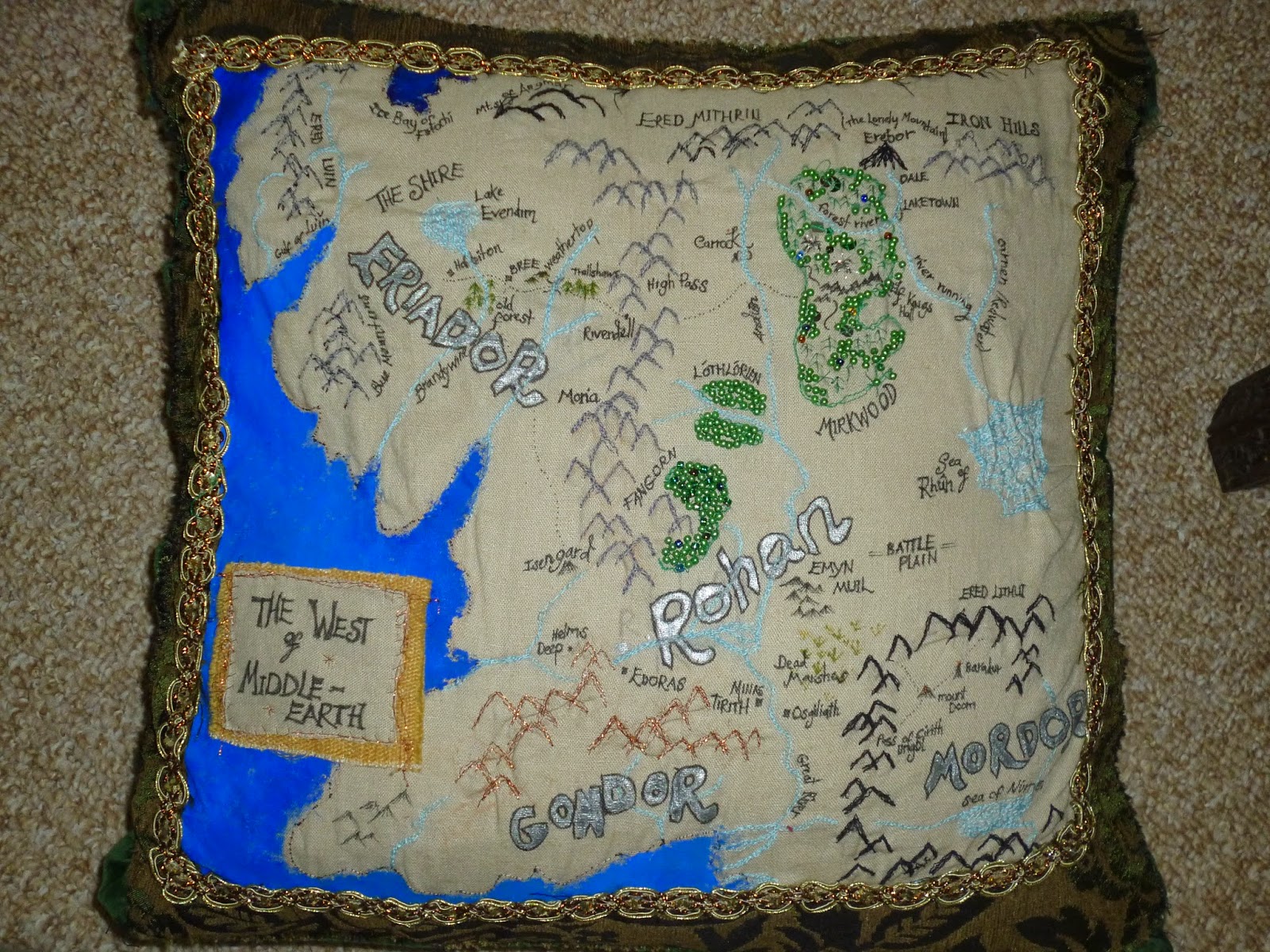 These were my first two trials, after which I decided I would need to buy actual material, rather than try to make scraps stretch to cover a full cushion. For Narnia (and the surrounding lands) I used mainly machine and hand-stitching, for Middle-Earth I also incorporated beads to create the forests. Middle-Earth worked better, as in addition to being my second attempt, everything was closer together. If you look at a map of Narnia/Archenland/Calormen it is long and thin as opposed to square. If I returned to C.S Lewis for more cushion inspiration, I would probably trial the maps from individual books rather than trying to squeeze everything in. 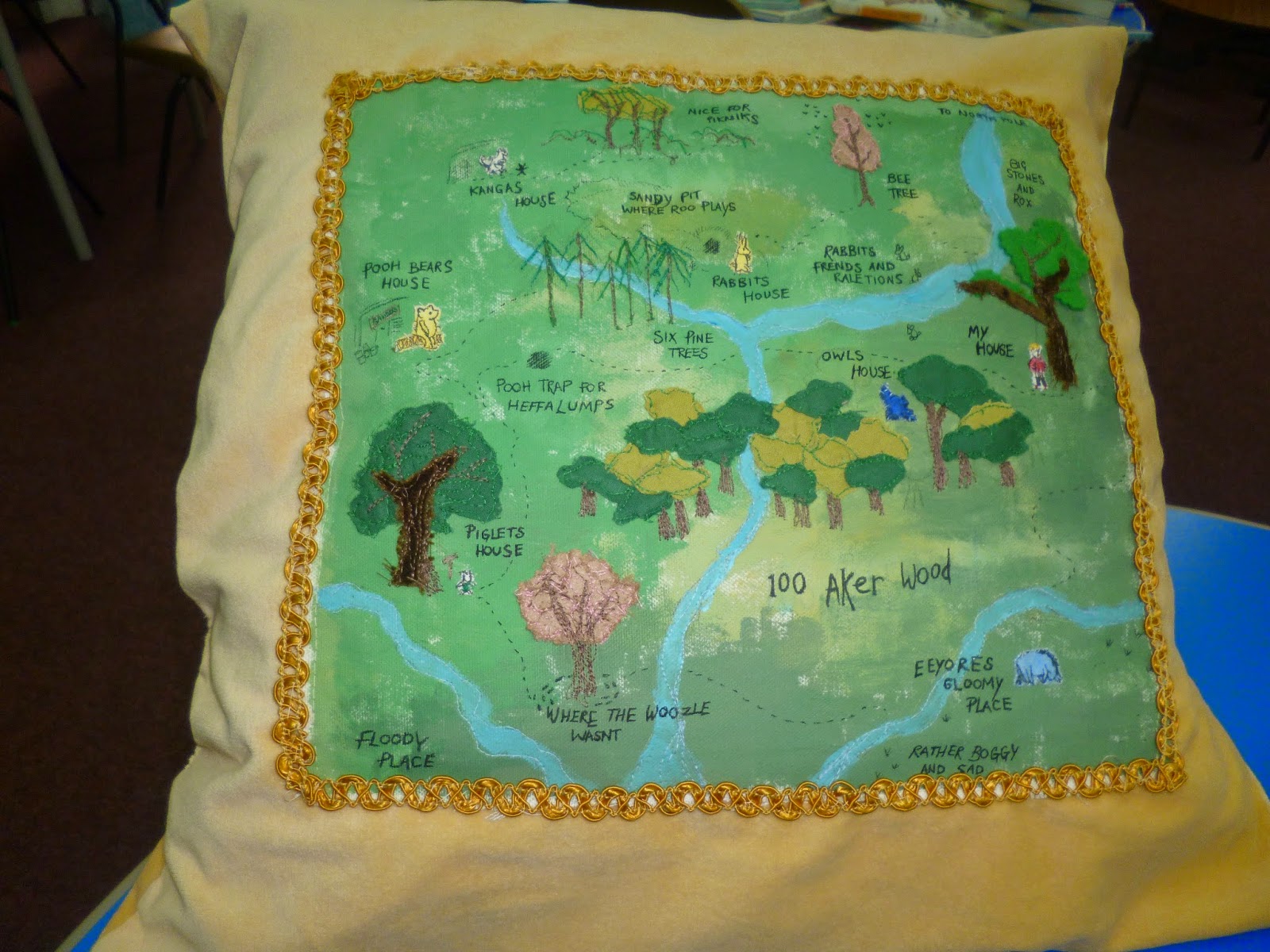 For cushion number three I chose a simpler map that allowed me to dwell on the details. It's mostly machine applique, but the characters were drawn with ink pen onto coloured cotton and then hand-stitched. I went for plain curtain velvet for the back-ground on this one, in a nice, Pooh-bearish yellow. 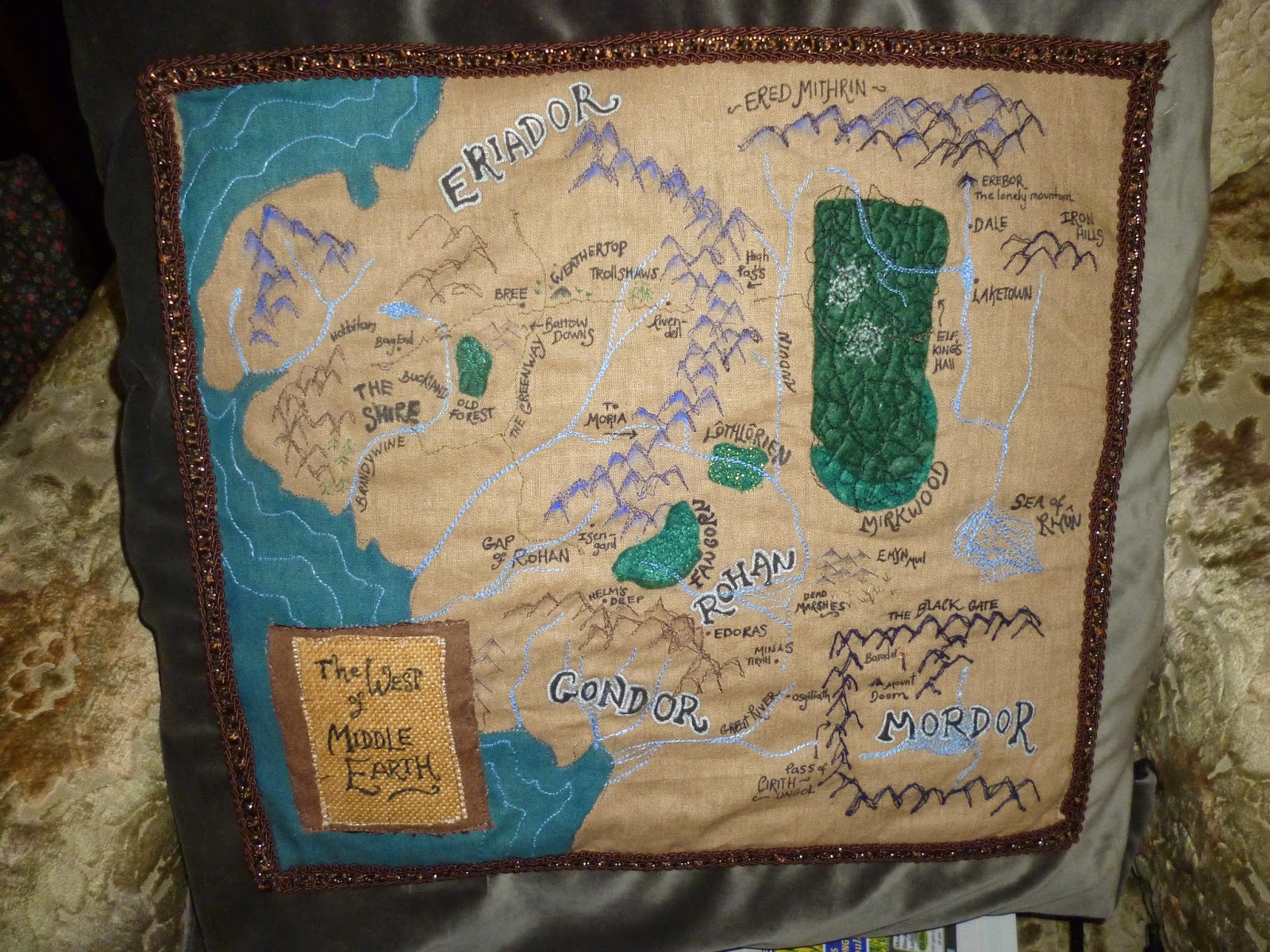 My favourite cushion so far was my second attempt at Middle-Earth, which I think turned out much better. Appliqued forests instead of beads, grey velvet for the background and just altogether neater. This one went to a friend of my mum's from work. My first commission! 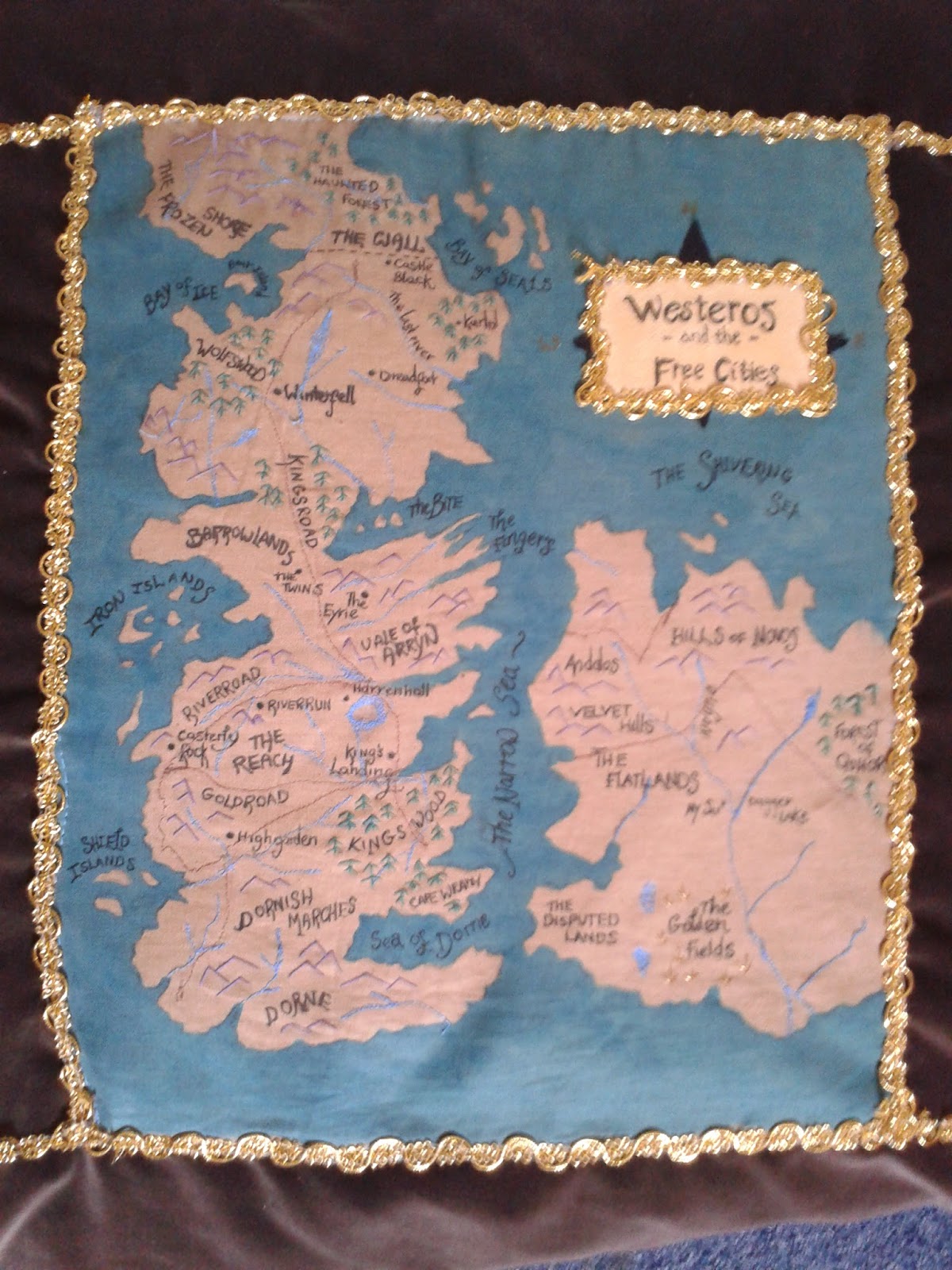 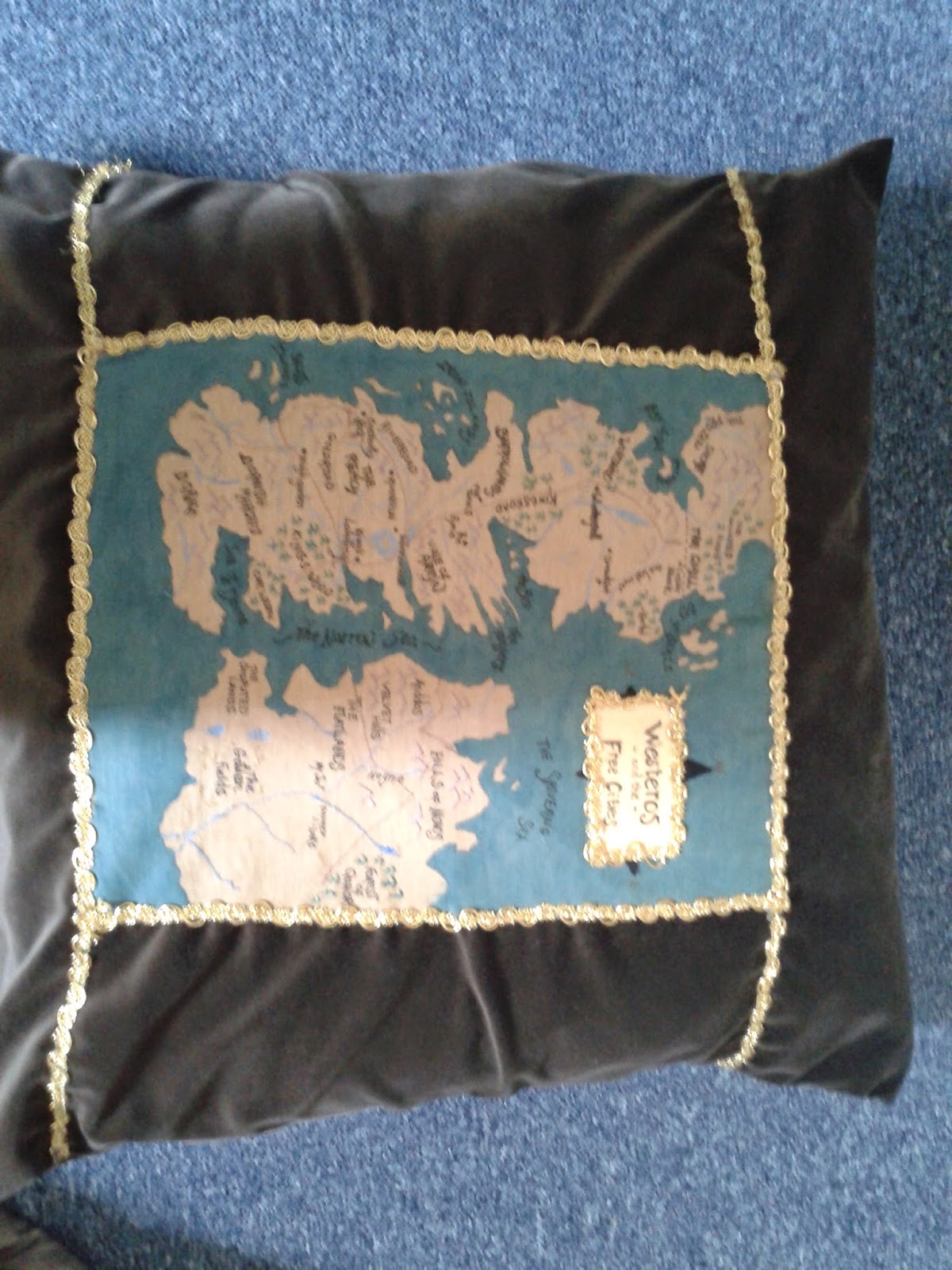 For my boyfriend's birthday I thought I'd have a crack at the Game of Thrones map. The shape was trickier for this one so I traced it exactly - and that meant I needed a bigger cushion. Mostly simple stitching on this one, but I was pleased with it. Although I'm aware The Twins should be lower down. Shush!! 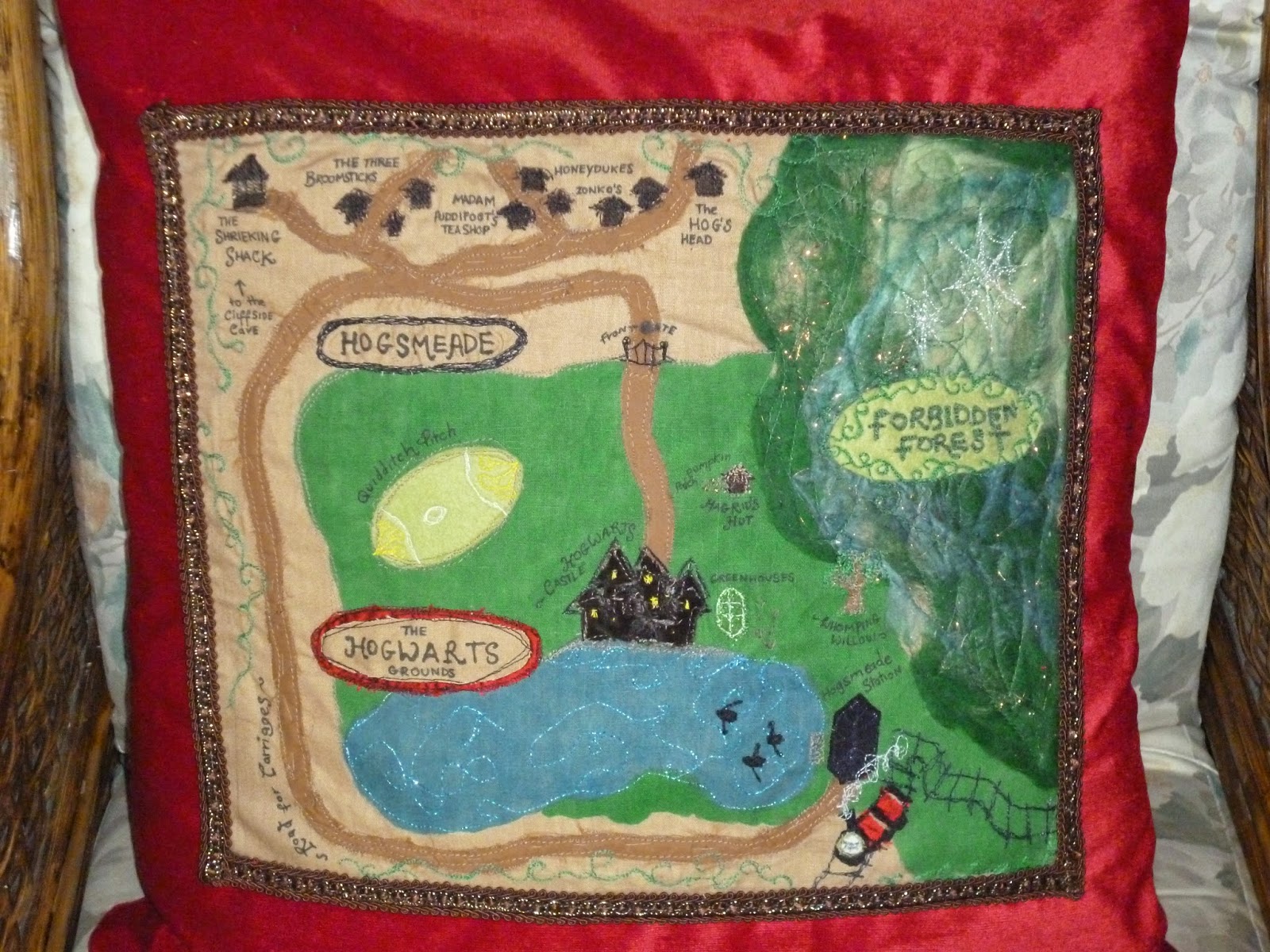 I had always planned to do a map of Hogwarts, but with no official template to go on (other than JK Rowling's rough sketch) things got a bit tricky. There's a lot of things I would do differently a second time round - and as a proud Hufflepuff it killed me a little to use a red background - but for a first attempt I was rather proud of this.

So there we go, my show-and-tell for the week. Cushion maps based on the book and stitched by yours truly.