Since Shakespeare first penned Henry V, a rousing pre-battle speech has been a staple of historical, fantasy, war  - and even sports -  epics. The battles themselves are all well and good, but a great speech beforehand can stir the heart like nothing else. These speeches stem from the genius of an author or playwright, but words alone are not enough - on the page you can imagine a sterling delivery, but when adapted for the screen a great speech also requires a great performance. Below are five of the best battle addresses from literature adaptations to get you feeling fired up. Enjoy!

Despite being heavily criticised for its historical inaccuracy, Braveheart (loosely based on Jane Porter's 18th century novel The Scottish Chiefs) gives us an inspiring speechmaker in the shape of Mel Gibson's William Wallace. In this speech - about fighting for freedom despite little chance of success -  Gibson makes you want to fight the losing battle. Its not the most rousing speech ever, but well delivered.

This iconic speech would be higher up my list, but I've yet to see a completely satisfying delivery of it. Yes, I know Lawrence Olivier and Kenneth Branagh are some of the most respected Shakespearian actors, but they're just a little bit too... camp.  But what do I know?  Delivered to the troops before the renowned victory at Agincourt, this speech is thought to be so inspiring that they brought out a version of Henry V during WW2, to get people feeling patriotic.


The Revolutionaries, Do you hear the People Sing?
Les Miserables

One of the most rousing songs in any musical, Do you Hear the People Sing? is first sung by the revolutionaries before they launch their rebellion on the streets of Paris. The students' revolt - the revolution that features in Victor Hugo's novel - was a massive failure, but his song still makes you want to shout for revolution. One Day More and Red and Black could also pass as battle speeches, and both are great, but Do you Hear the People Sing? is the most iconic. 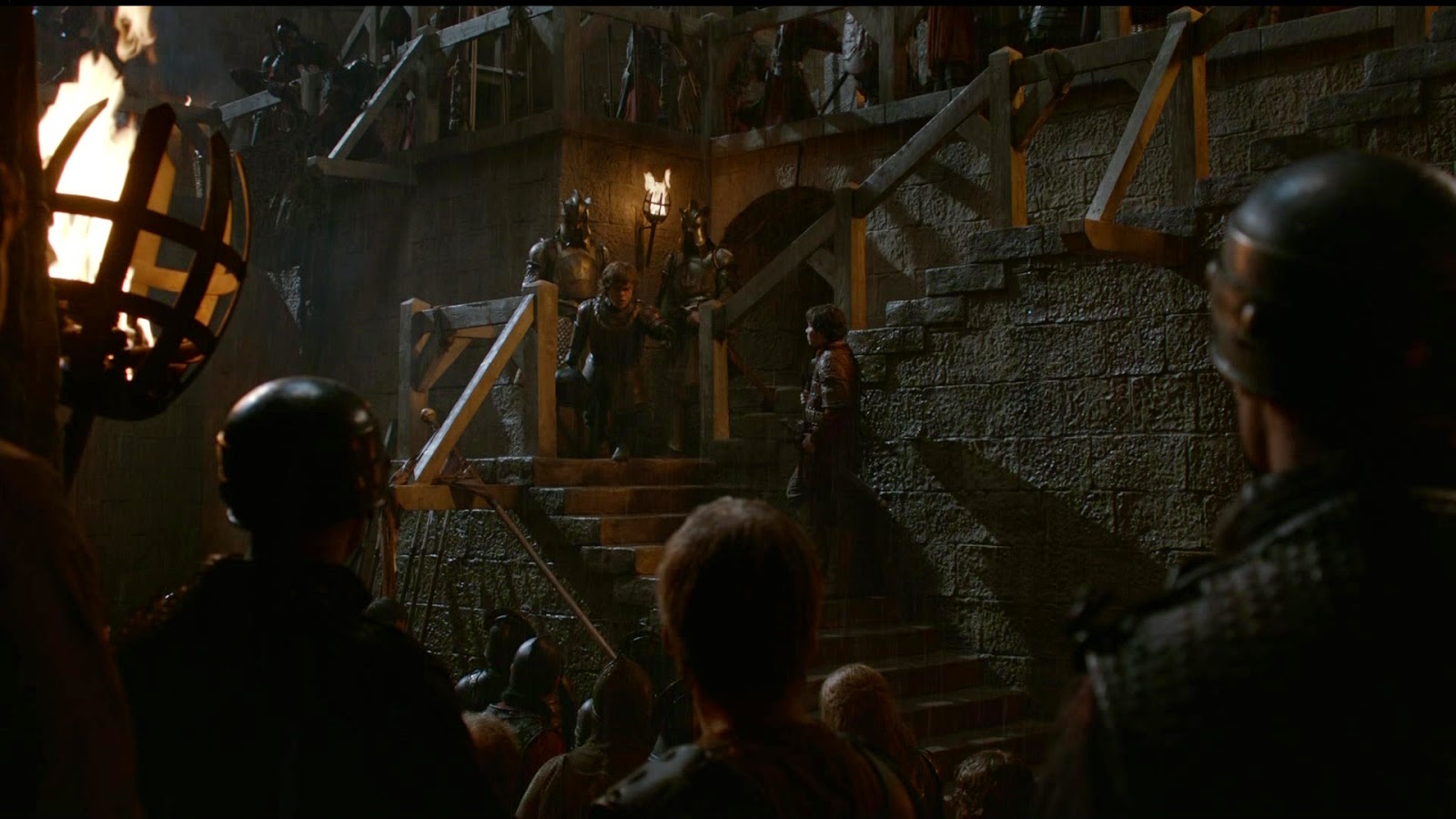 So annoyed I couldn't get the video up - but the link's there anyway. In his speech before the battle of Blackwater Bay, Peter Dinklage's Tyrion proves himself a worthy leader with a rousing -  if un-orthodox -  speech to the defenders of Kings Landing. This speech stands out as it's not about honour or glory. It deals with what these soldiers are actually fighting for, not what the songs will say about them.
﻿

Aragorn, Speech at the Black Gate
Lord of the Rings Return of the King

My favourite of all pre-battle speeches is Aragorn's address to the men of the west, as they prepare to fight at the Black gate of Mordor. They couldn't have cast a better Aragorn than Viggo Mortensen, and his delivery of the speech is full of fire and conviction. At this point in the novel there is little real hope in the opinion of those fighting - they think that Frodo is dead and the ring captured. They are vastly outnumbered (as usual) and this is their last stand against Sauron's forces. Aragorn's speech is a call to these desperate men to make their last hours something they can be proud of. He can definitely be proud of that speech.