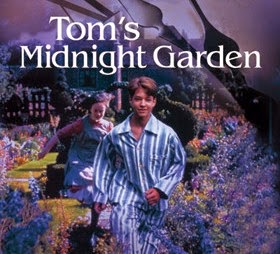 Taking a step up from the picture books of my last post, my next review is of another children's classic: Philippa Pearce's acclaimed novel, Tom's Midnight Garden. As one of my own childhood favourites, it seems strange that I only watched the film adaptation (released in 1999) for the first time last week. My opinions were mixed, as I imagine they were for many fans of the book, yet it would be unfair to suggest that this film was an unfaithful adaptation - of the plot at least. 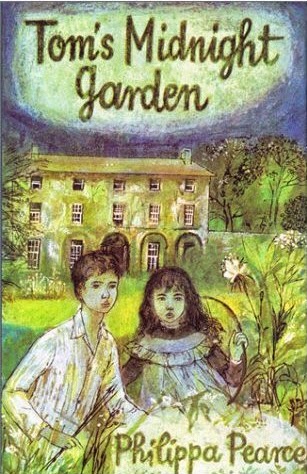 Tom's Midnight Garden tells the story of Tom Long, a young boy sent to stay with his aunt and uncle when his brother contracts measles. In a flat with no garden, no children's books or games and no-one of his own age to play with, our protagonist is, of course, bored senseless. That is until lying awake at night, he hears the grandfather clock in the hall strike thirteen. Tom discovers that during this extra hour of the night, the flats' shared yard becomes a sprawling, beautiful garden, perfect for playing in. It is as if he is stepping into the past, before the house was divided into flats and the garden sold off, and when it was owned by one, Victorian-era family. Tom's Midnight Garden is a combination of time-slip story and Narnia-esque magical realism, although the reasoning behind the magic is a little different from your average fantasy story (I won't spoil it for those who haven't read the book). However long Tom spends in the garden, time stays still back at home, while Hatty - the little Victorian girl whom Tom plays with in the garden - grows older between each of his visits. 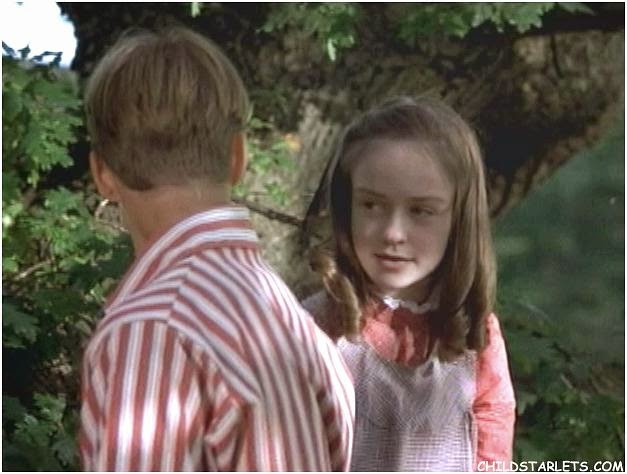 When the story was first read to me, at about seven, I remember liking Hatty and enjoying the interactions between the two characters of different time periods - building the tree-house, making bows and arrows, arguing. (I always thought of Tom as from the modern day, although I realise now that the book was written in the fifties.) I was interested in how and why Tom was getting to the garden, why the gardener believed he was a 'work of the devil' and why Hatty thought he was a ghost. However, despite the engaging child characters and intriguing set-up, the novel has some pretty bittersweet themes for a children's book. As Hatty gets more and more grown up it is somehow horribly sad - or I thought so as a child, anyway. Reading the novel as an adult, you realise that Hatty is becoming happier and less lonely the older she gets, and you understand that there is good and bad to getting older. But for Tom, and the child reading about him, watching Hatty grow up is like losing the little girl that she was. And that skating to Ely chapter, oh my God. I'm not trying to put you off here - I still always loved the book, despite the sad moments, and the ending is lovely. 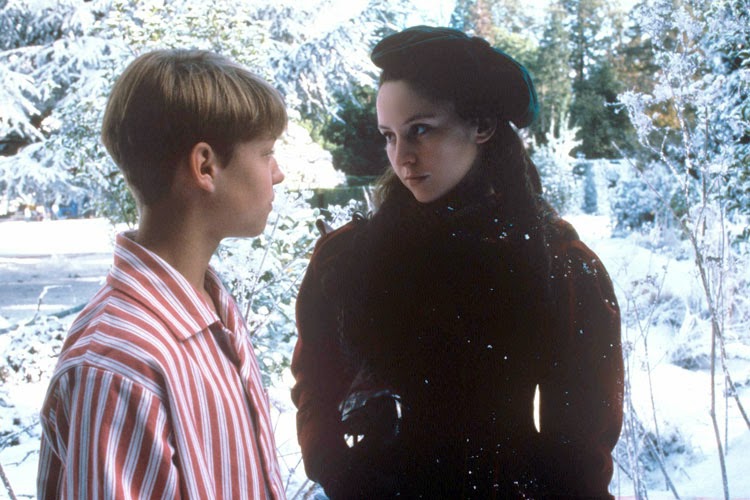 Story-wise, the film adaptation is surprisingly faithful to the book's plot and the look of the house and garden was very similar to that of my imagination. But I'm not going to sugar-coat it, the big problem here is the child actors. Well, Hatty's not too bad -mainly Tom. As my mum neatly put it "he looks like a rugby prop-forward, and he can't act.' I would  add that he just looks too old. The young actor does try, but this was just poor casting - would a boy like that feel comfortable being literally tucked into bed at night? I don't think so. What makes it all the more annoying is that they had the kid from Goodnight, Mr. Tom (Nick Robinson) right there on set, playing Tom's younger brother. That child can act, he's not too young - wouldn't he have been better? 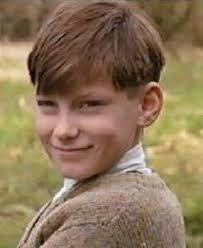 Overall, Tom's Midnight Garden was a decent adaptation and better than I expected. However there is something special about the book, something difficult to explain, that the film just didn't capture. I did quite like the little additions with the adult Tom at the beginning and end of the film, and David Bradley (Filch from Harry Potter) was a good choice for Abel the gardener. But otherwise I'd encourage reading the book instead - although the film might do for a rainy Sunday afternoon.

The book:  - A classic children's book, worth a read.
The film:  - A faithful adaptation, but missing some of the magic.

They Got the Point