In Defence of the Disney Princesses...

I had to get this post out sooner or later - although it doesn't technically relate to things 'based on the book'. In all the fuss around Frozen, Disney's most talked about offering since the nineties, I've read and heard plenty of what I would call 'off' comments, about my lovely Disney girls. As happened with Brave, the introduction of a Disney princess who 'doesn't need a man' seems to have given people, even Disney fans, the license to lay into all the Princesses who have gone before. They say - 'finally a good role model for girls.' Well I object to that. You can play the feminist card all you want, but real feminism is about sisterhood, celebrating all kinds of women and the right for girls to be themselves. The Disney Princesses of my childhood - Belle, Jasmine, Ariel, Mulan, Pocahontas - are all strong female role models. Smart, free-spirited, kind, brave - but we're going to discriminate against them just because they happened to fall in love?

Okay, maybe you all need further convincing, so I'll try and invalidate some of the myths surrounding our princesses. Starting with possibly the biggest misconception of them all: 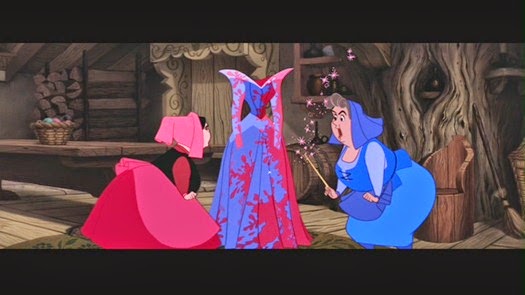 Name me one Disney princess whose main outfit is a pink one. Can you do that? Rapunzel wears purple with some pink and Aurora's dress is pink only for the purposes of the Disney princess merchandise, as there is too much blue in the line up. Cinderella wears blue. Snow White wears blue and yellow. Belle's main dresses are blue and yellow. Jasmine wears blue. Ariel tends to wear blue when she's wearing clothes at all. Pocahontas wears beige - but a blue necklace. Wendy, Alice in Wonderland, that one from Atlantis (does she count?) Meg wears purple, Jane wears yellow, Esmeralda wears red. Mulan wears pink briefly, but since she's in armour for the majority of the film I think we can excuse that one. It is true that little girls are indoctrinated into thinking pink, pink, pink, but Disney ain't the main culprit.

2. Love and Marriage = The Ultimate Goal 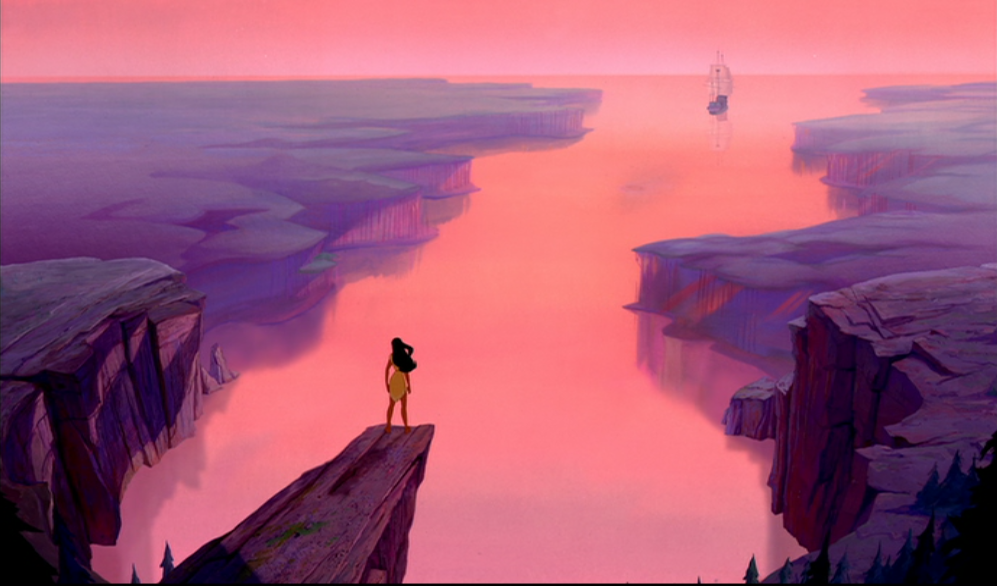 So the misconception here is that all Disney princesses want in life is to find a man to marry them and take them away to his castle. This might be true for some, but when you actually watch the films the majority of the princesses know that there are some things more important than finding the love of your life. So Snow White hopes that some day her prince will come and Ariel's willing to risk everything for a boy she's seen for five minutes. But most of these girls have bigger dreams. Tiana wants to own her own restaurant, Belle wants more than to be somebody's 'little wife' - she wants to find her intellectual equal, she wants people who understand her. Jasmine says specifically that she doesn't want to marry at fifteen, she wants to see the world. And when she does find her true love she is prepared to let him go, as she knows the right thing is for Aladdin to set the genie free and so cease to be a prince. Pocahontas objects to marrying Kokoum - the brave and handsome husband picked out for her, and when she does meet someone she prefers she realises that it is more important she stay with her people, than leave with the man she loves. Even Aurora sacrifices love (the 'peasant boy' she met in the woods) to return and do her duty as princess. Even for Ariel, the biggest romantic of all, it's not just about Eric. Her dream is to be a part of the human world, and she does all she can to achieve that. And that's all before we even get to Merida.


3. The Damsel in Distress 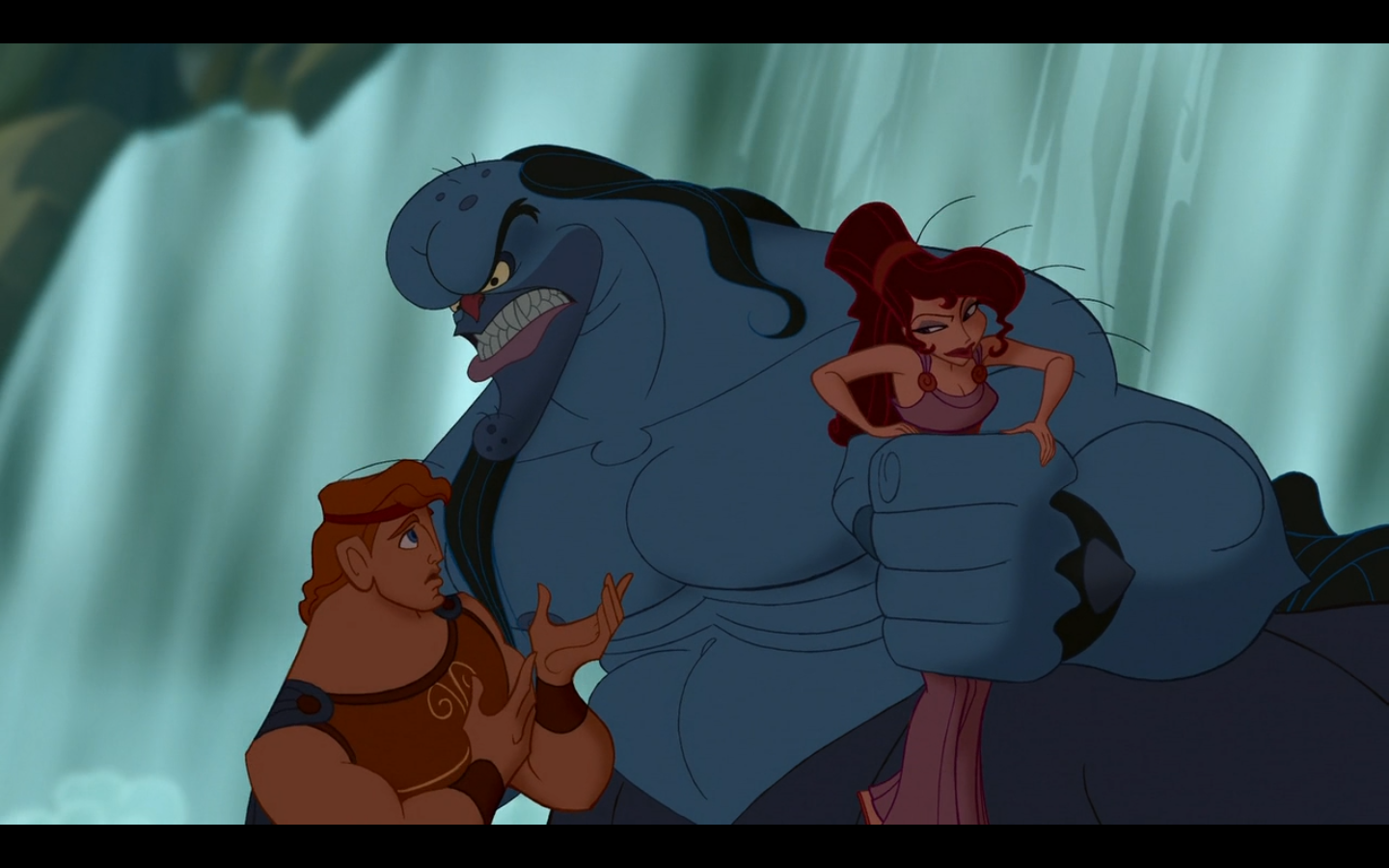 So apparently the Disney princesses can't do anything for themselves, their knight in shining armour always has to save them. Well that's just not true, is it? Ariel rescued Eric from a ship wreck, and later saved him from getting zapped by Ursula. Belle rode out to warn Beast about the mob. Pocahontas risked the fury of her own people to save John Smith from being clubbed to death. Meg pushed Hercules out from under a falling Rock, saving his life. Even Snow White found herself a place to stay and a job with the dwarves. Jasmine might have got Aladdin that lamp a whole lot sooner if he had realised that she was creating a distraction by kissing Jafar. Rapunzel imprisoned Flynn with her hair, is pretty handy with her weapon of choice (a frying pan, but better than nothing) and SPOILER ALERT figures out the mystery of her birth all by herself. Oh and Mulan? She only saved the whole of China. 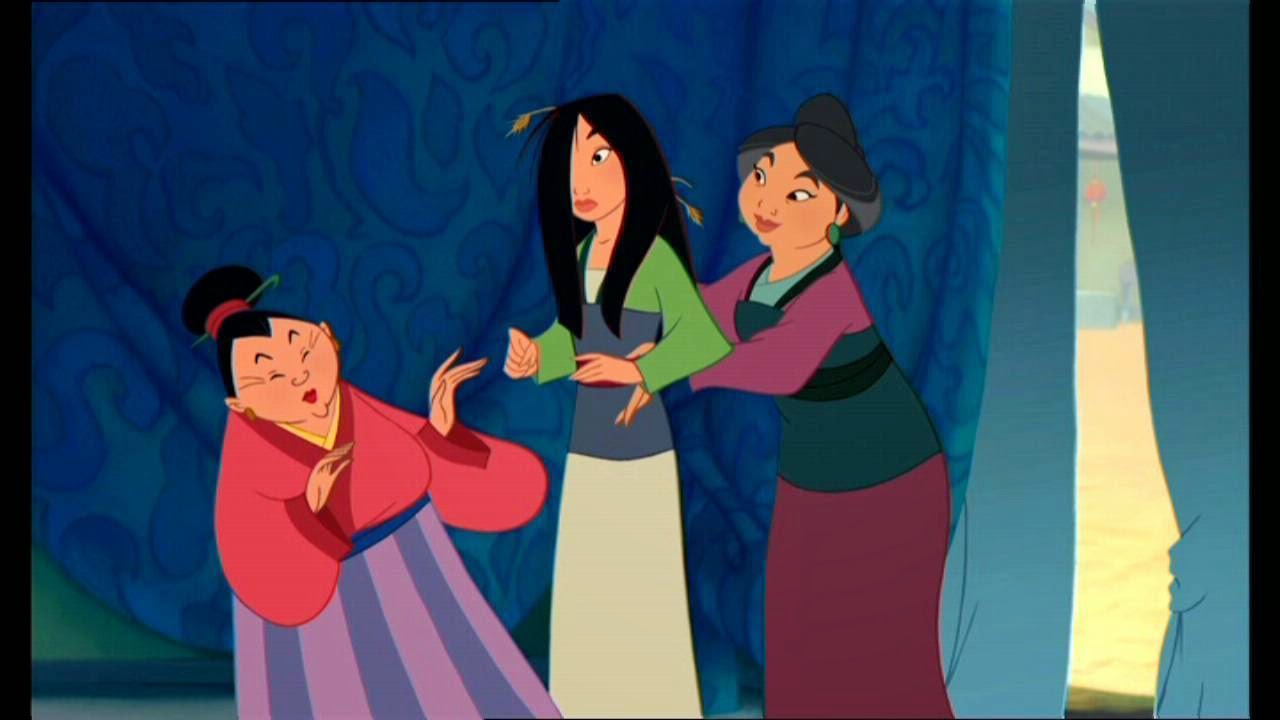 So the Disney princesses are reported to be practically perfect in every way, but Frozen's Elsa wasn't the first to feel as if she didn't fit in. In fact a recurring theme within the princess films is feeling like a reject. Mulan is messy, disorganised and far removed from the expectations of what a woman should be within her culture. Yet she is kind and brave and doesn't deviate from who she really is throughout the entirety of her story. Ariel is wild and rebellious and she stays wild and rebellious - not reigning in her crazy even in front of Eric (remember that carriage ride? Or the 'snarfblat'?) yet he accepts her for who she is. Pocahontas stays true to herself and never flinches from telling John Smith exactly what she thinks. Meg is sarcastic, Belle is bookish, Esmeralda is a thief and an exotic dancer, even Snow White spends her time telling the dwarves exactly what to do. These aren't the kind of personally traits you'd find in 'How to be the perfect wife' but that's not the aim for this lot, remember? Their aim is to accepted for who they are in all their oddball, opinionated, adventurous glory. 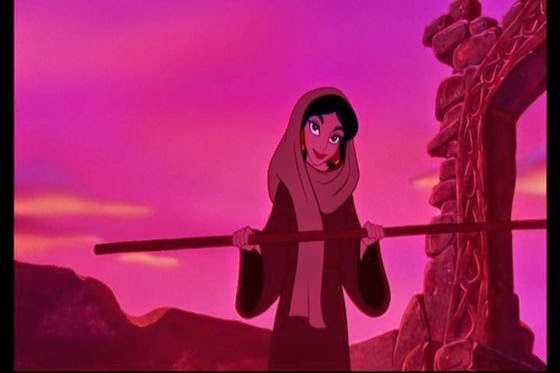 Sweet, innocent and beautiful with not much between the ears - that's agreed on, is it? They shouldn't be role models because they're just uninspiring victims. Wrong. Mulan, first of all, is basically the poster girl for the smart, strong woman. Intuitive, creative and bold, Mulan taught me and the other girls of my generation that although women might not be as physically strong as men, they can more than make up for that by using their brains. Whether she's discovering that by tying the two weights together she can pull herself to the top of that pole without having to rely simply on brute strength, or working out that shooting the canon at the mountainside and so creating an avalanche will achieve more than killing one man, Mulan constantly out thinks everyone around her. She wins Shang's heart but she never dumbs herself down to do so. Then there's Belle, a reader and dreamer, misunderstood by the townspeople because she won't settle for a handsome bully. Jasmine is quick to catch on when Aladdin helps her escape from the man at the apple cart (she pretends to be 'a little crazy'), discovers Aladdin's true identity, and distracts Jafar so Aladdin can get the lamp. Pocahontas is wise about the world and it's people and curious for further knowledge. Not one one of them is stupid - even the earlier Princesses often have a sharp tongue (Cinderella) or a capable hand (Snow White). 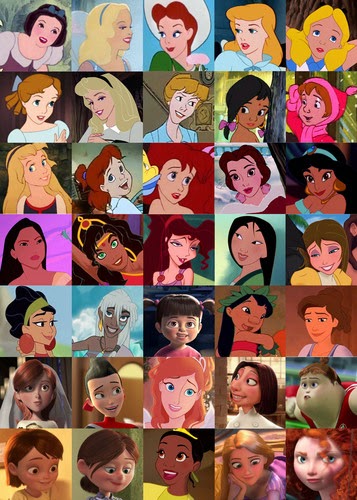 When it comes down to it, everything you ever heard about Disney Princesses being bad role models is a big old lie. Snow White, Sleeping Beauty and Cinderella are perhaps a little old fashioned - but these films were made in the thirties and fifties, and the strength they lack is more than made up for by the Disney heroines of the nineties. And if the early princesses are not especially feisty or courageous they are kind and hard-working - since when have those been negative values?

The Disney princesses are all very different, but each have valuable qualities and all are unfailingly true to themselves. With so many un-favourable female stereotypes and unrealistic expectations of appearance and behaviour in the media today, it is baffling to me that people continue to heap blame on the Disney girls. The princesses are beautiful, yes, but they are also smart, kind, good, bookish, sarcastic, wild, ambitious and determined by turns. The message of be true to yourself and your dreams is repeated over and over, and if this is indoctrination then it's indoctrination of the best kind.