The Princess Diaries: Book vs Film 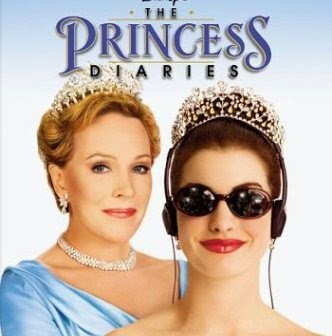 Film or TV - Film
Famous or Obscure - Famous
Better on Page/Screen - Page for me.

For my next review I thought I would take a detour into teenage fiction, with Meg Cabot's The Princess Diaries - or as book Mia would say 'The movie they made of my life.' The Princess Diaries began as a series of books for teenagers that tell the story of Mia Thermopolis through her diary entries - in addition to notes scrawled in lessons, online conversations etc. Mia is an ordinary girl living in New York City who discovers that she is in fact heir to the throne of Genovia - a small European principality. Her life is turned upside down and she begins to take 'Princess lessons' with her eccentric grandmother, while the everyday pressures and struggles of teenage life remain ever present. 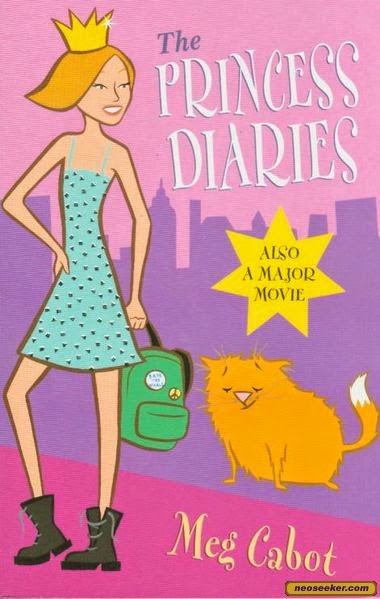 As with a lot of adaptations, it was seeing the film that first directed me to the books - though admittedly at about nine or ten, I wasn't the right age to appreciate them thoroughly. Still, I laughed a lot, and on returning to the series a few years later I enjoyed the books to their full advantage. Meg Cabot is one of the best modern writers for teenagers and her style stands out to me for two reasons: Firstly, it's addictive. The chapters or 'diary entries' are usually very short, no more than a few pages, convincing you that you might as well read the next one, then the next. This combined with relate-able characters, a first person narrative and an easy, chatty writing style sucks you in much too quickly - and keeps you there. I'm ashamed to say that the majority of Meg Cabot novels on my bookshelf were finished in one sitting. Secondly, her writing is funny. When I first read the Princess Diaries series I laughed out loud constantly, especially during the scenes involving Grandmere. Some of the characters and situations may be over the top, and re-reading some of the early books now, I realise that Mia does nothing but whinge about her life (which is pretty good, if you ask me). Yet as a teenager, I empathised completely - the characters were warm and relateable. There is one thing that bothers me, however, about the novels as a whole. The time span. At the beginning of the series Mia talks about Buffy, Leonardo DiCaprio in Titanic and Princess Diana. By the end of the series - only four years later, Mia's time - they all have blackberrys and comment on Lindsay Lohan's lifestyle. It's a small thing, and I know it makes sense to move with the times, but the differences become obvious when the novels are read in sequence. 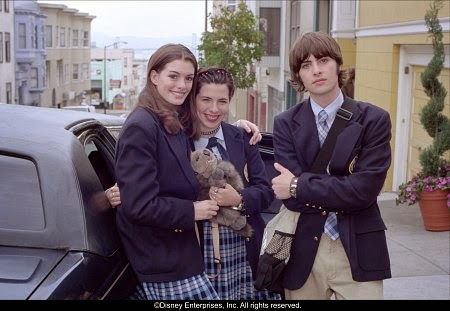 It's difficult to compare the Princess Diaries novels to their movie counterpart, as the series seems to me totally disparate to the film. The books have different and more characters, a bigger scope, a more teenage tone - yet in fact the film's plot sticks reasonably close to the first book. Although it would be easy for a fan of the books to hate the changes, I'll admit that the biggest edits are in the characters and the small details. Honestly I feel that the essence of the story is not lost. (This isn't Avalon High, after all.)

The differences between the book and film can, I think, be best summed up by Mia Thermopolis herself. As more Diaries were published following the film's release Meg Cabot was able to comment on the adaptation through her characters. I enjoyed hearing Mia's opinions on 'the movie of [her] life', whether that Lana was perfect, or Michael was hot (really??) or how Lilly got angry at the portrayal of herself, which Mia secretly thought was accurate. Her overarching statement however, was that it was good... 'except they made Grandmere nice and my dad dead an' all.'

Killing the dad was, I think, an understandable choice. I'm fond of him in the novels, but the film is aimed at family audiences. Parents of little girls might not enjoy explaining testicular cancer and that the Prince is now incapable of conceiving any legitimate children. Better just to say 'he's dead, and she's next in line.' However, the character of Grandmere  is possibly the highlight of the Princess Diaries series and it's a shame she had to be toned down. I understand this too - they wanted Julie Andrews. Andrews does play the part that she is given exceptionally well, and her Queen Clarisse is fun and likeable. But Julie Andrews seems like fun herself - I'm sure she could have pulled off the eccentric-European-with-tattooed-on-eyeliner look? No? Well it would have been hilarious anyway.

Below: Julie Andrews' portrayal of Grandmere... and how I tend to imagine her... 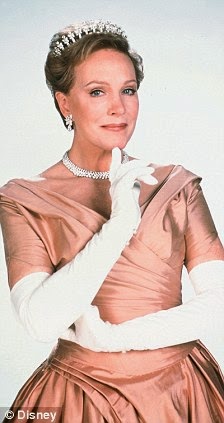 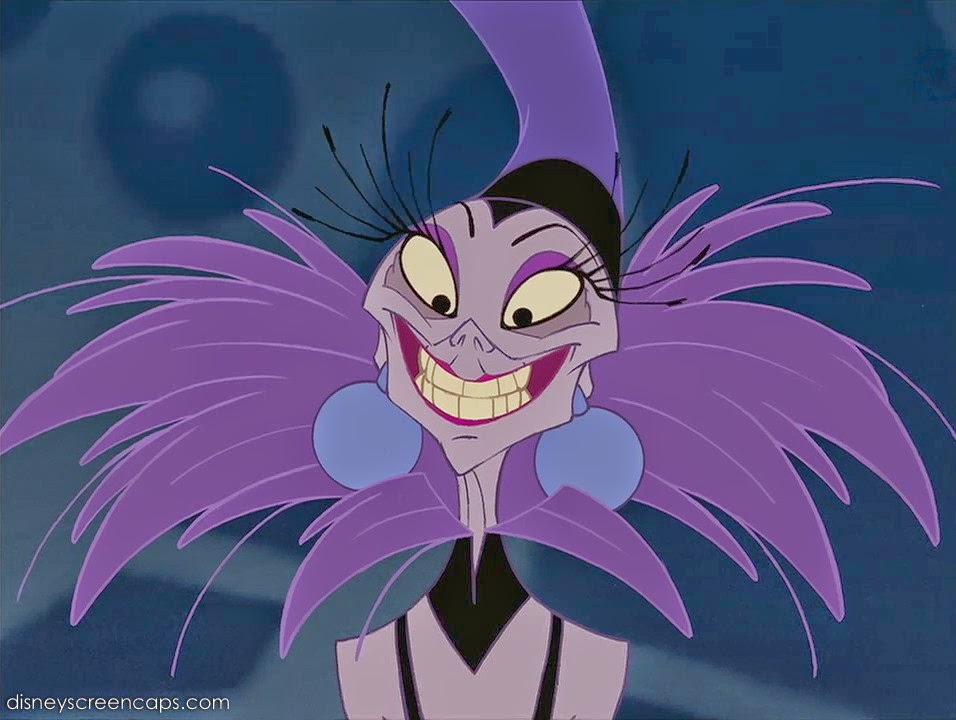 Overall, when it comes to the film it's mainly characters I miss. Tina Hakim Baba especially, and the rest of Mia's friendship group (although Lilly is very good). Then there's Lars, her bodyguard (replaced by Joe, the annoyingly likeable chauffeur). Oh, and the tiny fact that they changed Mr. Gianni's name to Connors. And set the film in San Fransisco, not New York. And made Boris into 'Jeremiah'? I'll stop now.

As you can see by the nitpicking nature of the last paragraph, there wasn't anything major that bothered me about this adaptation. In fact the only bit I really hate is when Michael says that awful line - "I consider myself royally flushed." Seriously. How can you make such a bad pun and act all judge-mental at the same time? And she already said sorry!!! But back to the point. The Princess Diaries is a fun family film, and the books would be perfect for any girl who enjoys light-hearted, teenage fiction. (I would also recommend The Mediator series and Avalon High by the same author). If you can get over the changes from book to film they are both enjoyable - and even The Princess Diaries 2 is worth a watch, despite being only based on characters created by Meg Cabot.

Extras:  Already a fan of the books? Well apparently Mia keeps a blog in college - have a look, not as good as the books but worth a read -  http://www.miathermopolis.com/

And here's the Princess Diaries 2 trailer...

My Rating:        They Got the Point
Labels: Anne Hathaway Chick Lit Julie Andrews Meg Cabot Reviews The Princess Diaries They got the point YA fiction