Happy Easter! Hope everyone had a good one. Despite a big lack of inspiration, lately I've been thinking of ways to expand my blog while keeping everything true to theme. It was during a spontaneous cinema trip to see the new Spiderman, sitting drinking a stupidly expensive drink and thinking how badly I wanted Gwen Stacey's entire wardrobe, that I had my light-bulb moment. Is that the way she dresses in the comics? Are the long socks some sort of signature? Maybe I should find out. So, here's my new segment - How characters' clothes make the transition from book to film - Costume Stuff for short. 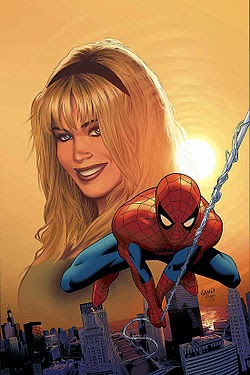 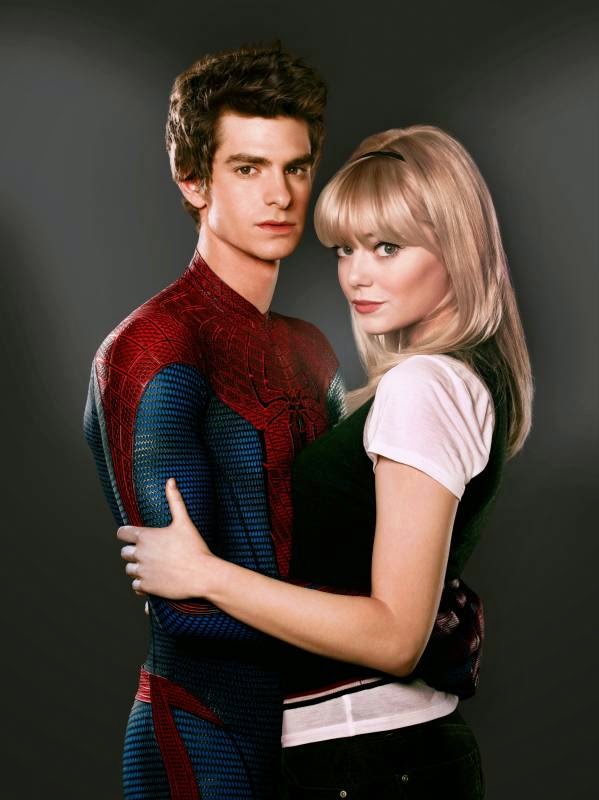 As comic books and their adaptations go, I've never really been a fan. They're not exactly aimed at the female market, what with overkill of action sequences and the girls always having to be rescued. But I did always have a soft spot for the old Spiderman films (are they more character based than most Marvel stuff do you think?) and the new ones are even better.

The Spiderman comics became popular in the sixties, which explains (in addition to some of the cheesier elements to the stories) the inspiration behind Gwen Stacey's clothes. The preppy coats and jumpers, the hair, the little skirts, the long boots - you can see where the costume department have drawn their inspiration from, yet the character does not look out of place in a modern setting. 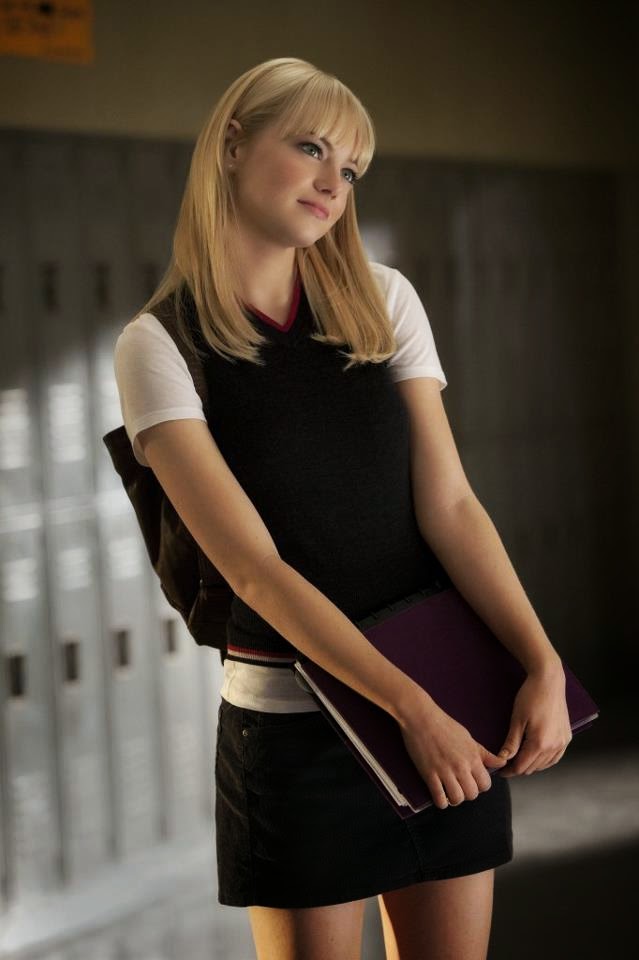 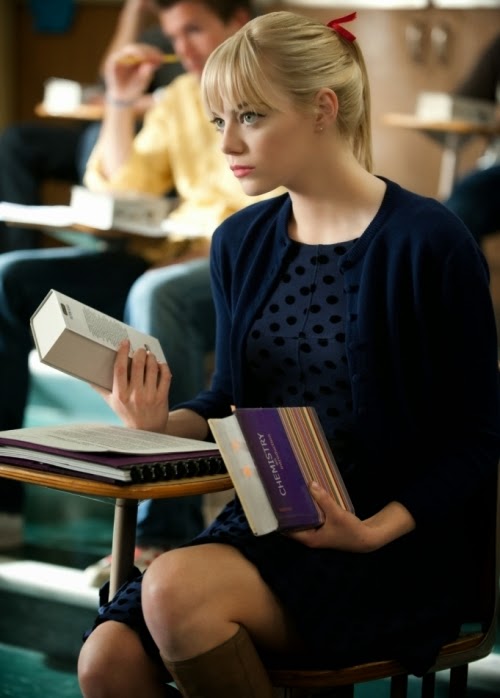 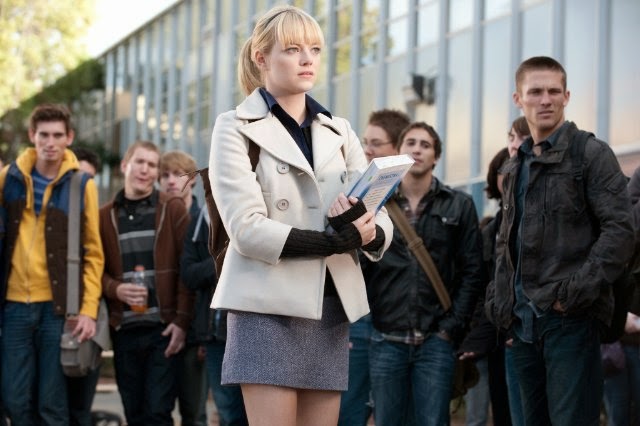 In the first installment of The Amazing Spiderman Gwen is a high school student (unlike in the comics, where she first meets Peter in college) never seen without a neat black hairband, mini skirt and knee high boots. I especially love her little blue spotty dress. 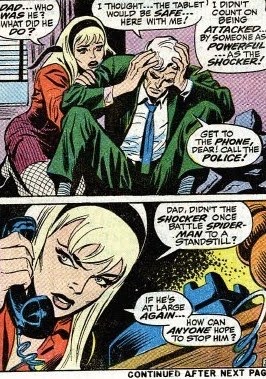 The Gwen of the comics is also partial to a hat or a colourful jumper and the costumers have taken this into consideration... 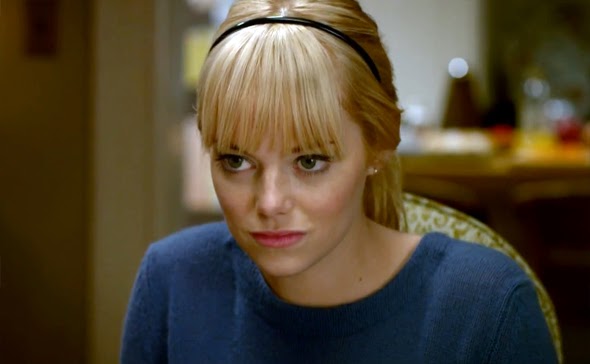 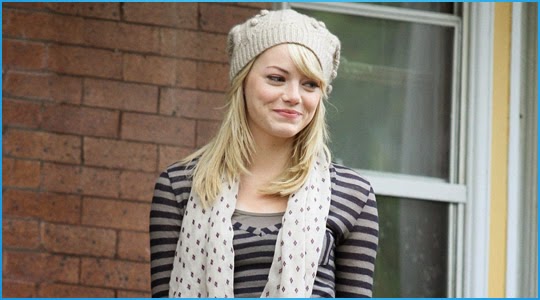 I love this blue jumper. It's the simple items (like the hairband too) that make Gwen's outfits special.


Emma Stone's Amazing Spiderman wardrobe really catches the eye, but in the second installment, the costumers really step it up a notch with some gorgeous coats and jackets. 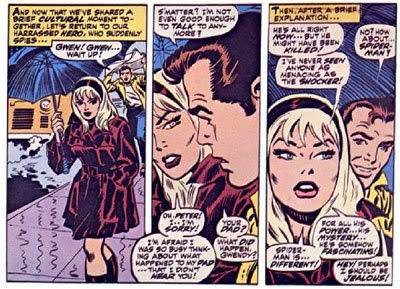 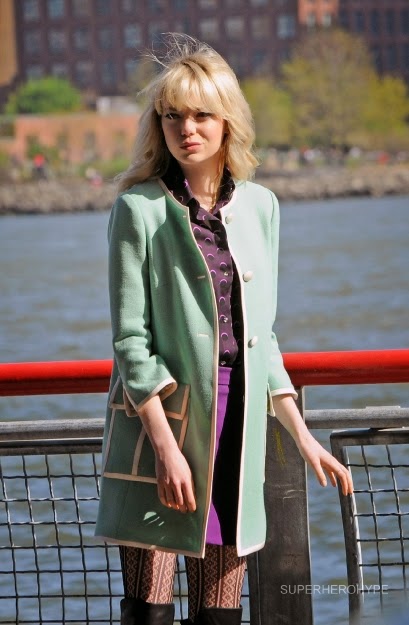 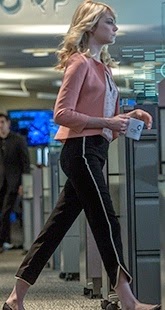 And of course in the first film we also see her dressed in a lab-coat, complete with the trademark boots... 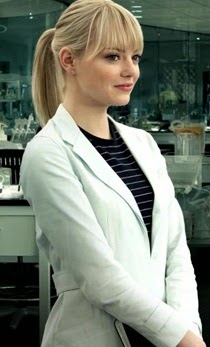 The lab coat is a trademark piece that defines the difference (or what seems to me the difference, I haven't actually read the comics, sorry!!) between comic book Gwen and Gwen on screen. Emma Stone's Gwen Stacey builds more on the smart, academic side of the character than the damsel in distress. She's Oxford material, an intern at an important scientific corporation, and when she tries to help our hero she does actually have something valuable to contribute.

Gwen Stacey's costumes reveal both that the film-makers remember the origins of the character, but also that this Gwen Stacey is part of the 21st century. I think that the clothes reflect that - and they look great either way.