Prince Caspian is the second of the three current Narnian films, all of which I hope to review eventually. Yes, its the films I prefer - the BBC TV series was slightly before my time and therefore I can't really appreciate the bad special effects and terrible child acting that some people cherish. Perhaps I should have started with The Lion, the Witch and the Wardrobe, but Prince Caspian is my favourite of the films and I have the most to say about it.

First of all, I'll admit that I'm always surprised that even though the Narnia chronicles are classed as famous children's books, it's rare to meet a person who has actually read them. I had my problems with a few of the novels - don't even mention The Last Battle - but overall I really enjoyed the series and I think that a lot of kids today still would.

Prince Caspian is the fourth book chronologically, the second written and since it is the first sequel maybe some of its flaws can be excused. The story picks up one year after The Lion, the Witch and the Wardrobe left off, with the four Pevensie children returning to boarding school. At the train station they are thrown back into Narnia by magic, where they find that hundreds of years have passed since their own reign. The concept is great, and I loved all those early scenes in the book, when the children find that they are in the ruins of Cair Paravel, and re-discover their old things in the armoury. I especially love the bit where they compete with Trumpkin - a Dwarf who finds himself stuck on the island with the children - to prove that they are the four kings and queens of old, not least because Susan gets her chance to shine. These early chapters are faultless, yet as we get further into the story the focus turns to the eponymous Caspian. We take a detour into his childhood, followed by his escape from his tyranic uncle, his discovery of the old Narnians and his joining with them to fight against said tyranic uncle. Caspian is a sweet character, but without the Pevensies everything seems just a tiny bit dull. There are battles and war councils abound, yet the four English kids are still wandering Narnia trying to find Caspian. 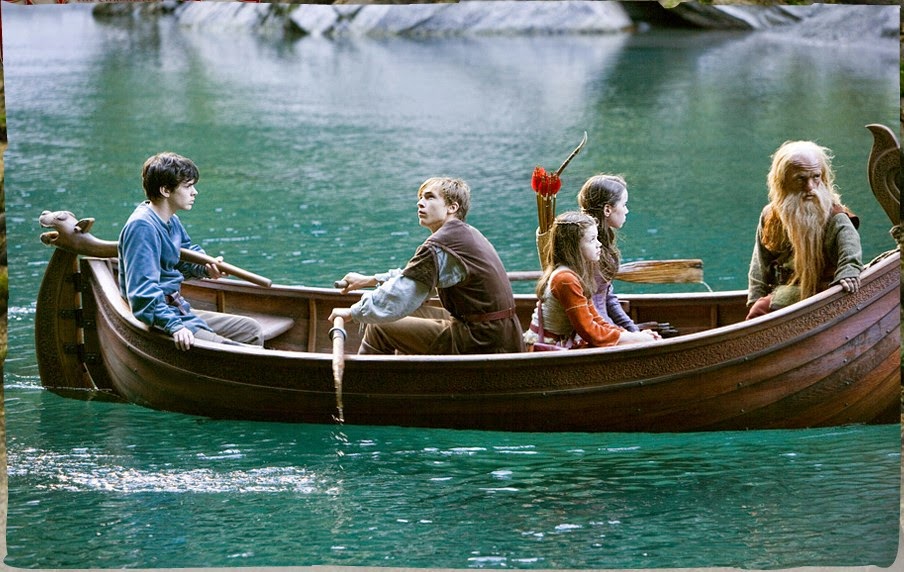 This was one of the changes that I approved of in the film - the two sides of the story combine relatively early on, meaning that we get to see much more interaction between the prince and his ancient predecessors. Ben Barnes makes a charismatic and pretty Caspian, and the rivalry between him and Peter definitley livens things up. Ok, so in the book there is no rivalry between them, but in this series of films Peter is a bit of an idiot, so naturally he clashes with everyone he comes into contact with. Book purists may be upset by this portrayal of Peter, but to be honest Peter always irritated me in the novel (he says Lucy is his favourite sister - YOU ONLY HAVE TWO! WHO SAYS THAT??) and here his negative traits are simply magnified. The direction the filmmakers have taken with Peter's character also serves another purpose - to show the difficulties that the children must have faced in regressing from respected adult kings and queens to, well, children again. Peter appears pushy and arrogant, but we remember that its not long since he was high king of a whole nation, and he is still struggling to cope with his loss of influence. I also enjoyed the portrayal of Edmund, as the younger brother who always has Peter's back, but never gets the spotlight. 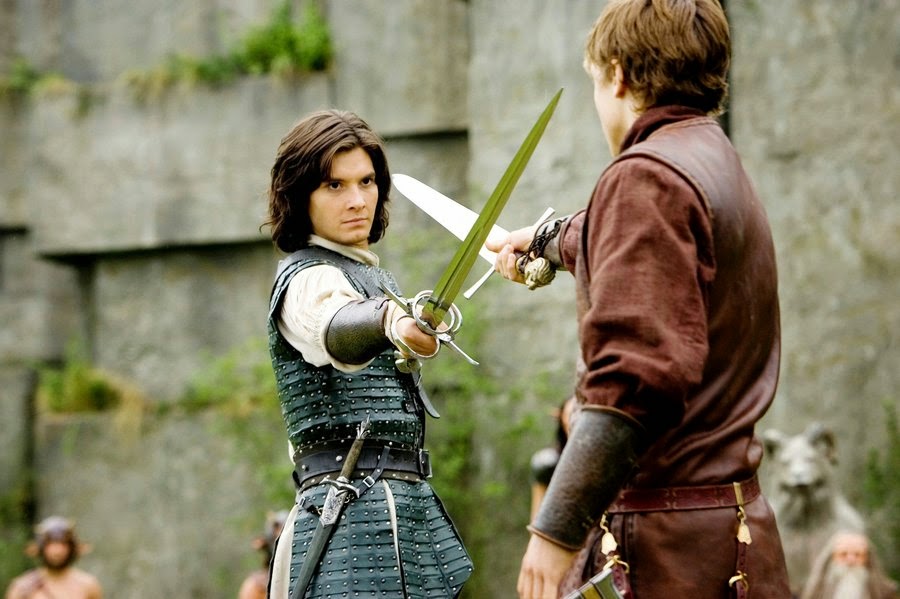 The struggles of the children however, are a subplot to the central struggle, that of the conquering Telmarines (baddies) versus the Old Narnians (goodies.) The plots are incorporated well, and Miraz's treacherous councillors are woven into the story more successfully than Lewis himself manages - they seem a little tacked on in the book. The battle scenes are vivid and enjoyable, yet the attack on Miraz's castle is a controversial addition. There is nothing like it in the book, and it shows the failings of both Caspian and Peter. Although the scene is exciting, it is also sad to see two characters who are supposed to be admirable making such selfish mistakes - I suppose the point is that they're only human. Another addition that raised some complaints was the romance between Susan and Caspian. This would be an unlikely pairing in the book, as the two Pevensie girls barely meet with Caspian, yet in the film it makes sense. The relationship is done well, just a few sweet little moments and a lot of chemistry - nothing to disrupt the canon. I like Susan and feel she gets a rough deal in the books, for basically acting like a girl. I liked that as well as giving her a love interest, the film brought Susan into all the fight scenes, showing her bravery and skill with a bow and arrow. Yes she's a girl, but that doesn't make her useless. 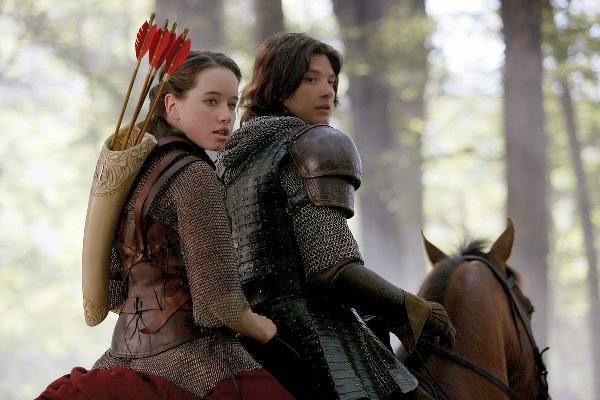 The film has it's flaws of course, one perhaps being that the scenes with Aslan are so s-l-o-w. Yes, Liam Neeson has this great majestic voice that is to its best advantage when he speaks s-l-o-w-l-y but seriously, there's a war on! Get some urgency Aslan, and get on with rescuing the people who are waiting for you. I also missed a favourite scene from the book, where Aslan and the girls go through a Telmarine town freeing all the people from school and work. I can see why it was cut, but its a great scene, very joyful.

Prince Caspian  was never going to live up to The Lion, the Witch and the Wardrobe at the box office, as the book is nowhere near as popular. Yet as an adaptation of the book it is at least as good. The cast is great, especially Eddie Izzard as the voice of Reepicheep and Peter Dinklage (Tyrion from Game of Thrones) as Trumpkin. But seriously, does Tilda Swinton have to get in on every Narnia film? She clearly loves the part, but the White Witch is not supposed to be in this one! Or Dawn Treader. I don't know how she wangled it.

The Book:  A solid sequel to The Lion, the Witch and the Wardrobe.
The Film:   A fun fantasy adventure, with the odd slow scene.