Casting: What flew, and what failed?

My Choices of the best - and worst - casting decisions, when transferring well loved characters to the screen....


On hearing that a well- loved novel is being adapted for film or television, the dedicated book fan will wait with trepidation for the cast to be announced, for it is then that we gain the first insight into whether or not the film-makers have any idea what they're doing. Bad casting decisions often spell disaster, for get the main character wrong and you immediately alienate the fans - at least to some extent.Here's my list, the choices that made me sigh with relief, and those that provoked a slightly more violent response... Enjoy! 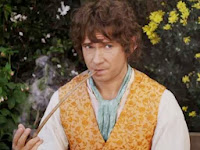 We waited so long to see who would be cast as the eponymous Hobbit in Peter Jackson's eagerly anticipated prequel, and we were not disappointed. Freeman was born to play this role. Shame the rest of the film didn't stick so closely to my imagination.

2. Blake Lively as Bridget Vreeland
The Sisterhood of the Travelling Pants, 2005

I watched the film before I saw the book, but when I went back and read the source novel, I just couldn't get over how perfectly cast the actress was. All four of the sisterhood were great, but Bridget was closest to her book character. Lively really captured Bridget - although not so much in the sequel. She'd gone all Serena by then.

A controversial one, this. Sharpe is a black-haired Londoner, Bean is a fair-haired Yorkshire-man. But despite these factors, Sean Bean's depiction of Sharpe is, I think, spot on. Any actor who actually caused the writer to alter his character, because he enjoyed the actor's portrayal so much (in later Sharpe stories, Cornwell adds bits to Sharpe's back-story explaining his Sheffield accent, and tries to avoid mentioning the black hair) must have done a good job. 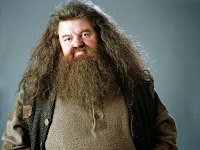 Jj.JK Rowling herself wanted Coltrane for the part, saying he was just as she'd imagined. He does a great job, and is the best of a well-cast bunch in the Potter films.

Already explained in my previous post, Leigh acts the strong and the silly in Scarlett with equal skill - and she looks almost exactly as described in the book. Then again, if I was American maybe the assumed accent would be a problem, but I'm no expert and it sounds authentic to me.

Again, controversial. Rochester is supposed to be ugly, and Stephens is certainly not (actually, if you saw him in the horrific Great Gatsby, 2000 you might disagree). However, he has both the charm and the gruffness that Rochester needs and has perfectly captured the character's sense of humour - something many adaptations manage to overlook. 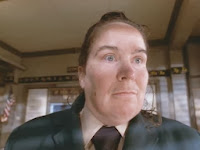 God, she was perfect. Maybe I was just relieved to see an actual English person in this film, but I thought her look, all her mannerisms and the way she spoke really recreated the Trunchbull of my imagination. Definitely scary enough, but funny too.

1. Johnny Depp as Willy Wonka
Charlie and the Chocolate Factory, 2005 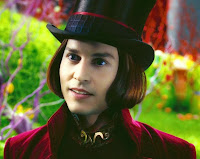 Did anyone like him in this? He was terrifying! I know Willy Wonka is eccentric but he is not that nuts. I never liked the old film - don't shoot me, Roald Dahl didn't like it either - but this version is even worse. No child would want a golden ticket if it meant spending time with that weirdo. Grandpa Jo was better in the new film though.

I'm genuinely not meaning to bad-mouth this actress, because I  think she is very talented and versatile. I like her in everything else she's in - but she was miscast here. Not young or pretty enough (I'm sorry!) and more subdued than silly. Don't know what they were trying to do with the character, but it didn't work.

The majority of people have not read or heard of Avalon High, but the book, by Meg Cabot, was one of my favourites as a teenager. And Disney channel butchered it. I'm not one of those who loathes Disney channel original movies on principal - I love a bit of High School Musical - but this killed a piece of my soul. Ellie is supposed to be a tall, socially awkward and geeky girl, and a runner. The Allie of the film is a petite, perfectly put together and pretty blonde, who can't run to save her life. That's not Ellie, that's Jennifer. Read the book, and you may understand my ranting.

I'm sorry for Bonnie, I am. She started off well, back in Chamber of Secrets. Who knew that the character of Ginny was going to call for someone with enough charisma to become Harry's love interest? And it's not the actress's fault that the direction of the sixth film was awful, that they presented Ginny in completely the wrong way, making her awkwardly tie Harry's shoelaces and feed him pies. But the fact is that Bonnie Wright has no screen presence, and Ginny should be anything but bland. There is a total lack of chemistry between Ginny and Harry, so much so that by the end I almost wanted him to get with Luna instead - despite my usual dislike for anything off canon. The franchise was lucky with most of it's young actors, but sadly, not with Ginny. 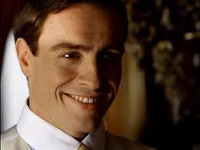 An obscure T.V version from the early 2000's that should - and probably already has been - forgotten, chose Stephens for this role. I'm not a big Gatsby fan, but even I knew that he was ridiculously miscast here. His attempt at an American accent is especially painful. Paul Rudd makes a good Nick Carraway, but it's not enough to detract from the horror of Stephens.

I feel a bit pretentious putting a Shakespeare play in this list, but this is one of those films that they show you in school all the time. Even having studied it vaguely, Reeves seems wrong for this part. I don't know why he seems so out of place, but I just laugh every time he's on screen, and I don't think that's the response they were going for. 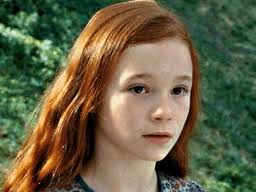 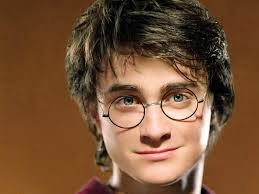